How Does Inflation Work?

In recent news the world witnessed Venezuela’s turmoiled path to hyperinflation. According to a recent report by the International Monetary Fund, Venezuelan citizens have been experiencing price hikes on consumer items of 200% week to week, and that’s just things like coffee and bread. Behind the cause of Venezuela’s inflation is rumoured to be corrupt […] 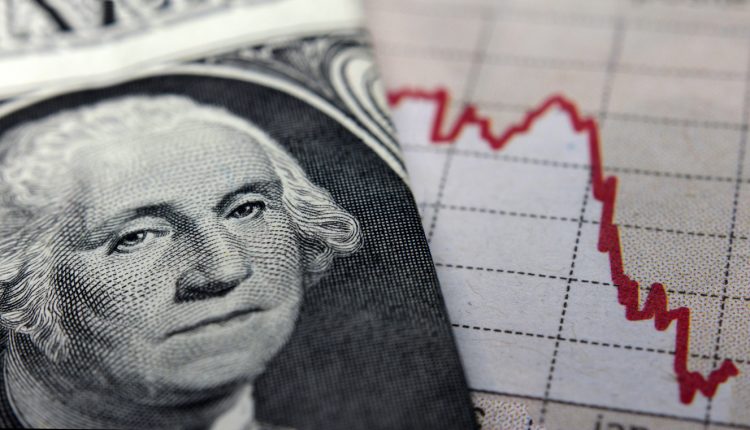 In recent news the world witnessed Venezuela’s turmoiled path to hyperinflation. According to a recent report by the International Monetary Fund, Venezuelan citizens have been experiencing price hikes on consumer items of 200% week to week, and that’s just things like coffee and bread.

Behind the cause of Venezuela’s inflation is rumoured to be corrupt politics, price-fixing and social unrest, but much of the capital crisis began with rising prices of raw materials and a large reliance on imports for day to day living. Since 2015, an estimated 1.6 million people have left the country making themselves economic refugees elsewhere.

However, before we can understand how Venezuela, once a country with one of the strongest economies in South America, came to bust a 3-month annualized inflation rate of over 1,200,000%, we should learn about inflation and how it works.

Inflation is often considered the pinnacle of modern economics, but it’s not just a modern phenomenon. It goes way back, and has impacted exchanges, banking and commerce for hundreds of years. Today, inflation primarily influences interest rates, including but not limited to mortgages, pensions, payments, accounts, and all in all, the price of goods and services. On the back of all these, inflation also impacts investors.

Inflation is usually measured and discussed according to two systems: The Consumer Prices Index (CPI) and the Retail Prices Index (RPI). These change according to data on how much stuff costs, how much people spend and how much something is valued, over time. The percentage figure shown by the measured CPI, i.e. 1.5%, means that goods and services are costing 1.5% more than the previous year. In theory, CPI should fluctuate according to supply and demand and therefore inflation occurs quite naturally in most countries, like the US and the UK, while in countries like Venezuela, the equation is littered with impacting factors that are difficult to even make sense of.

CPI figures in the UK are measured up to at least three decimal places and reported rounded up to a single decimal place. In Venezuela, they are far from reporting CPI in decimal round-ups, and perhaps they may never again. Once the fast-paced acceleration towards hyperinflation occurs, it’s very difficult to come back. Two famous examples of similar hyperinflation that have occurred are 1920s Germany and 2008 Zimbabwe, and in the latter case the solution was a complete overhaul of the African nation’s currency and dollarization of its economy.

The natural turnaround of inflation is that when the prices of items increase, the value of the currency buying the items decreases. For example, if I bought a cup of coffee for £1.50 last year, and this year it cost me £1.55, then for the same cup of coffee, I’ve had to spend more money, which on the flip side means my money is worth less; it’s worth less cups of coffee.

This video explains it well.

If we take a look at the changing prices of a cup of coffee in the UK compared with Venezuela, over the last four or so years, it may look something like this:

Since Venezuela’s established position as a leading economy in South America, it has come a long way in doing bad trade. Prices of daily used items and household groceries have been coupling MoM. The main reasons behind this are a, shortages in state manufactured and produced goods, and b, a shortage of imported goods due to poor international relations. Within this equation is oil, which forms a majority stake in Venezuela’s export economy and a greater part of its GDP, given that Venezuela is home to some of the biggest oil reserves in the world. A slowdown in oil production since Maduro’s government came to power, mainly due to a lack of historical investment in the sector compared with the rest of the world’s oil markets, consequently resulted in a 45% reduction in GDP since 2013.

Pre-2013, Chavez was in power, and managed to keep the country’s economy afloat via oil revenues, but when he died of cancer in 2013, Maduro came to power and when global oil prices crashed, he failed to maintain stability. He ordered money to be printed to pay employees and continued to dispense state welfare. He then proceeded to control the price of household groceries, like flour, eggs and cooking oil. As CPI figures increased, the value of the Bolivar decreased, making foreign imports even harder. These events, combined with a collapse of import trade, led to the current hyperinflation that exists today. Further scarcities in food and medicine have also created hostile local environments, with protests and riots taking place across the country.

At this point, having depleted the state’s foreign exchange reserves, nation’s like Russia and China are no longer willing to help. Venezuela also cut off ties with the IMF in 2007, and the chances of a current bailout are slim. Although reports indicate Venezuela is on route to hit the 1 million percent inflation mark this year, according to the BBC, Venezuelan officials plan to resolve the country’s current economic anguish with very unorthodox methods. Nicolas Maduro’s government introduced a new digital currency, launching an Initial Coin Offering (ICO) for Petro this year. Serious doubt surround this move, as it is widely agreed the Petro is simply smoke and mirrors, with no real value. On the other hand, the government claims it raised $735m with the ICO, mostly backed by oil. The aim is to circumvent US and other countries’ economic sanctions, originally put in place due to political squabbles, and open the country up to international investment. They also intend to turn things around by introducing urban chicken and rabbit farming…