It’s been exactly a year since Harvey Weinstein was first accused of sexual harassment and assault. Since then, more than 50 women have made allegations against the Hollywood mogul, whilst the #MeToo movement has rapidly spread around the world with a shocking number of powerful men across a number of industries being pushed out of […] 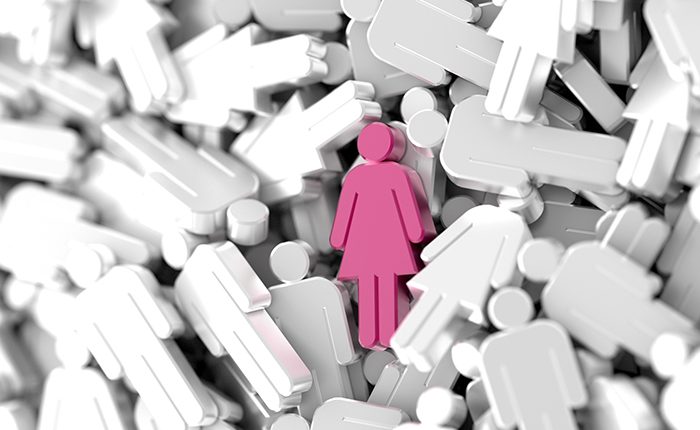 It’s been exactly a year since Harvey Weinstein was first accused of sexual harassment and assault. Since then, more than 50 women have made allegations against the Hollywood mogul, whilst the #MeToo movement has rapidly spread around the world with a shocking number of powerful men across a number of industries being pushed out of jobs and publicly accused of sexual misconduct. But despite the widespread popularity of the movement, it seems like the finance industry has been, to an extent, immune to claims of sexual harassment. Of course there have been cases that have been reported in the past twelve months, with Merrill Lynch employee, Jean McCrave Baxter, suing the firm over sexual harassment and discrimination being one of the most recent examples. Yet, many women in finance who have been harassed are reluctant to coming forward to talk about the abuse and most of the very few individuals who have spoken up openly about it have chosen to remain anonymous.

What’s hiding behind the silence?

We all must remember Sallie Krawcheck’s story about a man she met at a conference organised by Sanford C. Bernstein & Co., where she was Research Director, who invited her to his hotel whilst “sticking out his tongue and wiggling it at [her]”. After moving to Citigroup in 2002, Mrs. Krawcheck found out that her harasser was about to get a job at the bank and told its CEO about the experience she’s had with him. After the Chief Executive’s suggestion that maybe this was all a misunderstanding, she threatened to quit, which resulted in Citigroup agreeing not to hire him. Krawcheck said that she’s decided not to name her harasser only because she got her revenge. “He wasn’t in a position of power, and I got him back later”, she says.

The first female trader to be invited into the partnership of Goldman Sachs, Jacki Zehner, on the other hand is withholding the name of her colleague who pulled her out of a taxi as he wanted to take her into his home after drinks because she’s too afraid. She also adds that she would never forgive herself for not reporting him.

Earlier this year, WealthManagement.com reported on the case of a personal banker who was working for a major firm in California and was responsible for 20% of the company’s clients. One of them, a Chief Financial Officer, used to ‘aggressively flirt with her’. “He would say: ‘When are you going to take me to the opera? When are you going to take me to a sporting event?’; I would say: ‘I will take you any time you want to go. You would take a date, and I would bring my husband.’ And he says: ‘No, I want this to be just you.’” On another occasion, she was sat at her desk when another client showed up. “This guy happened to walk in, and in the midst of me having a conversation with these other people, he turned my chair around, kissed me, and laughed”, she explains. “I got up, and I went into the manager. He responded: ‘I expect you do whatever it takes to keep that client.’ So I quit. I walked out the door. It was pretty traumatic because I worked hard to get to that position.”

In January 2018, Bloomberg interviewed 20 women who used to or still work on Wall Street and yet again, asked not to be identified. And although #MeToo has triggered some changes, these 20 women say that throughout their career, they have been ‘grabbed, kissed out of the blue, humiliated, and propositioned by colleagues and bosses but have stayed quiet because of cultural and financial forces that are particularly strong in banking’. These women worry that they have a lot to lose by reporting it and no certainty about what they could gain – all on top of legal agreements that ‘muzzle’ them.

Some may argue that the finance industry has already had its #MeToo moment in the mid-90s when a group of female employees from California to New York sued the giant brokerage firm Smith Barney Inc. for alleged sexual harassment, hostile work environment and job discrimination. The lawsuit prompted a number of other companies to put harassment procedures and mechanisms in place. And although we’ve reached a point where all major financial (and not only) institutions have policies for reporting harassment in place, a WealthManagement.com survey showed that 66% of the women who have been harassed or  witnessed harassment did not use the protocols in place to report the incident. The list of reasons included ‘fear of retaliation and ostracism within the office, the fact that the offender was the victim’s manager or a belief that the complaint would not be taken seriously’. One respondent remembers the one time she informally addressed an instance of sexual harassment that she’s been subject to and the response she got from her management – laughter and an explanation that this was ‘the nature of the beast’.

A lot can be said about the culture within finance, or ‘the nature of the beast’. On a global scale, the financial sector suggests a culture where it’s hard for women to thrive. Long hours, the travel and the pyramid-like structure that includes a lot of junior women, but disproportionately fewer and fewer of them as you get toward the top. On top of this, financial firms and institutions are built on relationships, they value discretion, demand sacrifice and fixate on reputation. The culture in their firms could be so intimidating that some of the women that Bloomberg interviewed for example are scared that bringing a sexual harassment claim to light could permanently alienate bosses, colleagues, and even rivals. Many in finance tend to attribute it to an industry norm, believing that this is the way things get done around here and victims need to develop a thick skin and get on with their life.

Alan Moore, Co-founder of XY Planning Network, a support network for advisers looking to serve next generation clients says: “There is a generation of men that simply don’t recognise harassment when they do it or when they see it. Women have been told time and time again, either verbally or through inaction, that harassment isn’t a big deal. You should just put on thicker skin and get over it. And so we haven’t given women a way to actually end the harassment without basically having to quit their job and move on.”

The unique nature of the culture makes removing oneself from the situation and moving to another company seem like the easier option – you won’t have to talk about it, you won’t have to face judgement and you won’t have to feel embarrassed. Even Sallie Krawcheck and Jacki Zehner, some of the very few women in finance who have had the bravery (and maybe the strong reputation) to open up about the traumatic experiences they have been victims to, have chosen not to ‘name and shame’ their harassers.

“You can have protocols in place that look great in theory, but if nobody is ever actually disciplined for having harassed somebody, then those protocols start to look like your complaint goes into a black hole and you never know what has happened other than you start to fear that you’ll be retaliated against”, says Eric Bachman, a Principal with Zuckerman Law and the Chair of their discrimination and retaliation practices.

“It’s really necessary for [firms] to be out in front of this and treat this like a real business problem that they need to be figuring out the solution to and giving it the appropriate prioritisation within the organisation”, Bachman continues. “And until that happens, you’re going to keep seeing sexual harassment problems in this industry.”

Arguing that every single woman working in finance has been harassed without addressing it was never my intention. I’m confident that there are countless women working in the financial services sector, who have reported the incident or whose gender has never sparked any problems – some even use it to their advantage. However, although the situation is improving, I believe the industry still has a long way to go – more women should take inspiration from women’s voices in other industries and more management teams should persuade female employees that making a complaint is not going to adversely impact their careers.