Globalisation was one of the major talking points at Davos last week. 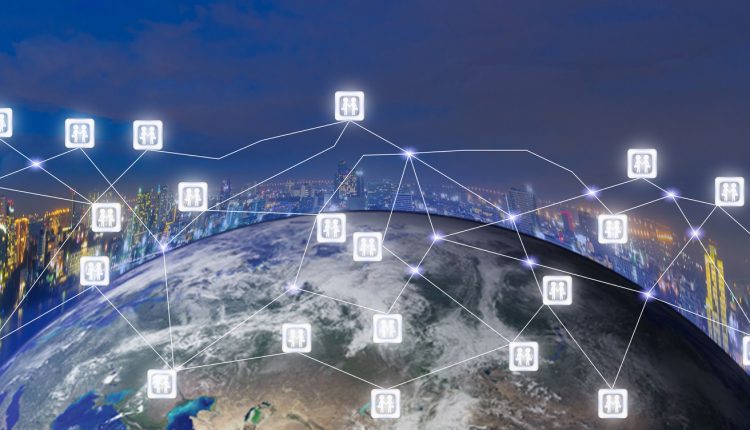 Hann-Ju Ho, senior economist for Lloyds Bank Commercial Banking, looks back at the history of globalisation to understand why it was on the agenda in Davos.

Luminaries from across the political and business world gathered last week for the World Economic Forum (WEF) Annual Meeting in Davos, Switzerland,

Although concerns about near-term global economic growth and trade tensions dominated conversations, the official theme of this year’s forum was ‘Globalisation 4.0: Shaping a Global Architecture in the Age of the Fourth Industrial Revolution’.

But what does this mean and why is it expected to be important for the future?

To understand what Globalisation 4.0 means, it’s useful to look back on the previous waves and consider how they have shaped the world we live in.

Globalisation 1.0 refers to the rapid growth in world trade, mainly during the nineteenth century.

It was driven by innovations in transport and communications, including the railways, steamships and the electric telegraph.

The subsequent reduction in the cost of global transport enabled the separation of production and consumption across international borders, making previously exotic products like tea, sugar and cotton readily available and affordable in markets like the UK for the first time.

Driven by greater international cooperation, the post-war period saw less protectionism and a rapid growth in world trade, at least in western economies.

The third wave of globalisation is thought to have started around 1990.

Further advances in technology, including the spread of the internet, made it easier for different stages of production to be based in various locations across the globe, leading to the emergence of modern supply chains.

This enabled firms to further cut the cost of producing products and delivering services by moving their operations to cheaper locations, known as offshoring.

However, it’s also likely have contributed towards rising disenchantment, particularly where people in more advanced economies feel that they have not reaped the rewards.

The next wave, dubbed Globalisation 4.0, is set to be driven by the Fourth Industrial Revolution, which is happening right now.

The development of advanced technologies like artificial intelligence, big data, nanotechnology, the internet of things, 3D printing and autonomous vehicles all have the potential to significantly impact global productivity.

Unlike the previous waves, which have mainly affected goods-producing sectors, Globalisation 4.0 is predicted to have a much greater impact on services.

Unlike the previous waves, which have mainly affected goods-producing sectors, Globalisation 4.0 is predicted to have a much greater impact on services.

And we live in an increasingly connected world, so the speed of its adoption may also be faster than in previous waves.

Attendees at Davos not only discussed the opportunities that Globalisation 4.0 is expected to create, such as increased productivity, but also considered the growing evidence of a backlash against globalisation.

The WEF could be regarded as the ultimate representation of globalisation, so it is no surprise that meeting the challenges this latest wave of economic change brings for individuals and society were high up on the delegates’ agenda.