Paypal is an online payment system that was established in 1998 with the goal to create a global currency that was independent of interference by banks, other financial institutions, and governments. In 2000, it merged with X.com, which was an online banking company started by Elon Musk. It is now wholly owned by eBay who purchased it in 2002. Since then, it has made several acquisitions including Sweden’s iZettle and the Xoom Corporation. In September 2015, a peer-to-peer platform called PayPal.Me was launched and, as at that time, there were more than 170 million people using PayPal, it proved very popular.

As probably the most trusted of online banking systems, Paypal still has had to fight to be accepted in some industries, but now it is appearing in more of them as the merchants realise they could be losing out by not accepting payment in this way.

Most people set up a direct debit or standing order for their gym memberships and it never occurs to them that there could be other ways to pay. PayPal has made it very easy for gyms and health clubs to accept payments via their accounts, and this has opened up a whole new market of potential customers – the ones that who do everything online.

Businesses can get instant approval to accept payments-on-the-go and, when people are deciding which gym or health club to join, this is a real advantage. It comes down to a matter of choice and giving PayPal payments as an extra option is great for the gyms and health clubs that have become merchants.

Many of the large and reputable online casinos now accept deposits via PayPal. From a player’s point of view, paying this way allows you to conceal your personal details, your banking details, and any other sensitive data. PayPal is compatible with mobiles, the deposits are instant and encrypted for even more security. You can find out which online casinos accept PayPal deposits at www.ukcasino.org.uk, a site that will also tell you all the advantages of using this deposit method, and how to go about it.

As PayPal has been the frontrunner in the world of online payments for many years, its e-wallet is used globally, which was the original intention of the founders. As online casinos are also worldwide, it makes sense that the two should work together.

It has been a long time coming but the number of physical stores accepting PayPal payments has already started to increase and will rise even more. Although you have been able to use stores that accepted Mastercard to pay from your PayPal account, a dispute with First Data that has been running for 3 years has now been settled which will remove many hurdles that were there in the past. First Data is the largest card processing company in the world and deal with businesses of all sizes. Since 2013, they have refused to allow PayPal to use their platform, but now that has changed.

The PayPal app, which is contactless-tap-to-pay and similar to the way Apple-Pay works, will now be possible, although, of course, this will not be the only way to make a PayPal payment in a physical store.

Consumers will be able to make payments from their PayPal e-wallets or with their PayPal branded Mastercard. There will also be a business debit card. 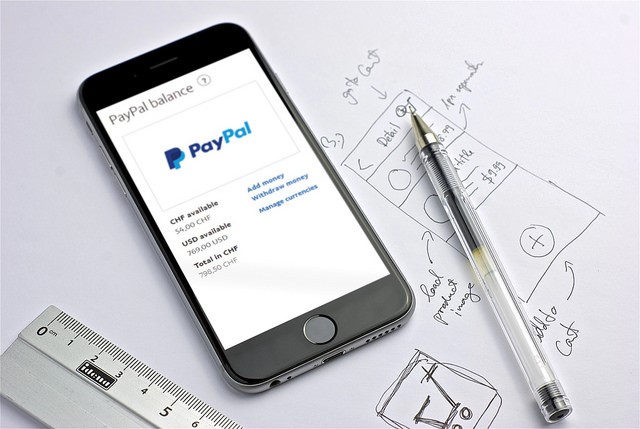 The benefits of PayPal Being More Accepted

For Paypal, as more industries that accept payments from them, it will mean the more they are able to compete with other online e-wallets. It seems that Visa and Mastercard are both offering PayPal discounts if they do not push payments by bank transfers, which could also help to make them more competitive.

For merchants, it gives their customers more choice of payment methods and that is likely to increase their customer base. It is simple to sign up to become a merchant, and the fees are generally comparable to other payment methods, although, often, they are a bit less.

For consumers, having a secure and simple way to make payments has to be an advantage and, with so many people using PayPal as their main banking facility, the easier it is for them to use, the better. According to Statista, there are now more than 267 million active PayPal accounts worldwide, a growth of 17% year on year.

PayPal has been a favourite way to make online payments for many years but, now, with consumers expecting to be able to use it wherever they are, it is set to become a favourite for offline use as well. As it is so secure, it gives consumers the confidence to use it, and that is making it even more vital for all industries to look at accepting payments via PayPal.