The Role of IT Operations in Driving M&A ROI

Mergers and Acquisitions are complex and high-risk undertakings. However, if successful, M&A can fuel company growth through the addition of new products, markets and customers and result in increased profitability. In competitive and crowded marketplaces, M&A is increasingly being viewed as a strategic route to gain coveted market share, and research shows that this type of activity is surging in the Financial Services sector. According to Deloitte, the drivers that were favourable for bank M&A in 2018 — tax reform, increasing interest rates, digital investments and a business-friendly regulatory environment — continue to make a strong showing, and 76% of M&A execs in US firms and 87% of those in private equity (PE) expect the number of deals they will close in 2019 to increase. Some 70% are anticipating bigger deals, with 51% predicting them to be worth $500m-$10bn, compared to 38% in 2018. 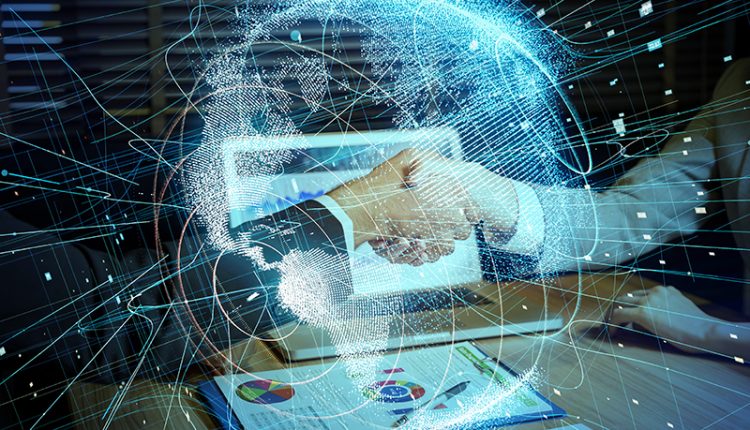 However, previous deals show that the process has hardly been plain sailing – 40% of those surveyed by Deloitte claim half of their deals over the past two years have failed to generate expected value or ROI. From eBay and Skype to Microsoft and Nokia, the past 20 years have been littered with multi-billion-dollar mistakes. Here, Mike Walton, CEO and Founder of Opsview, delves into the important role that IT operations have when it comes to planning your M&A strategy.

An increasing number of business execs cite ‘gaps in integration execution’ as the reason behind M&A failures. The process of combining two businesses, its operations, staff and culture is extremely difficult in both principal and practice, and, whilst it is certainly not a silver bullet, the importance of involving IT as early as possible in M&A proceedings would certainly make integration a smoother process. At the end of the day, IT sits at the very centre of any organisation, supporting all aspects of day-to-day operations and innovation-driven services, fueled by digital transformation projects. That makes centralised IT operations’ management and monitoring critical to any M&A process and involvement needs to start at the discussion stage so that experts can provide visibility into core systems to support successful M&A planning and integration.

Acquiring firms, therefore, need clear visibility into their own and the target firm’s IT assets and initiatives to drive fast, effective integration at this level and to reduce time-to-innovation post-acquisition.

According to Ernst & Young, the role of IT fundamentally underpins the strategic objectives of M&A activity, whether that’s increasing market share, entering new markets, gaining new customers or consolidating product ranges. Acquiring firms, therefore, need clear visibility into their own and the target firm’s IT assets and initiatives to drive fast, effective integration at this level and to reduce time-to-innovation post-acquisition. If not, they risk eroding value and could create a situation where inaccurate timelines and cost estimates are produced.

Yet, given the importance of IT visibility to M&A success, it’s disappointing that just half of the respondents to the European E&Y report said they typically involve IT in the transaction process, compared to almost 80% for finance. Even fewer — 38% of corporate execs and 22% of PE — said they put ‘significant emphasis on IT’ in M&A. It’s perhaps no surprise that almost half (47%) said that in hindsight, more rigorous IT due diligence could have prevented value erosion.

Currently, many financial organisations do not have a centralised view across its entire infrastructure that would deliver the required IT due diligence needed for a successful M&A deal, and this can only effectively be delivered through centralised IT monitoring. Research from analyst firm Enterprise Management Associates has indicated that a vast number of organisations have more than ten different monitoring tools and it can take organisations between three-six hours to find the source of an IT performance issue. This approach is clearly unsustainable, especially when companies have the added complication of merging two businesses. The true impacts of downtime during M&A can easily be seen by looking at the catastrophic IT outage suffered by UK bank TSB in 2018, where its migration from IT systems operated by its former owner to its new owners’ platform resulted in weeks of outage for millions of customers. At the other end of the scale is technology giant EMC, which proudly publicises its dedicated IT M&A integration team, which is brought in straight after a letter of intent is signed by potential acquisitions.

Post-deal, best practice IT operations can also help manage IT performance to ensure the customers of both companies involved suffer no adverse impact as a result of key staff being diverted to focus on the merger.

Visibility through a single pane of glass

At its heart, effective IT monitoring is, therefore, a key component of IT operations which are designed to “manage the provisioning, capacity, performance and availability of the computing, networking and application environment” (Gartner). As such, they can be used to audit and analyse the critical IT assets of firms on both sides of the M&A deal. This data can then be employed to ensure the company is accurately valued, and integration roadmaps and timelines are realistic. Post-deal, best practice IT operations can also help manage IT performance to ensure the customers of both companies involved suffer no adverse impact as a result of key staff being diverted to focus on the merger. They play a central part in identifying under-utilised assets for optimisation, reconfiguring systems and stripping away duplicate technologies once a deal has completed.

However, it is important to remember that modern IT operations are becoming increasingly complex as they are now usually comprised of a mixture of dynamic, cloud and virtual-based systems, often operated by third-party providers. On top this, many organisations still operate legacy IT monitoring tools that are inadequately suited to provide visibility into these hybrid systems. As a consequence, tool sprawl is prolific among businesses who operate with this outdated, reactive and siloed approach to IT monitoring.

In order to combat this, financial organisations must centralise and consolidate these tools to rid themselves of data islands, improve decision-making, and proactively enhance IT performance and strategic advantage. From this single pane of glass, IT and operations managers can then accurately plan M&A due diligence and post-acquisition integration. However, it is critical that senior business leaders understand the strategic importance of bringing in IT into the M&A process as early on as possible.