Mind the Gap: Why the Finance Sector Needs to Step up and Meet the Gender Pay Gap Challenge

As we enter the third year of gender pay gap reporting many organisations are having to face up to the uncomfortable truth that gender bias in the workplace is still alive and kicking. None more so than the finance industry, which had the unenviable position of having the highest mean average pay gap of any sector for that last reporting period. 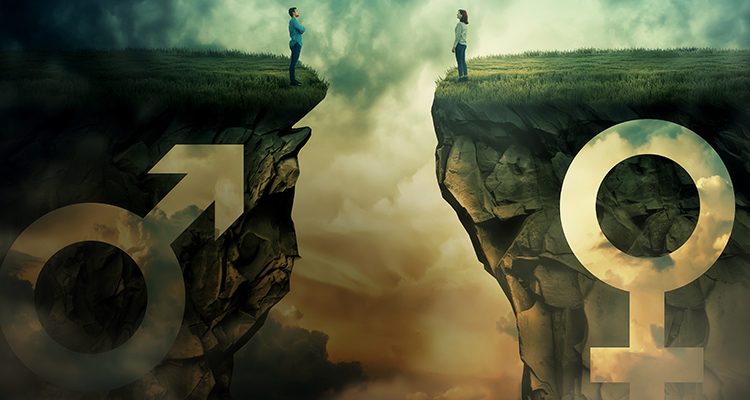 According to a recent report by Paygaps.com, the mean pay gap in the financial and insurance sectors is 26.8%, with the median pay gap standing at 21.1%, which is in stark contrast to the national median average of 9.6%.

With women making up a little over a quarter of those employed in roles within the top pay quartile for the sector, the problem looks set to continue unless some radical steps are taken to change the current culture in financial services. HR & Business Consultant Sue Andrews discusses the hot topic in more detail.

So why is the problem so significant in the finance sector?

In simple terms, there just aren’t enough women progressing into higher paid roles in the sector and as long as this continues to be the norm, the gender pay gap isn’t going to go away. However, it’s not just at the top where the problem exists. Unfair pay systems and the presence of bias in the workplace all play a part in perpetuating the problem. The historical male dominance in the sector means that a radical overhaul is needed if the current imbalance is to be addressed.

Now is the time to address the problem

Now that organisations are forced to report their gender pay gap, the issue is at least receiving the focus and attention that’s needed to push the problem to the top of companies’ agendas. With figures being publicly available, organisations can no longer ignore the problem if they want to avoid the reputational damage of being named and shamed.
The Equality and Human Rights Commission state that 61% of female job applicants consider a company’s gender pay gap when deciding whether to accept a role. That’s a significant figure and means that companies really need to show that they’re on top of this and taking action where needed if they are going to attract the best talent. With 58% of women confirming that they would be unlikely to recommend their current employer as a good place to work if they had a gender pay gap, the peril of ignoring the data is clear.
What companies need to focus on now are practical ways to shift the needle, using their published report to share information on steps that they’ve put in place and details on how it has affected their gender pay gap.

According to a recent report by Paygaps.com, the mean pay gap in the financial and insurance sectors is 26.8%, with the median pay gap standing at 21.1%, which is in stark contrast to the national median average of 9.6%.

Step 1: Getting it right from day one

If the industry is going to address the current shameful pay gap, changes need to start at the point that people enter the sector or apply for a new role. The simple action of no longer asking applicants for details of their previous salary, which tends to perpetuate the pattern of paying women less, is a good way to start. That’s because women are likely to have been paid less in previous roles so using this to benchmark their new starting salary may actually suppress their pay below the level that companies feel they would have to offer to attract male staff.

The practice of asking for previous salary details is already outlawed in several states in the USA and whilst it’s still perfectly legal in the UK, finance companies would be well advised to think twice before basing pay offers on this data.

One of the challenges that the sector faces is the way that many organisations manage their pay and remunerations policies. A lack of transparency in how pay structures are organised and applied has allowed inequalities and bias in the industry to go unchallenged. Regardless of the size of the company, making sure pay scales are both accessible and transparent is the first step to challenging the imbalance, as so long as secrecy exists, current practices will go unchallenged.

Having a transparent remuneration policy sends a strong message that the organisation is taking the issue seriously. Staff at all grades should be aware of how pay is structured at each level and what’s required to move between pay points. Of course management discretion may still form part of any decisions, but there needs to be an open and transparent process for authorising pay increases to remove the threat of bias creeping in.

The historical male dominance in the sector means that a radical overhaul is needed if the current imbalance is to be addressed.

Exactly why fewer women are reaching the higher levels of management in the sector is partly down to the way that society in general views ambition. So long as aspiring women are seen in a negative light, compared to their male colleagues, gender gaps will remain.
Even today many women still struggle to successfully negotiate for promotion and salary increases, compared to their male colleagues. This isn’t a problem that will fix itself and the industry needs to encourage women from an early stage in their careers to see building negotiation skills as a key part of their career development if these barriers are to be removed.
Men are generally much more likely to put themselves forward for promotion, even if not really ready, whereas women are often more inclined to doubt their readiness for the next rung on the ladder. Companies, therefore, need to actively encourage female employees, for example by setting up schemes to recognise talent and provide opportunities for individuals to widen their experience to prepare them for promotional opportunities when they occur.

If the sector is going to overcome its current pay gap issues, companies need to genuinely embrace family-friendly working. That means more than just paying lip service to the issue and requires putting practical steps in place. Firms that offer improved paternity pay, for example, can help to shift the balance from women being the ones to predominantly take a career break to raise a family. Men may still worry how taking a break will be perceived in career terms and companies need to do more to encourage male staff to see this as an acceptable option.

Even where companies have pledged to take action to address their pay gap, the problem won’t be solved if there is an underlying issue of unconscious bias in the organisation. With the historical male dominance of the finance sector, it’s not surprising that this remains an issue, so training those in key positions to recognise and avoid unconscious bias in their decision making is essential if genuine change is to be achieved.
Appointing a Diversity Manager to review promotional and recruitment decisions is a good way of adding an additional level of scrutiny, which means that Managers may be more careful in making their decisions if they have to justify them later.

So long as aspiring women are seen in a negative light, compared to their male colleagues, gender gaps will remain.

Change starts at the top

If the sector is going to make real changes to address the current gender pay gap issue then this needs to be led from the top, with senior management recognising the problem of pay disparity and committing to doing something about it.
This is the year when organisations need to get a grip on the problem and commit to actions to ensure that next year’s figures show genuine improvement. If the reporting requirements are subsequently extended to cover the Ethnicity Pay Gap, which looks very likely, then those organisations who have actively embraced tackling the gender issue will be better placed to address any ethnic pay gap concerns identified.

3 quick tips to help you review your gender pay gap

1. Review your last 12 months promotions – is there a gender imbalance? Is the proportion of men versus women in line with those at the grade below? Do women appear to get stuck at a certain level in the organisation? Where in the recruitment process are they falling away – are they not putting themselves forward, not being selected for an interview or being lost at the final selection stage?

2. Review the level of roles that women are being recruited into – are they disproportionally into lower-paid roles? If so this will affect your gender pay gap and needs review.

3. Review leavers from the company – do women leave at a quicker rate than men? Review leavers by level of seniority – are there any patterns? Review staff surveys as these may reveal information around staff engagement and if this differs between male and female staff.

Sue is a senior Human Resources professional with 25 years’ experience, gained across various challenging sectors and is a Fellow of the Chartered Institute of Personnel and Development.

Commencing her career in the finance sector in 1991, Sue worked for General Accident’s mortgage division. This was followed by a short period within the pensions division of London & Manchester. Sue then joined a large care organisation in the South West, where she developed her career as a senior HR professional. In her role as Director of HR & Organisational Development, Sue had responsibility for a workforce of up to 4000.

Sue has a wide breadth of knowledge covering all aspects of people management. Working at Board level, she has supported business leaders to design and deliver workforce strategies to promote business growth.

Having developed effective policies and procedures to reflect business aims and objectives, she has a detailed understanding of how a strong people strategy underpins an organisation’s success.

One Month to Go on Enforcement of PSD2’s SCA