What Do Banks Need To Know About Virtual Currencies Right Now?

The time has come for banks to decide if they will be leaders or followers in Virtual Currencies. 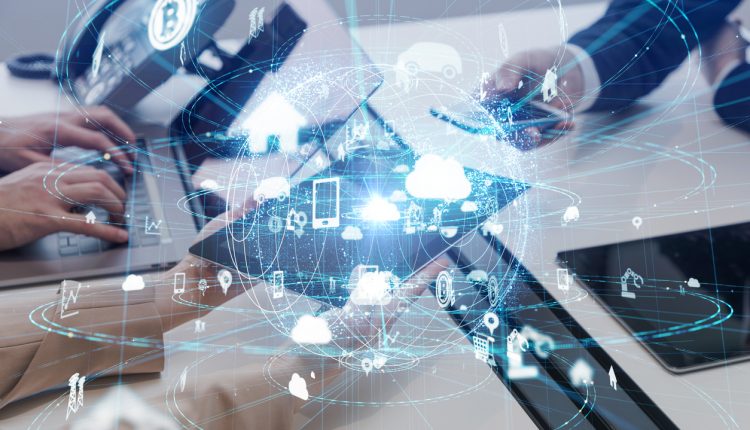 To help them take the first steps in creating their own strategic approach, Mobey Forum’s Executive Director, Elina Mattila, explores some of the most important and influential developments that banks need to know about the industry today.

Outside of the main financial services realm, a multi-billion-dollar global virtual currencies market has rapidly evolved and continues to gather pace. But, whilst virtual currencies have been ‘on the list’ of banks for some years, to date most have taken a hands-off approach.

This is now changing. Some of the larger financial institutions are beginning to formalize their positions. And, thanks to a combination of factors, now is a good time for banks everywhere to follow suit and move the strategic evaluation of this market higher up the priority list.

So, what are the factors at play and what do banks need to know about virtual currencies to enable them to form a clear, long-term strategy?

The crypto-crossover with traditional banking

The world now has programmable money in the form of cryptocurrencies, which are being used globally to exchange value outside of the conventional banking system. Crypto makes up the vast majority of volume in the virtual currency market but only a small percentage of the global money supply. Nevertheless, the numbers are large enough for banks to take notice and investment continues at pace.

Digital currencies may know no borders, but banks have always had perimeter control – whether they have chosen to actively engage or not – as they essentially own the transfer of ‘virtual value’ back into the conventional ecosystem, and vice versa.  Now, facilities exist that support crypto trading without a wallet, for example, Bitcoin ETFs (Exchange Traded Funds), bank accounts and futures. In other words, anyone can now trade cryptocurrencies easily through banks or new entrants.

Capitalizing on this, some larger traditional players are starting to establish exchange and custody infrastructure for their clients, a trend which could see major banks exerting far greater influence and control.

Of course, there is greater risk associated with trading virtual currencies compared to conventional currencies. New regulations like Anti-Money Laundering 5 (AML5), however, are increasing medium-term clarity. The fact that virtual currencies, including cryptocurrencies, have been brought within the scope of new regulation is creating a competitive advantage for banks. A closely regulated environment plays to their deep regulatory experience and will make it easier for them to forge partnerships with other cryptocurrency stakeholders.

At the same time, new regulations are making it easier for virtual currency companies and exchanges to get access to bank services. This has been considered by crypto stakeholders to be one of the sector’s biggest hurdles to overcome, so banks may now begin to benefit from increased demand from these firms.

Regulation is, therefore, effectively priming the virtual currencies ecosystem for banks to engage by increasing transparency, reducing some of the associated risk, and lowering the barriers to entry. All of this will make it easier for banks to establish a role and to design new payment products.

An ICO is an Initial Coin Offering, also called a ‘token sale’. It is a public offering of a new token or cryptocurrency where investors typically, but not always, pay with another cryptocurrency, such as Bitcoin or Ether. ICOs are channeling venture capital investment and associated revenues away from traditional banking systems to crypto exchanges. Their growth demonstrates that virtual currencies, together with the technologies that underpin them, can provide more than just an alternative means of exchange. If jurisdictional challenges can be overcome, these have the potential to disrupt other traditional financial services.

With regulation, however, banks may now begin to evaluate ICOs as a possible investment option for customers.

Gaps are being bridged

The development of decentralized exchanges has triggered a recent surge of activity around creation of stablecoins. Put simply, stablecoins are cryptocurrencies that are either pegged directly, backed by another asset or programmed to ascertain stability against another asset. What’s exciting is that they have the potential to bridge between traditional and crypto assets, and promote stability in an otherwise volatile cryptocurrency market.

Stablecoins represent a far more familiar and serviceable industry for traditional banks, offering them the ability to unlock revenue generation from the cryptocurrency ecosystem, as well as the potential to operate traditional services with new efficiencies.

This is an emerging trend that may have implications for banks in the coming years, and so they may see their roles start to evolve quickly.

There are some credible, greenfield opportunities for banks to explore as they define their role within the virtual currencies market. Whilst the exact future remains difficult to foresee, a combination of these factors, and others, means that banks and financial institutions can now start to make decisions about how to move forward.

To support banks in their strategy creation, Mobey Forum, has released a report entitled: ‘What Banks Need to Know About Virtual Currencies Right Now’. This report, created by the Virtual Currencies Expert Group, provides detailed considerations for banks and financial institutions who are looking to get involved in the virtual currencies market.