Could Blockchain Prevent Another Bernie Madoff?

In early 2009, Bernie Madoff pled guilty to the largest Ponzi scheme in world history and the largest financial fraud in US history. Over the course of nearly three decades, the financier turned career criminal had stolen billions of dollars from investors by way of deceit and using fraudulent financial reporting. While no one has managed to eclipse Madoff in the intervening years, fraud remains a widespread problem in the finance industry. 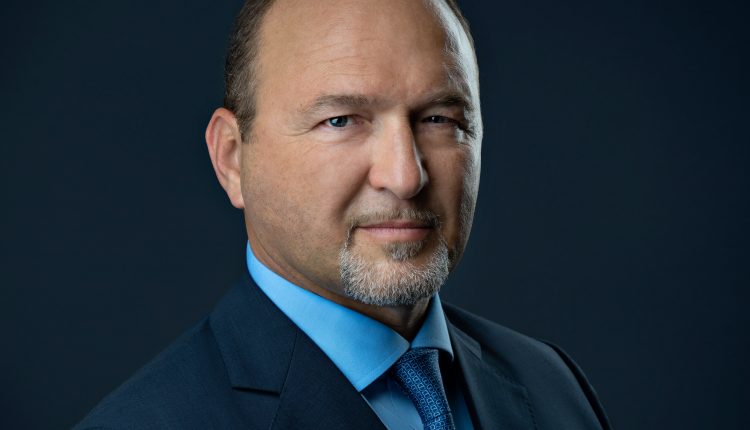 In the UK alone, it’s estimated that fraud costs the economy £110-billion a year, with the global economy suffering losses to the tune of £3.2-trillion annually.

If authorities are to seriously tackle this scourge and put an end to any future Madoffs they need to invest massively in technology, and blockchain, in particular, says Dave Elzas, CEO of Geneva Management Group.

Caught in the past

The trouble is, most authorities responsible for detecting and catching fraudsters are using yesterday’s technology.

In a 2016 op-ed published by The Guardian, former US congressional representative Randy Hultgren points out that the regulators investigating Madoff were stuck using the same pen and paper technology as their 1930s’ forebears. As a result, repeated fraudulent reporting slipped between the cracks, despite six complaints about his firm having been lodged between 1992 and 2008.

In the UK alone, it’s estimated that fraud costs the economy £110-billion a year, with the global economy suffering losses to the tune of £3.2-trillion annually.

Meanwhile, a recent article in Bloomberg points out that the US$9-trillion business of financing global trade is still largely paper-driven, making it susceptible to forgery at every point in the value chain.

By contrast, the criminals these regulators are supposed to investigate and catch have embraced digital technology and use it to take their illicit activities to new heights.

Whether it’s using up-to-the-minute designs to phish bank customers or sophisticated algorithms to skim minuscule amounts off billions of global transactions, today’s financial criminals are tech-savvy, increasingly difficult to detect and capable of more sophisticated crimes than at any other point in history.

That does not, however, mean that the fight against financial crime is lost. Regulators, banks, and the financial transaction giants whose business depends on correct verifiable financial data and accountability can fight back.

Doing so means abandoning current practices that have so far proved ineffectual to the benefit of the Bernie Madoffs of the world.

Instead, regulators and financial industry players alike should focus their efforts on blockchain. Its system of cryptographically-linked, unmodifiable entries is ideal for the financial space.

There are several other factors which make blockchain ideal for fighting financial crime. These include:

These characteristics make blockchain useful for more than just tracking financial transactions. Blockchain-enabled smart contracts, for example, could go a long way to eliminating the forgery that bedevils the financing of global trade.

Banks are already embracing blockchain at a much faster rate than expected, with some (including major players such as UBS) implementing blockchain labs to explore potential new applications for the technology.

Admittedly, some blockchain applications have had teething problems, as is to be expected with any new technology. However, as the global usage of blockchain will increase, so will its accessibility and reliability.

Certainly, none of the incidents which have impacted blockchain-enabled applications should deter regulators, banks and other players in the world of global finance from becoming enthusiastic early adopters of the technology.

Banks are already embracing blockchain at a much faster rate than expected, with some (including major players such as UBS) implementing blockchain labs to explore potential new applications for the technology.

It should not only be banks that embrace blockchain. Regulators, authorities and other secondary players also have a role to play. Landed registries, companies worldwide and any official registration agencies would benefit from the cost effectiveness, automation and accuracy of blockchain. More importantly, these various players all need to work together in standardising processes and protocols.

In some places, this kind of forward-thinking collaboration is already in place. The Canton of Geneva’s support of the Geneva FinTech Association (which plays a pivotal role in educating and advocating for blockchain) is a good example of what’s needed around the globe.

These kinds of initiatives need to become far more widespread. It’s time to stop patching up leaks and start putting in better pipes.