How Can Mentoring Help Women in Finance Grow?

Data from the Financial Times reveals that just over half of companies' finance employees are female, and in 2017, 58% of those were at a junior level. Certainly, there is potential to increase the proportion of women in finance in more senior roles and help them climb the corporate ladder. Collette Huckle, Divisional Director at Reed Accountancy believes that mentoring is the best way to achieve this and offers her five steps on how to grow professionally through mentoring. 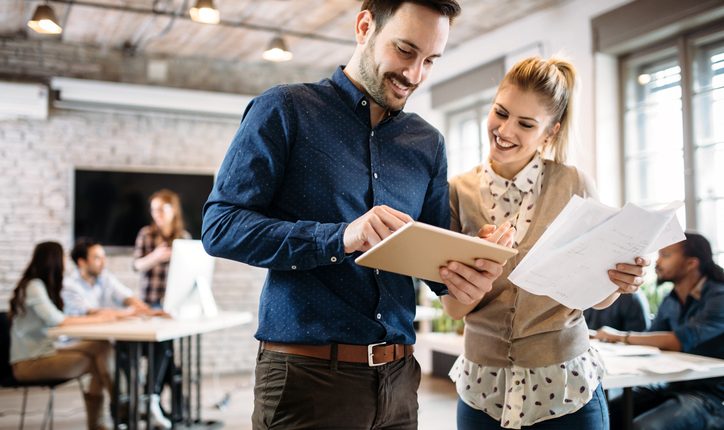 Ambitious candidates should never let themselves stand still or be left behind. For many women in this position, including myself when I started, the next step is to begin seeking the support of women outside the industry, and joining a ‘Women in Leadership’ network. These organisations have inspirational women from across a range of sectors that want to share their wealth of knowledge and give advice. They are also willing to become mentors to the next generation that is just starting out in their careers. The value of this mentoring is priceless.

For me, it has proven to be a really positive environment with proactive advice. This is a group I am still part of and I continue to value the advice and support offered there. I would advise anyone entering any career to join. It’s a very inspiring environment encouraging you to meet incredibly influential women. As part of the organisation, I’m currently mentoring five fantastic talents, all in different industries and with their own ambitions to fulfil because as a finance leader of the future, you can benefit from learning skillsets across sectors.

Another key role of the Women in Leadership network is its ability to help you realise the personal barriers to progression, as there are a lot of them in the finance sector (imposter syndrome, etc.).

From our perspective as specialist recruiters for both accountancy and finance, we notice that men are more likely to take a leap and apply for roles where they don’t quite meet the criteria, or they fall short on one or two of the skillsets asked for.

For women, there is often a reluctance to apply for roles unless they fit the job description completely. Again, this comes down to confidence, and considering that moving onto a new role involves learning new skills, women in finance need to be braver and just go for the role they’re interested in without overthinking it too much. With the right attitude and mental ability, which so financial professionals have, skills can be developed. After all, a career is always about development, otherwise, we would all end up standing still. The ambition to apply for roles where there are still areas to learn is something that employers often want to see.

This is where mentoring groups help. Having that strong network of talented, experienced people who can give you the confidence to apply is absolutely priceless. Fortunately, there are many groups that the next generation of leaders can turn to and it’s worth looking into local groups in your area which include both genders. These groups don’t offer just mentoring – they also tend to host roundtable discussions, best practice sharing and general networking to help you build a brilliant support network.

My personal experience at REED has also played a major part in my career development. In fact, it was Sir Alec Reed, our company founder and my most recent mentor, who recommended I seek out an executive coach to continue my development. At REED, the support levels to progress are fantastic and this executive coaching was funded as part of the company’s personal development fund. The experience has been vital when it came to working on my confidence, leadership skills and ability to manage people. It has also confirmed my belief that good management includes a 360-degree approach – you can learn just as much from those you are mentoring as from those who are mentoring you.

An example of shared learning between a mentor and a mentee is the bravery that we need to show in order to put ourselves forward for roles. The next generation has such fearlessness in so many areas of their lives, and they are confident enough to let their management know that they want to progress or develop and move into a new role.

When I was at the beginning of my career I applied for a higher-rank role, and when my manager saw my application, they were almost surprised. They had no idea that I wanted to climb the ladder. I had shown that I was very good at my job, and as far as they were concerned, I was prime for a promotion, but because I hadn’t vocalised my ambitions I wasn’t moving nearly as quickly as I could have. I couldn’t help but wonder – would we see more women at the top if we were all louder about our ambitions?

We cannot place the blame at the employee’s doorstep due to a lack of confidence, knowledge of support through mentoring or vocalising an ambition. And we cannot ask people to be something they are not in order to get ahead.

Companies that put mentoring programmes into action have an opportunity to really get to know people at their organisation, the strengths and weaknesses of all the employees and how they can be best developed.

This allows simple, effective changes. So often for women, flexibility is important as many are still the primary carer of their children and, as I experienced personally, need the time to work the school run into their schedule. Far too often in the past, it has been seen that having young kids slows down a career, but there is no reason why this should happen. Why can’t we have both? If there is a level of trust between an employer and an employee that the job will still get done, then career progression can, and should, continue within a flexible working culture.

We have to have lives, and a balance between private and professional is absolutely essential to being happy. There should never be a moment where we put too much pressure on ourselves and feel overwhelmed. Having someone close to turn to ensures there’s less chance of this happening.

The percentage of women in senior roles of finance organisations is increasing, but gradually. There are companies and people, both men and women, who are leading the way to greater equality and we need to use them to teach best practice. For my own part, I would have never been able to climb the ladder without the network of mentors and managers that have given me the support I needed.

Through mentoring, being a bit louder with our ambitions, and having willing companies that consider work-life balance, we can continue to increase the number of women in senior roles. We just have to all work together to achieve it.