How Can Banks Keep Customer Loyalty?

Big banks might be too big to fail, but they’re not too big to be disrupted. Over the past four years, challenger banks such as Monzo, Starling Bank and Revolut have upended the idea of a bank and have challenged long-standing customer loyalties. 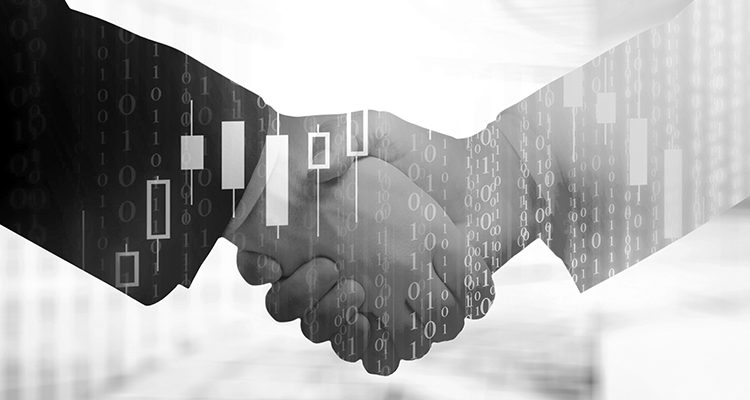 Through a digital-only approach, challenger banks have made the concept of queueing in a bank branch to transfer money or waiting on hold on the telephone for customer support seem bizarre and almost prehistoric. In fact, new research from data firm Caci has found that the proportion of customers using banking apps is expected to rise over the coming years to 71% by 2024. At the same time, the proportion of branch users is set to decline to 55% by the same year.

In the face of simple, low-fee, mobile-first products and services from Monzo and others, traditional banks have so far been slow to respond and have risked losing customers whose loyalty they have historically taken for granted. Fundamentally, these new digital banks have proven themselves to be far more customer-centric than traditional banks by addressing pain points, fulfilling desires and engaging with users as individuals through the use of new banking apps and services.

However, there is a contrary point of view that argues that traditional banks should dismiss digital banks as trendy and inexperienced businesses with little hope of challenging their authority. This argument maintains the mistaken belief that their status as a historic brand/bank means that customers will remain loyal to them.

These new digital banks have proven themselves to be far more customer-centric than traditional banks by addressing pain points, fulfilling desires and engaging with users as individuals through the use of new banking apps and services.

While this may sound naive following the loss of market share from the big four legacy banks (Barclays, Royal Bank of Scotland/NatWest, HSBC and Lloyds) from 92% a decade ago to 70% today, there is a hint of truth in this argument. The Bank of England recently found widespread weakness among UK challenger banks in stress tests that showed that new lenders were cutting corners in the pursuit of growth. Over the last month, a new report from Fitch Ratings has found that digital disruptors are more vulnerable than established banks to an economic downturn and Brexit-related risks.

The risk associated with digital disruptors isn’t theoretical either. Over the past few months, Revolut has been linked to multiple scandals around the fact that it failed to block thousands of suspicious transactions on its platform. Despite reaching the 300,000 customer mark earlier this month, most of its customers still don’t trust the scandal-free Monzo enough to switch their main current account to the start-up’s app-based account. In fact, Monzo CEO Tom Blomfield told Reuters that only 30% of its users are using the app as their main bank account.

Legacy banks should, therefore, capitalise on their stability and highlight the risk of challenger banks in their marketing and advertising campaigns. The lack of trust in digital disruptors, however, won’t be enough to stop their rise. Unlike traditional banks, challenger banks have employees with tech, customer insight and digital media backgrounds. Coupled with a lack of legacy systems, these new banks are more able to digitally transform and shape their products and services to meet the needs of customers.

In order to retain customers and fight back against digital competitors, traditional banks need to innovate and reimagine customer loyalty.

This means utilising resources and experience in order to provide the excellent service they’re promising to their customers through being truly digitally enabled. For instance, engaging fully with Open Banking rather than seeing it as a threat or inconvenience. Open Banking stipulates for real-time flows of data between banks and external partners and challenges banking providers to develop a deeper understanding of customers’ needs and behaviours, enabling the kind of innovation users now expect from financial service providers.

However, reimagining loyalty isn’t a technological project. Traditional banks also need to reimagine how financial services are conceived, designed and delivered, and how the brand that offers those services listens, understands and communicates with its audience – at an individual level. Without differentiating their services and listen to customers, traditional banks risk losing customers to competitors offering lower rates and more advantageous accounts.

Fundamentally, banks need to prioritise customers at an individual level and using the treasure trove of they hold about them to anticipate their needs and provide a great experience. While challenger banks are experimenting with new technology, traditional banks should be focusing on customer loyalty and how they can build it today – rather than relying on the loyalty of yesterday.

Why Trademarks Can Be Valuable For Your Small Business?