We Need More Women in FinTech 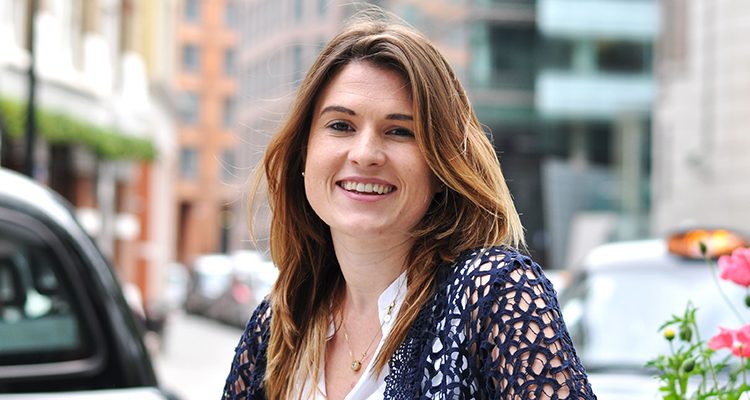 This month Finance Monthly had the privilege to connect with Harriet Rees, Head of Data Science at Starling Bank, to hear about her role within the challenger bank, her experiences as a woman in finance and FinTech, and the gender imbalance in the FinTech industry.

Can you tell us about your career before joining Starling Bank last year?

Following my Master’s degree in Mathematics at Oxford University, I made a natural move into the financial services industry in the City of London. Back then, I remember thinking that I really wanted a job that would actually enable me to use my Maths degree, so I chose to pursue an actuarial career in insurance, which is a typical route for a mathematician. I was very lucky that the company I chose, AXA, encouraged growth and was very supportive of women in the workplace. As part of my role there, I was able to move my life and career to Paris where I lived for four years – running predictive analytics projects mainly in Europe, but also in Asia. This is how I fell in love with the field of data science.

However, whilst I enjoyed my role at AXA very much, I also found that I was often frustrated by the lack of progress, the bureaucracy and committees that we had to attend to in order to get things to move at a faster pace which I perceived to be a lack of a burning desire for innovation at speed. At the time, I became very aware that industries like FinTech and InsurTech were moving quicker, innovating and flourishing and I found myself feeling a bit jealous, as I really wanted to get involved. I remember hearing Anne Boden, the Founder and CEO of Starling Bank, on the radio one day. It was International Women’s Day, so she was talking about women in technology and FinTech, how women are part of innovating at Starling and how she wanted more and more women to get involved in all the wonderful things they are working on. I remember feeling very inspired after hearing Anne, so I wrote a letter to her and the rest is history – I’ve been at Starling ever since.

I think from the outside, it can feel like FinTech is a space where men are more present, as men fit the notion of the pro tech culture.

Have you ever experienced any challenges in the workplace that have been connected to your gender?

I am very fortunate to say that I’ve never directly experienced anything that I assume to be adversely impacting me because of my gender. But of course, I shouldn’t say that I’m grateful or that I feel lucky that it hasn’t happened to me and I suppose the reason I say this is because I have spoken with colleagues from both Starling and AXA who have found that to be the case – whether it’s been connected to the way they’ve been treated or how much they’ve been paid, etc.

During my time at university though, I was often one of the few women in the room – certainly during my Master’s degree studies. I was hardly ever taught by female lecturers or professors at any of the higher education institutions that I have studied at, which I think is indicative of the problem and the fact that women are less present in these sectors and that, of course, has its own impact on the whole ecosystem.

And in your opinion, is there gender diversity in FinTech?

I’ve read a few articles on this, even before joining the field and there’s certainly work to be done here. I work in a purely engineering team at Starling which is certainly male-dominated, despite our best efforts for it not to be. Only 20% of the engineering workforce is female and at Starling, we are always actively on the lookout for women to bring into these roles. I think from the outside, it can feel like FinTech is a space where men are more present, as men fit the notion of the pro tech culture. However, if you look a little bit below the surface, you will see that there are actually a lot of powerful women movements within the industry and in fact, there are inspiring female leaders in the FinTech space – it’s just that there are less of them. Our CEO is someone who speaks very vocally about this and it is Starling Bank’s mission to bring more women into the FinTech space.

I rarely speak to people who say that it’s really difficult to be a woman in FinTech, the main issue, however, is getting here in the first place.

What do you think are the biggest issues for women in FinTech?

To be fully honest, I rarely speak to people who say that it’s really difficult to be a woman in FinTech, the main issue, however, is getting here in the first place. I think that for me personally, I was so inspired to join Starling and the world of FinTech because I heard Anne on the radio. But would I have made that jump if I hadn’t heard Anne calling out to all women? Perhaps not. Perhaps I needed that reassurance and push to get me to take the leap into FinTech.

There’s certainly more work to be done to really show the outside world that FinTech is a place where women could thrive. Although there are fewer women at the top of these companies, they are still inspiring and powerful and they are innovating in the same way that men are. Movements like Women in Data, Women in FinTech and Women in Finance are a great start, but I think that we need to encourage more of that in order to address gender imbalance in FinTech and show more women that the industry is changing.

Does the fact that Starling Bank was founded by a woman mean that the company has a focus on ensuring that there are women at the top within the organisation?

40% of senior managers at Starling are female, so yes, the company definitely has a focus on ensuring that there are women at the top. However, I would like to think that this isn’t just because Anne is a woman – I would like to think that Starling would have this mentality regardless of our CEO’s gender. We are an inclusive workforce and we don’t discriminate based on gender – both for our customers and our staff. As part of the RBS’ Alternative Remedies Package which we were fortunate to be awarded earlier this year, we talked about the fact that we would actively work across the industry to increase the number of women working in technology roles in the UK and we also pledged to continue having 40% of our senior management occupied by women in 2021. So we really do seek to embrace fusion in all forms, but particularly on the gender front and I really do believe that this isn’t just because Anne is a woman, but also because Starling as a whole is a company that is eager to reshape the FinTech space.

There’s certainly more work to be done to really show the outside world that FinTech is a place where women could thrive.

What’s your piece of advice for other women wishing to work in FinTech and how can they make it to the top?

My piece of advice would be to take the leap. As I mentioned earlier, I moved from a large corporation into a tech start-up and back then, this felt like a very brave move. However, I’ve never looked back. I enjoyed my job before Starling but I’ve also always had the desire to innovate, code and make changes faster and in a more impactful way. Thanks to the wonderful world of FinTech and the ecosystem it’s created, I am now able to do exactly that. So, I feel that women and girls who are in the same position I was a while back and are looking at FinTech as a potential, need to give it a chance – take the leap and I think you’ll be as excited about it as I am today!

And as for making it to the top, we need to really leverage the networks that exist to encourage and support like-minded career-focused women. Perhaps we need to increase schemes like mentorship in order to encourage female innovators to speak more and discuss ways to elevate the position and prominence of women in FinTech.

How is AI implemented at Starling Bank?

Today Starling uses AI mainly for operational purposes across credit, lending, fraud and optimisation of customer service operation. It’s very much an operational focus and this obviously has two main benefits – efficiency for the bank but also better customer experience.

We know that we’re definitely at the beginning of the AI journey and what we really want to do is bring AI into the product so that the whole customer experience can be enhanced by utilising more intelligent decision-making. Ultimately, we want to be able to make experiences better before the customers feel the need for it to happen.

we need to really leverage the networks that exist to encourage and support like-minded career-focused women.

What projects are you currently working on with Starling and what’s on the bank’s agenda in regards to financial innovation for the rest of 2019?

A lot of this links to the RBS Capability and Innovation fund that we were so fortunate to be awarded. In February this year, we received £100 million that will help us build our SME proposition. In this area, there’s a lot that relates to my world of data science and AI and as part of this, we pledge to integrate the intelligent tools around the product that would offer insights into automation around cash flow forecasting and recommendations for banking solutions to our SME customers. Obviously, within this, we also connect to the idea of technology for good, so we commit to tackling the wider issues around algorithmic bias to ensure that our customers can be equipped with AI recommendations or predictive based analytics, without any inference of bias.

Additionally, we’ve also recently launched our new Euro account, so we’ll also be focussed on fully launching and developing that offering for our customers. We’re very excited about where it can take us – watch this space on this one.

Are there any changing trends you foresee in the field of FinTech?

With turbulent times ahead, there has never been a more pressing need for agile accountancy.