What Can Cryptocurrencies Offer During Political Upheaval? 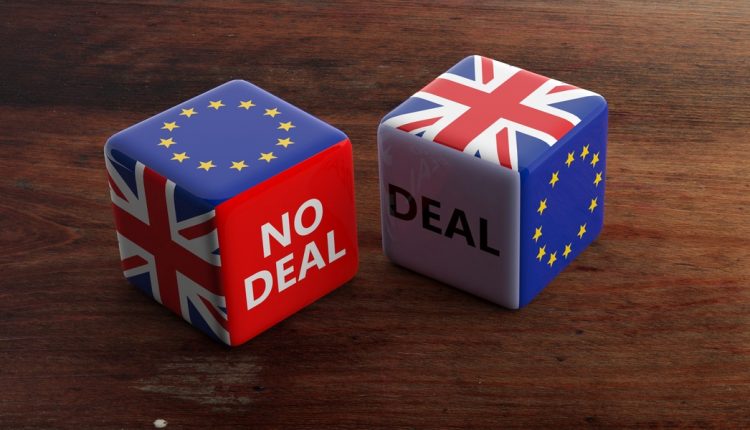 Brexit and its surrounding political upheaval is of course much to blame. Here Ana Bencic, Founder & CEO of Nexthash, delves into the potential benefits cryptocurrencies could offer in situations like this.

Figures taken on Tuesday 6 August show the pound trading for $1.2176 and €1.1199 respectively. The Brexit-related insecurity has been attributed listed as one of the factors behind the decline in the value of the pound, made worse by weak retail sales in June.

With the decline in the national currency and with Brexit on the horizon, questions are swirling around, about how the UK can maintain its attractiveness to foreign and domestic investors.

Investors who have been taking notice of the unpredictable nature of fiat currency’s’ value in relation to political events, as well as the near-constant rise in the value of several cryptocurrencies, will be looking at what makes cryptocurrency a viable alternative to traditional currency.

With more uncertainty than ever in the market, including the inability to hold above 1.27, the pound, it is clear that the value of pound sterling is predicated on political factors. In stark contrast, cryptocurrencies like Bitcoin and Ethereum appear to be unaffected by political upheaval. The value of Bitcoin has reached peaks of over $9000 and despite price drops, it appears to be gradually increasing in value over time. Investors who are wary of traditional currencies will be attracted to the fact that cryptocurrencies are not created by, or under the direct control of any financial institutions or third-party entities. Blockchain-based cryptocurrencies are decentralized and they use peer-to-peer technology to enable all functions such as currency issuance, transaction processing and verification to be carried out collectively by the network. While this decentralization renders cryptocurrencies free from manipulation or interference by a government or central bank, the flipside is that there is no central authority to ensure that things run smoothly or to back the value of a particular currency.

Additionally, Bitcoin effectively increases efficiencies, adds security to transactions and eliminates traditional methods of fraud. Some economic analysts predict a big change in crypto is forthcoming as institutional money enters the market. Moreover, there is the possibility that crypto will be floated on the Nasdaq, which would further add credibility to blockchain and its uses as an alternative to conventional currencies. Some predict that all that crypto needs is a verified exchange traded fund (ETF). An ETF would make it easier for people to invest in Bitcoin, but there still needs to be the demand to want to invest in crypto, which some say may not automatically be generated with a fund.

Cryptocurrencies are yet to reach their full potential, but this will come with time as traditional investors & traders start to use it more often and several major first-world nations pass legislation in support of cryptocurrency trade and investment. At this point, the crypto market is estimated to be worth $700 billion and the perception is that digital currencies are here for good.

Cryptocurrencies are yet to reach their full potential, but this will come with time as traditional investors & traders start to use it more often and several major first-world nations pass legislation in support of cryptocurrency trade and investment.

Countries with underdeveloped infrastructure and nations experiencing devaluation of their national currency can seize the advantages of cryptocurrencies- for the simple reason they can move money across their country’s borders with far greater ease than traditional currency.

Traders make use of cryptocurrencies as a peer-to-peer payment method, allowing them to send money in much less time than a bank transfer would take and with relatively low transfer fees when transferring funds internationally.

Blockchain based currencies will continue growing in popularity with traders and investors for their unique advantages of confidentiality, immutability, fast transaction times and a lack of external mediators.