After the construction industry, the financial and insurance sector has the worst gender pay gap in the UK, with women being paid less than men to do the same job. This needs to change, and it needs to change fast! 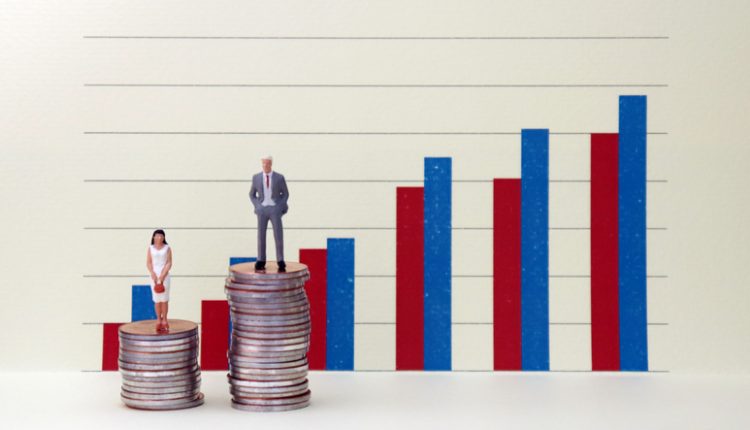 My passion for the subject has led me to give many speeches, publicly and privately. However, it’s important to highlight that I’m not a spokesperson for women in finance. No one is. Little annoys me more than people turning to me, or any other individual, when they need ‘a woman’s view’. No individual speaks for all women – and that’s sort of the point.

Women aren’t a collective group of one type of human. 50% of the population are not categorically better at planning, organising, intuition, empathy, listening and creativity than the other 50%. There’s a scale, and everyone is different.

Diversity is a very personal subject, and it’s wider than gender, but that’s not for now. It’s built by each individual based on their beliefs, culture and upbringing. But a change in mindset on the subject of diversity can’t be done individually, it has to be a cultural shift. We all have to get on board.

So why should you get on board?

First, to run the best company, you’re going to need a mix of everyone. Diversity in all areas of a hierarchy is good for business. The Journal of Economics and Management strategy found that shifting from an all-male or all-female workforce to one that is evenly split can increase revenue by 40%.

In order to achieve a diverse workplace, you must pay people at the same level the same amount. In fact, writing that, I cannot believe we’re still having this debate.

The fact that there is a gender pay gap could indicate that a woman’s contribution is not equal to that of a man’s contribution. Something decided by someone else about a collective group of people. That in itself can’t be right.

Companies shouldn’t pay their staff what they can get away with, they should pay their staff what they deserve within the realms of what the company can afford. And that spans further than gender, of course, but we can’t cover everything in one go. Two people at the same level making the same contribution to the company, one male, one female, how much should you pay them? The same amount.

Despite the active effort from the UK Government in helping women secure senior positions and secure equal pay, the male to female balance remains low. Two years ago the government introduced a law that makes it mandatory for businesses to disclose the discrepancies in salary each gender receives. You’ll recall the BBC were heavily involved in this. But they were not alone.

Female-led finance businesses give around 110% return on investment compared to 48% for male-led companies.

A recent report by The Centre of Economics and Business Research revealed that female workers in finance earn 26.3% less than male workers, an increase on last year’s 25.7%.

This statistic contradicts the claim that women now fill 32% of boardroom positions. In the finance industry, women who work in the same positions as their male colleagues are often paid less without knowing and are given fewer opportunities to progress in their career to senior leadership roles.

There are many ‘reasons’ people state for this happening. Things I’ve heard: women see a job role and don’t apply if they can only do 80% of the job description, whereas men will apply when they can only do 60%. Women don’t ask for more pay because it’s not in their nature. Men don’t hire women because they only hire people like them. Women want a job with flexible hours because they are responsible for the home. Women would be at the top of the company, but they took a year out of their 45-year career to have and look after a new life. The list of misconceptions goes on.

Whatever the reason, it’s ludicrous to blanket women in this way. Personally, I know many ambitious, driven, kind and ‘over-confident’ women who have taken a risk and dropped out of a safe 9 – 5 to passionately make a difference for the world. And not because they fit the job description or sacrificed their family responsibilities, but because they can.

So how do we address the gap?

In order to reduce the pay gap in finance, positive actions need to be taken. Businesses need to make positive actions at the top to change mindsets of both men and women and take charge in creating an environment where diversity can be championed.

Companies need to build a culture where their female talent know they have opportunities to make it to the top and more importantly get paid the same when they are up there. And why not? Female-led finance businesses give around 110% return on investment compared to 48% for male-led companies.

We recognise the problems so let’s address them earlier. It should be more common for talks in schools and universities to be given that inspire women to take a career in finance.

If one doesn’t exist within your company, create a women’s network and support each other when instances of gender pay gaps are uncovered. Don’t know if there is a pay gap? Collectively hold your management to account and press for wage data to be released.

Review parental leave – are both parents entitled to leave – can it be shared? Let’s change the story when it comes to the responsibility to raise a child. Let’s use our networks to support women coming back into work from a period of leave.

And, finally, don’t pull the ladder up behind you, help other women get to where you are. Does your company have a mentoring scheme? Let’s share experiences and offer solutions to ensure a representative pipeline.

Women should be given the same opportunities as men and should be able to make their choices from that starting point. And they should be paid the same to do it.