In today’s climate, new innovations such as mobile payments have seen our payment habits change substantially. 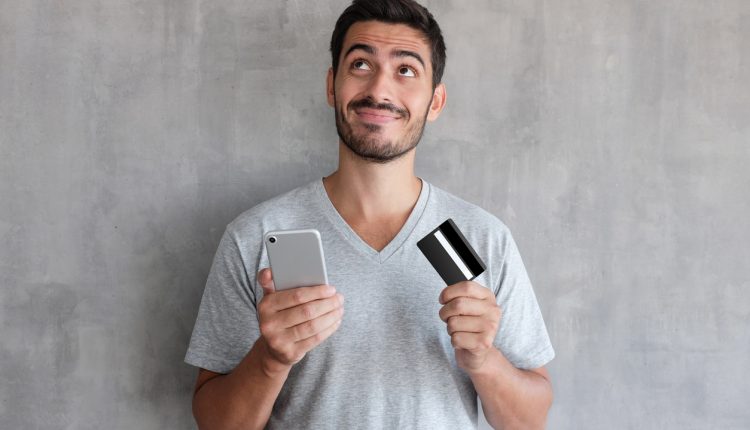 Despite this shift however, the payment card is very much still alive with six-in-ten (60%) UK consumers stating they would not give up their debit card in favour of mobile payments. In fact, a further three quarters (75%) of UK consumers are concerned about the UK becoming a cardless society, where they no longer have access to a physical debit card and can only rely on mobile payments.

Here David Orme, SVP of IDEX Biometrics ASA at IDEX Biometrics ASA, explores the realities of payments preferences in the UK and what financial institutions must do to ensure that we experience a seamless transitions towards becoming a cashless society.

Do you remember coins? When was the last time you actually carried around a pocketful of pennies to pay for something? Given the rapid growth of contactless transactions, mobile payment apps and online shopping, it was probably quite a while ago now. Advancing banking technology, means we are fast moving towards a cashless society. In the UK, cash payments fell behind card transactions for the first time in 2017, while Sweden expects to become the first country in the world to go fully cashless, thanks to a country-specific payment app.

However, despite being hailed as the solution to end our use of cash and cards, mobile payment apps haven’t reached anywhere near the expected level of public adoption in the UK. By 2018, only 13% of the UK population was using mobile payments, due to the majority of the population generally preferring the ease and familiarity of contactless cards.

This is supported by our recent research at IDEX Biometrics ASA, which reveals that six-in-ten (60%) UK consumers would not give up their debit card in favour of mobile payments. In fact, a further three quarters (75%) of UK consumers are concerned about the UK becoming a cardless society, where they no longer have access to a physical debit card and can only rely on mobile payments.

Clearly, the payment card has become a strong part of our daily routine. So much so that, almost two-in-five (37%) of UK consumers stated that as long as they have access to a debit or credit card, the thought of a cashless society wouldn’t bother them. Interestingly, this number even rose to over half (52%) of 25-34-year-olds.

Given this strong evidence that consumers are still loyal to the payment card, it seems that the banking industry is focusing on the growth of the wrong payment technology. As we move towards a cashless world, the future of payments may not be in smartphone apps after all.

There is a clear generational divide when it comes to the acceptance of digital payments. While over half (53%) of 18-24-year olds believe they already live a mostly cashless life, that number plummets to only 19% of those over the age of 55. Similarly, while four-in-ten (38%) of those aged 25-34 believe cash is now obsolete, only 9% of over 55s agree.

In fact, half (50%) of those aged over 55 are continuing to use cash to buy small-ticket items. Young people, however, are so tied to their card that two-in-five (40%) of those aged 25-34 say they won’t shop anywhere that doesn’t accept cards.

One of the greatest concerns surrounding a cashless society is the potential for inequality. Consumers shouldn’t be locked out of the banking system because they are less familiar with new payment methods or have limited access to digital devices. To keep our economy fair and inclusive, our payments system must stay accessible to all. Therefore, as we approach a cashless society, the UK Government and banking sector should reconsider the cashless transition. Instead of the focus on mobile payment apps, banks and financial institutions must adopt payment card technology that is convenient, secure and reliable for consumers of all ages, particularly older generations who still rely on cash.

Holding on to security

Consumers are also dismissing mobile payment apps thanks to rising security worries around the new technology and the potential for misuse of mobile payments. Over two-thirds (68%) of respondents still feel more secure using their bank card than a mobile phone to make a payment, while almost three-in-five (58%) fear that if they lost their mobile phone, people would be able to access their bank accounts.

In contrast, half (50%) of respondents say that having their debit card gives them a sense of security. Significantly, four-in-ten (41%) consumers would trust the use of their fingerprint to authenticate payments from their bank card more than a PIN.

Given these concerns, it is evident that payment technology needs to be more secure. It’s time for banks to adopt cards with biometric fingerprint authentication, which can’t be misused without the owner’s fingerprint, even if stolen or lost. Incorporating this advanced biometric technology into payment cards would enhance authentication for transactions and provide all consumers with a safer payment process that offers more reassurance than PINs or apps currently provide.

Although the idea of a cashless society holds many benefits, 55% of consumers actually think a cashless society will be inconvenient. Whether from lack of technology awareness or security concerns, consumers are still fearful of the day when they have to rely on mobile apps to access their money and pay for goods. Given this fear, the financial industry needs to work quickly to enhance payment cards by utilising biometric technology to secure payment authentication, before cash becomes extinct.

Payment cards that provide the convenience of contactless payments with the added security of fingerprint authentication are the key to a seamless transition into a fully cashless society. Such cards will prevent misuse and card fraud, while allowing fast, convenient, secure and direct access to our bank accounts, bringing much-needed reassurance to UK consumers.

UK consumers have made their feelings clear; they are just not willing to give up their payment cards. In a cashless society, cards will still be leading the way – we must future proof them for the next generation of payments now.