Sino-American Trade War: What Could This Mean for the Markets

The ongoing economic stand-off between China and the United States is enough to worry anyone involved in the financial sector. There are real concerns that the ongoing spat will degenerate into a deep and prolonged trade war, and recent actions of both sides will have done nothing to dispel these fears. 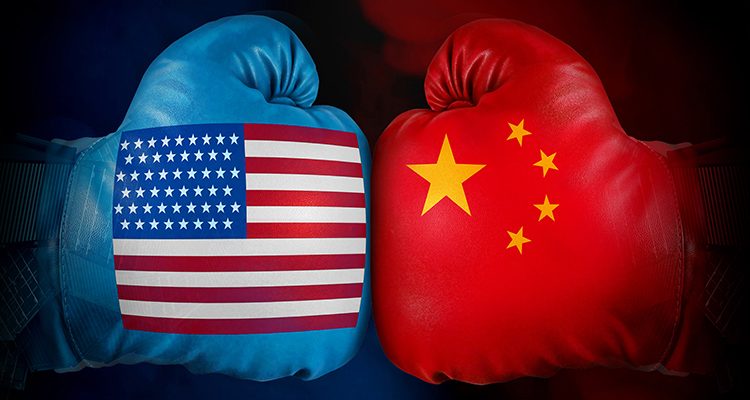 The VIX volatility index – which is commonly used to gauge the fear level among investors – jumped by 36%, leading the markets to become particularly volatile. Losses have been widespread. In the week of the 5th of August alone, the NASDAQ plunged 3.5%, the S&P 500 and Dow Jones both dropped 3%, the FTSE 100 fell by 2.5% and both the French CAC 40 and German DAX 30 saw decreases of around 2%.

With neither side willing to be the first to blink, investors are increasingly seeking out ways to properly insulate themselves from the instability of the market. However, given the unpredictability of the conflict itself, this is no simple task. So, to help you make the best decisions that you can, here André Lavold, CEO of Skilling, takes a look at what has gone on and how some key stakeholders have reacted.

The present state of play: tariffs, tweets and devaluations

Under this current American administration, trade conflicts are never truly resolved; instead being defined by periods of escalation and détente. May saw the US choose to increase the levels of tariffs on $200 billion of Chinese goods, to which the Chinese responded by raising tariffs of its own on $60 billion of US goods. At the G20 summit in Osaka, both sides publicly agreed to a ‘truce’, however this was almost immediately reneged upon by the Americans after the President tweeted that he would levy an additional tariff of 10% on $300 billion of Chinese goods.

This brings us to the current state of play. While the US and China have always treated each other in an adversarial fashion, the latest measures have escalated the conflict to a new level of significance. The latest round of tariffs, most of which will be introduced in the autumn and winter of this year, now focus on consumer-facing goods like electronics and clothing. Companies with significant exposure to China – such as Nike and Apple, who saw their stock prices fall by 3% and 5.2% respectively – were especially affected. With importers likely to pass on the price rise to consumers, these new measures will likely negatively impact consumer spending. With the US household being the backbone of the American economy, the odds of a severe economic slowdown or recession are increased.

Companies with significant exposure to China – such as Nike and Apple, who saw their stock prices fall by 3% and 5.2% respectively – were especially affected.

Knowing that this was likely to hurt its export-reliant economy, the Chinese took action. The People’s Bank took the strategic decision to allow the Yuan to depreciate below the seven per dollar rate for the first time since 2008. Being a floor that the Chinese Government had vigorously defended in past, many have suggested that this was a retaliation against the latest round of tariffs. While it’s only possible to speculate on whether this was indeed retaliation, there would be scores of evidence to suggest so. The positive current account balance which China maintains with the US means that its own tariffs are not as effectual as those implemented by the United States. However, by letting the Yuan weaken, this not only reduces the price of Chinese exports but also reduces the profit of American companies with operations in China.

Spillover: has a trade war become a currency war?

Having considered China’s actions as combative, the United States took the historic decision of labelling China as a currency manipulator; the first time it had done so since the Clinton administration in 1994. The President has also previously attacked the Federal Reserve for not choosing to cut interest rates, stating that this has led to an appreciation in the value of the dollar; making American organisations uncompetitive on the global market.

His rhetoric, combined with the greater chances of a global economic slowdown, suggests that a devaluation in the dollar could be forthcoming. A tough business environment would vastly increase the likelihood of intervention – be it quantitative easing, or lower interest rates – and this would result in the dollar losing value.

With both sides now flirting with the idea of a currency ‘race to the bottom’, this could develop into a very dangerous game of chicken.

With both sides now flirting with the idea of a currency ‘race to the bottom’, this could develop into a very dangerous game of chicken. While China has much to gain from a devaluation, it also has much to lose. Let the currency slide too far, and there is a great risk of capital flight. Similarly, as previously mentioned, given that the US retains a trade deficit of approximately $488 billion, it will be hard to let the dollar fall without impacting its own businesses.

The ultimate effect of this will be volatility in the currency markets, especially in the USDCNY pair, and for traders, this can create lots of opportunities.

With such unpredictable market forces at play, currencies and commodities that are considered ‘safe havens’ such as the Japanese Yen, the Swiss Franc and Gold have seen rises, as traders look for ways to protect their earnings. As long as the market remains volatile, they will continue to be good prospects. However, with the Japanese economy also being very reliant upon exports, traders should be wary of potential intervention.

The conflict has also led to lower oil prices, as doubts have been expressed in the general economic climate. This has impacted commodity currencies such as the Canadian Dollar and Norwegian Krona. The Australian Dollar has been doubly impacted as, in addition to being relatively reliant on natural resource exports, its economy is also uniquely exposed to the Chinese market.

Given the present impasse, it’s becoming increasingly likely that the trade war will not cease for some time. With both sides willing to dig their heels in, it may take a governmental change for the situation to develop any further. However, in the meantime, there are steps that you can take to protect your earnings. Minimise the risk of loss by auditing your portfolio and making sure that you’re comfortable with its allocation. By doing so, you ensure that you continue to earn at your fullest potential.

In 2020, the future is digital. Any SME with good business sense can find a foothold in the online market, provided…