As brick and mortar retail continues to struggle in the face of fierce online competition, rising overheads and changes in consumer behaviour, the commercial property sector has found itself at the centre of a changing consumer landscape. 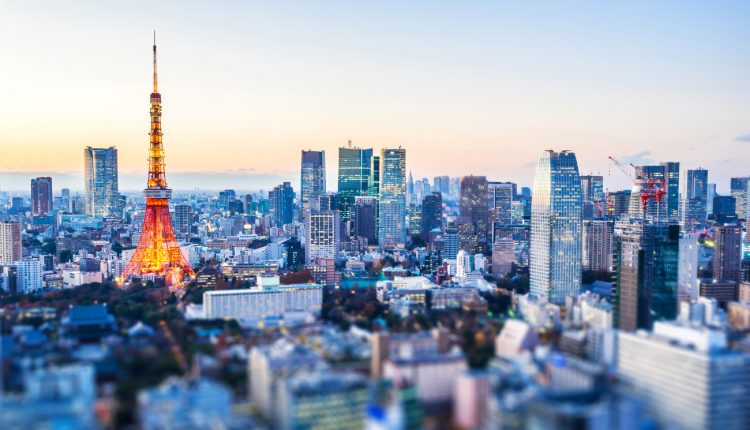 This has especially rung true for the British high street in recent years, with retail centre footfall having fallen almost exclusively between January 2017 and March 2019.

Whilst the future prospects for high street retail may initially seem bleak, there is nonetheless good reason to believe that there is light at the end of the tunnel. In this article, Jason Wood, Head of Commercial Property and Rashid Ali, Partner at UK law firm Smith Partnership, take a closer look at the role of commercial property in the age of high street decline.

Headlines announcing ‘the death of high street retail’ have become commonplace in the public arena, and there is definitely significant evidence to suggest that the high street is at least feeling the pressure.

The number of people purchasing goods and services online is expected to increase from 1.66 billion in 2016 to around 2.14 billion in 2021. Overall, ecommerce sales already accounted for more than 14% of global retail sales in 2019, and forecasts are tipping it to grow further towards 22% in the next four years alone.

Although these figures do not necessarily mean that digital consumers are shifting their focus entirely towards the online sphere, the trend undoubtedly represents a threat to traditional retail businesses. That observation is backed by the numbers, with the closure of UK chain stores having led to a decline of 6537 stores in 2018.

It’s not all bad news, however. Amidst this general downturn, takeaways, sports clubs, pet shops and specialist clothing stores are just some of the retailers that have posted a net gain in store numbers during the first half of 2019.

As online sales continue to grow, retail businesses have begun to adapt and diversify their approach. Aside from making their own move into the online market, retailers have found many new ways of safeguarding their commercial longevity. These could range from practical steps such as selling assets and large-scale reorganisations to focusing on the delivery of a more immersive brand experience.

Although the former approach may be seen as a necessary consequence of the changing retail environment, the latter steps may well be the ones that help reimagine high street retail in the 21st century. The presence of physical stores will always be the main distinction between online and offline shopping, and retailers are faced with the challenge of playing to those unique strengths in a future-oriented way.

What Could COVID-19 Mean for Money Transfer Providers? The Risks & Pitfalls of Property Investment Schemes

What About the Commercial Property Sector?

Retailers aren’t the only ones having to adapt to this brave new world – the commercial property sector has its own role to play in shaping the direction of the UK high street.

Store closures affecting both small businesses and high-profile retailers have made it harder for property investors to make the most out of their brick and mortar assets. Instead, many of them are faced with vacant space and reduced rental yields.

Unsurprisingly, commercial landlords whose portfolio is heavily focused around retail space are being hit hardest by the struggling retail sector. Rental cuts and company voluntary arrangements (CVAs) are at the order of the day, forcing landlords to rethink their strategy.

Commercial landlords whose portfolio is heavily focused around retail space are being hit hardest by the struggling retail sector.

Much like retailers themselves, diversification is often at the centre of that new approach. In some cases, this calls for nothing more than the repurposing of one retail space into another – as more and more shopping goes digital, retail warehouses continue to retain their importance.

In other cases, commercial property investors are moving into an entirely new direction. Opportunities in residential property, build to rent, flexible office space and other areas mean that landlords still enjoy many avenues through which to pursue commercial success. If the decline of the high street has taught us anything, it’s that adaptability is central to achieving that goal.

In order to ensure longevity, developments can no longer be based solely on office or residential use. A greater focus on multi-use, the environment and more flexible lease structures can go a long way in shaping spaces that occupiers wish to remain in, helping landlords guarantee income in the long term.

The commercial property sector is also responding to these changes through moving away from retail-led and transactional high streets. There is now a greater focus on experience and the blending of retail, leisure and culture into a single space. The future of city centres lies with being more than just a place to shop; they are set to become community hubs where visitors can shop, eat, visit and explore to their heart’s content.

In the face of such developments, landlords themselves are also having to alter their approach. Commenting on the changing role of the commercial landlord, Smith Partnership’s Wood and Ali said:

“Landlords focused on providing long leases at high rents are likely to struggle for survival in the long-term. In their place, landlords who take a more active role in the management and performance of their tenants are likely to become the new norm. As such, commercial landlords are steadily settling into a new role as the curators of the high street, considering which businesses will thrive in their space and supporting them in doing just that.”

With changing consumer behaviours continuing to have a significant impact on the UK high street, the time has never been better to carve out a new way forward.

Although retailers and commercial landlords will undoubtedly face further challenges in the years to come, there is also a wealth of new opportunity on the horizon. Those who are able to capitalise on it successfully are set to play an instrumental role in shaping the path ahead.