The FinTech sector is booming and it has continued growing at an unprecedented rate in the past few years. From crowdfunding to mobile payments and money transfer services, FinTech is revolutionising how businesses and consumers handle financial transactions and it will continue to do so in the new year. 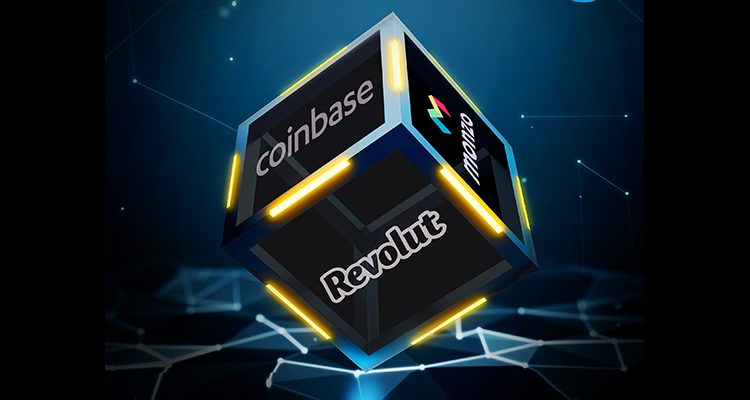 Here is Finance Monthly’s list of the hottest FinTech startups which are expected to continue attracting new customers in 2020. Some of them are well-known companies which will remain at the forefront of the sector and some are new startups which have the potential to disrupt FinTech in the new decade.

2019 has been a remarkable year for Revolut in terms of growth. Founded by Nikolay Storonsky, the digital finance platform which offers banking, currency exchange, cryptocurrency and stockbroking services, currently has around  6 million customers (up from 1.5 million a year ago) and is welcoming around 16,000 new users every day. It also currently has around 1,200 employees – the bank has recruited around 800 new team members in the space of a year. Despite the fact that Revolut reported a pre-tax loss of £33 million in 2018, compared with £15 million the previous year, exciting things such as a potential $1.5 billion funding round, as well as reports that Japanese investment giant SoftBank might invest in the challenger, are happening.

Founded in 2012 in San Francisco, Coinbase is a digital currency exchange which provides you with a platform where you can buy, sell, and manage your cryptocurrency portfolio. To wrap up an exciting year, Coinbase recently announced that it’s added five new cryptocurrencies to its offering (BAT, REP, XLM, XRP and ZRX), which brings the amount of the cryptocoins it supports to nine (with the original four being BTC, ETH, BCH and LTC). It’s also launched in 10 fresh international locations – Bulgaria, Croatia, Denmark, Hungary, Iceland, Liechtenstein, Norway, Poland, Romania, and Sweden. With its secure storage and insurance policy which covers all cryptocurrency stored on Coinbase’ servers, the FinTech is one of the most trusted cryptocurrency platforms in the world.

Regarded as one of the most popular neobanks out there, Monzo is currently used by 3,437,886 people and counting – according to its website, 40,000 people open a Monzo bank account every week. With its new features such as the ‘get paid a day early’ and the ‘salary sorter’ which separates your money between savings, bills and spending so you can’t overspend, the FinTech’s super user-friendly app is continuously disrupting online banking.

Despite its unicorn valuation though, UK-based Monzo operates under the “disrupt-now-and-make-money-later” approach – it reported losses of £47.2 million in the fiscal year ending February 2019, which are expected to rise further this year due to a £20 million marketing drive. However, with its rapidly growing number of users and staff (1,351 people at present), Monzo will definitely continue to drive innovation and be a trusted partner to tens of thousands of people in 2020 and beyond.

Founded by internet entrepreneurs Jeremy Allaire and Sean Neville in 2013, Boston-based Circle is a platform which helps you use, trade, invest and raise capital with open crypto technologies. With offices in Boston, New York, San Francisco, Dublin, London and Hong Kong, the company has caught the attention of Jim Breyer (Facebook), Goldman Sachs, IDG Capital (Baidu, Tencent), General Catalyst (AirBnB, Snapchat) and Accel Partners who have supported the company with $250 million.

Starling Bank is another online-only challenger bank which is disrupting traditional banking through innovation and technology. Launched in 2017 by Anne Boden in the UK, it recently hit 1 million users and is growing at a similar pace to Monzo. Over the past couple of years, Starling Bank has won a number of awards such as Best British Bank and Best Current Account 2019 and is also reportedly on-track to reach profitability by the end of 2020 – a rarity among the challenger banks.

Founded by Bulgarian entrepreneur Vladimir Tenev and American entrepreneur Baiju Bhatt, Robnhood is a commission-free investing platform. The company is currently valued at $7.6 billion after closing its most recent, late-stage funding round in July 2019 when Robinhood raised $323 million. With its over 6 million customers in the US and a planned expansion into the UK in early 2020, the company and its billionaire co-founders won’t be stopping anytime soon.

London-based Greensill specialises in supply chain finance, where businesses raise funding backed by supplier payments, with serious establishment backing. Founded in 2011 by Lex Greensill who used to be a Director at Morgan Stanley and Citibank, the company raised a round of $800 million in May 2019 from SoftBank’s Vision Fund which valued the company at $3.5 billion. Five months later, in October, it raised another $655 million in new funding from the same fund, bringing its total capital raised to $1.7 billion.

Headquartered in Berlin, N26 is one of Europe’s most prominent digital banks which target millennials. Labelling itself as ‘not your grandad’s bank’, the challenger is investing a lot in marketing campaigns and does not see profitability as a “core metric”. Earlier this year, the bank raised a further $170 million from existing investors at a valuation of $3.5 billion (increasing its market worth by $800 million from the last raise). With its 3.5 million customers in Europe, the neobank has big plans for 2020 and plans to expand into the US market in the near future.

2019 has been a good year for Berlin-based FinTech Raisin – it raised €25 million from Goldman Sachs in August on top of a €100 million Series D round three months before. It now has 84 partner banks from 24 countries and eight platforms which cover all of Europe. Founded in 2012 by Dr Tamaz Georgadze (CEO), Dr Frank Freund (CFO) and Michael Stephan (COO), the company offers an open banking platform for online savings and investments for customers across Europe, claiming that it has delivered more than €115 million in interest to its 200,000 savers across Europe.

With its US platform launching in 2020 and plans to buy potential businesses in the retirement market, it looks like Raisin is set for another exciting year.

With its offices in Stockholm, London, New York and Berlin, Klarna is on its way to become one of the world’s top FinTech companies. In 2019, the startup that makes shopping easier launched a new $460 million fundraising round, which resulted in a post-money valuation of $5.5 billion and made it the highest-valued private FinTech company in Europe.

The company has recently faced some criticism because the ‘pay later with Klarna’ button is used too much by young people who then end up in debt, so there are definitely some things that the Swedish FinTech needs to work on in the future when it comes to its image. However, with its more than a million transactions a day between 170,000 merchants in 17 core markets, Klarna is definitely one to watch!

Set up in 2011 by Estonian friends Taavet Hinrikus and Kristo Kaarmann in London, TransferWise has revolutionised the way we transfer money overseas. With its wise model of not moving money across borders, which would incur fees, the startup maintains separate pots for each currency, which it then disburses funds from. Backed by investors such as Richard Branson and Silicon Valley VC firm Andreessen Horowitz and collaborating with FinTech rivals such as Monzo and N26 which have integrated TransferWise’s software into their platforms, TransferWise is one of the FinTechs that are actually profitable – it reported an annual post-tax net profit of £10.3 million for the fiscal year ending March 2019, which was 66% more from the previous year.

Founded in 2018, Bita is a FinTech company that offers infrastructure and software for the development, backtesting, calculation and administration of indexes and systematic investment strategies. By using BITA’s open infrastructure, asset managers, banks and institutional investors can run any type of systematic strategy or index in house, retaining their IP and avoiding costly data and index licensing costs. Bita is one of Frankfurt’s fastest-growing FinTech companies and this year, it secured  €1.25 million from a group of local and international investors. 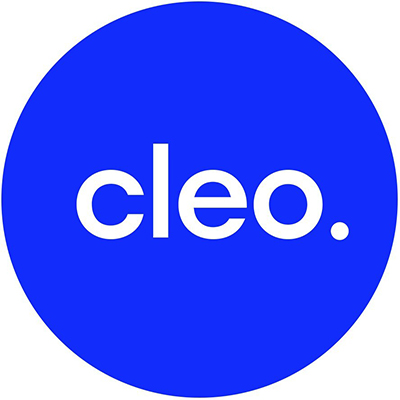 Cleo is a London-based artificial intelligence startup that offers an assistant to help users with managing their finances. Through connecting to your bank accounts and credit cards, the app provides you with insights into your spending and can answer all of your questions. Founded in 2016, Cleo has so far raised $13.3 million and is set to become everyone’s virtual financial assistant.

With over 600,000 users, Curve provides a smart platform for all of your cards which replaces your wallet. Launched in 2018 and based in London, the startup recently raised €49 million and offers its customers to become part of the ownership structure of the company through launching a Crowdcube campaign in September this year.

Founded in 2017, Goin is an award-winning app which helps people save and invest money automatically. You don’t need any previous investment experience – all you need is the Goin app. Based on a simple system which understands the user’s profile and habits through questions and answers, it offers automatic ways and methods to save money. Once you’ve saved enough money, Goin provides its users with options for investments – including through crypto. The startup has raised €2.2 million in the past 2 years. 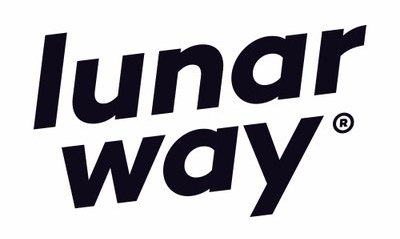 Lunar Way is a Danish digital banking app which operates in Denmark, Sweden and Norway. Founded in 2015, the startup received its banking licence this year and has offices in Aarhus, Copenhagen, Oslo and Stockholm, having raised $53 million so far. Lunar Way provides its users with a basic account, money transfers, bill payment, and budgeting tools. You can also create personalised goals, save money and choose credit lines depending on your needs.

German FinTech Penta offers SMEs and startups a digital financial services platform which saves them time and money. Hoping to disrupt business banking in Europe and worldwide, the company connects a number of services and provides a platform for all of its users’ financial needs. Earlier this year, Penta was acquired by finleap and in August 2019, it raised €8 million in an investment round led by HV Holtzbrinck Ventures.

London-based startup Trussle is your free online mortgage broker, helping you wherever you are on the ladder. All you need to do is create a Trussle profile which indicates your unique needs and Trussle will go through 12,000 deals to find the right one for you. Set up in 2016, the company is the first online mortgage broker and has raised £19.3 million in the past three years.

Since its inception in 2016, TrueLayer has been building universal APIs that allow companies to securely and efficiently access their customers’ bank accounts to share financial data, make payments and validate their identity. London-based and available in the UK, the company will be expanding into the EU soon, aiming to become the leading provider of APIs that will power a new era of financial innovation. In June this year, the startup raised $35 million in funding in a round led by Chinese financial giant Tencent and Singaporean sovereign wealth fund Temasek, which will fuel its expansion into Asia. 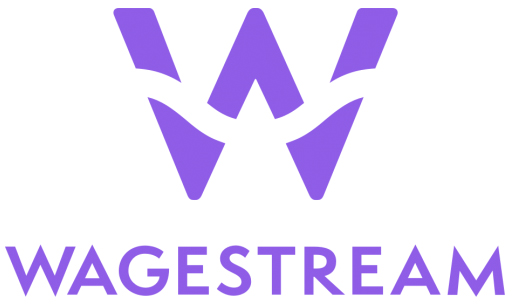 Wagestream is an app which gives your employees the power to stream their earned wages into their accounts whenever they need it. The company has an expanding list of partners – all of which are seeing up to a 40% increase in staff retention, 10% increase in employee productivity and a huge competitive recruitment advantage – as much as a 10x increase in job applicants by offering flexible daily pay to employees. Backed by Jeff Bezos and Mark Zuckerberg, the London-based FinTech was founded in 2018 and has so far raised an impressive £44.5 million.