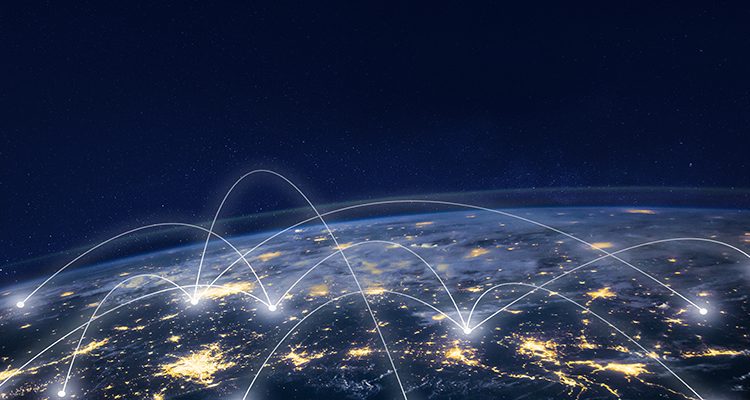 The global growth of money transfers

Some 270m migrant workers will send $689bn back home this year, according to the World Bank. This figure is a landmark moment. Global money transfers will now overtake foreign direct investment as the biggest inflow of foreign capital into developing countries.

Global transfers are also now well ahead of private capital flows and foreign aid, the third and fourth largest inflows of capital to emerging economies respectively.

In some countries, global money transfers now constitute a third of the total GDP. The most popular destinations for these transfers include India, China, Mexico and Egypt, according to the World Bank.

Very often these money transfers are life-changing for those that send or receive them and for the communities in which they live. Money earned in the UK goes further in emerging economies.

The money might go on funding everything from basic food and housing costs to medical bills and education for children.

Rather than simply acting as a ‘hand out’, research by the International Fund for Agricultural Development shows that money sent back home creates independence and sustainability.

Funds may provide the seed money for small enterprises and family business. They generate economic opportunities for women, which would not otherwise exist.

The World Bank also believes that money transfers are encouraging the development of greater financial skills in developing countries with recipients more likely to own a bank account.

The World Bank also believes that money transfers are encouraging the development of greater financial skills in developing countries with recipients more likely to own a bank account.

What’s led to this growth?

The dramatic rise of global transfers in recent years is down to a range of factors.

First, the number of people in the world who now live outside their country of birth has risen from 153m in 1990 to 270m last year, according to the World Bank.

As migration has increased, so global money transfers have swelled from a trickle to a flood. This flow of private, informal and personal capital has become one of the defining trends of globalisation of the last 25 years.

Second, advances in technology are making it easier to send money abroad. What was once a laborious, slow and expensive process to move money across borders is now simple, quick and low cost.

Money transfers once depended on physically entering a bank and arranging for someone to collect the cash at the other end. Technology, such as Paysend’s card to card transfer service, Global Transfers, now enable consumers to send money directly from one card to another with the tap of an app.

Money can now move around the world almost as quickly as it’s earned. Family members back home will receive money in an instant.

According to a 2018 UN report, the average global transaction cost is 7%. However, FinTech start-ups have reduced to well below 2%. On a transaction of £1000, this saving can represent an extra two terms of primary school fees in some developing countries. Paysend charges a transparent fee from just £1 per transaction, which represents a sensible difference against more established systems.

Global money transfers are now the “most important game in town when it comes to financing development”, according to Dilip Ratha, the head of the World Bank’s global knowledge partnership on migration and development.

Beyond the movement of money, global transfers are having an impact on the way people live their lives.

First, people increasingly want to live life without borders. According to a BBC World Service Poll in 2016, 56% of people in emerging economies see themselves as global citizens first and foremost.

Second, financial inclusion is increasing. The World Bank’s 2017 report ‘Measuring financial inclusion and the FinTech revolution’ shows that money transfers are encouraging new financial management habits in the developing world. Many people will seek financial products for the first time.

Third, where FinTech leads others will follow. PwC reports that the majority in the banking sector believe at least some part of their business is under threat by the FinTech revolution.

At Paysend we’ve been at the forefront of these developments. We have been helping more than one million customers transfer money to more than 70 countries worldwide safely and with minimal fees. We grow each day as more people use our service for instant and flat-fee transfers around the globe.

Because moving money change lives, it’s vital we do all we can to make paying, holding and spending money as simple, quick and low cost as possible.

In doing so, we’ll ensure that more of consumers’ money is enjoyed by those they care about.