The Wisdom of the Hack: Too Busy to Meditate? Meditate Like the Masters Using this Hack

“You should sit in meditation for 20 minutes a day unless you are too busy – then you should sit for an hour.” Dr Sukhraj Dhillon 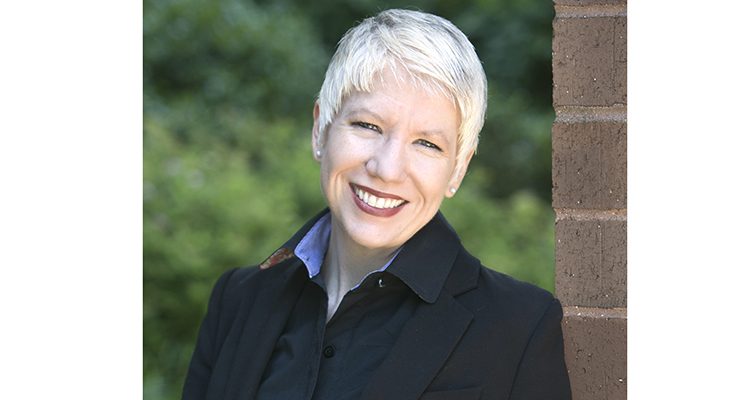 In Asia, for thousands of years, meditation has been used to improve one’s experience of life. Mindfulness, one particular form of meditation, is now ubiquitously acknowledged by healthcare providers as efficacious for reducing stress and promoting health. With that said, for many in business, choosing meditation or “just sitting” seems to be a luxury, despite it being free. But what if we found a way to better use the time we do have for meditation?  Is there a meditation hack?  As it turns out, there is. And finding it is as easy as falling asleep.

Kim Desrosiers has been an environmental consultant for over twenty-five years and currently serves as an independent investigator and neutral fact-finder for two of the largest environmental cleanups in US history. She is also an engineer, businessperson, outdoorswoman, mother, international Buddhist teacher, Reiki Master, and meditator. Below, Kim delves into meditation for busy professionals, sharing a hack that will help you meditate without feeling like you’re “wasting your time”.

I was forty-five years old when I travelled to India for the first time. The trip was to Ladakh, which translates to “land of high passes”, the Himalayan and Kundun mountain ranges in that region being ideal for mountaineering. And although I am an ice climber, I wasn’t there to climb. I was there to meditate. I travelled to see the Dalia Lama with a good friend of his, and a teacher of mine, Dr Robert Thurman. Dr Thurman, named as one of Time magazine’s 25 most influential Americans, has taught me a great deal about meditation, but on that journey to Ladakh, the course of my meditation practice was impacted most profoundly by his wife Nena, a baroness formerly known as Birgitte Caroline von Schlebrügge. Nena’s advice was this: when you can’t move your body, “move your mind”.  Like many advanced meditators, Nena had achieved a degree of stability in her meditation that allowed her mind to move into expanded states of awareness. Up until that point, as a student of epistemology, I assumed those deep meditative states were reserved for monastics and yogis, people who devoted tens of thousands of hours to formal sitting meditation practice. But Nena was no monastic – she had been a supermodel, was the Executive Director of Menla, and perhaps most impressively, had raised four children. Her example proved that it was, in fact, possible for those of us with careers and families to hack our meditation.

When you can’t move your body, “move your mind”.

Rewind twenty years, pre-hack, my meditation practice started out quite badly, in that I didn’t. I avoided practice at all cost. I didn’t see value in sitting and doing nothing. Consultants like me are paid by the hour for thinking. To sit and specifically not think seemed to me to be valueless. I just didn’t get it. I made excuses. Somewhere along the way, I had derived a formula that looked like this:  mind = good = busy. This logic is rational, from the standpoint of the individual. I survived into my twenties being busy. And I was fairly happy, so what was there to change?  As it turns out, there was actually nothing to change. Change happens all on its own. You can fight it and experience discontentment, or you can learn to flow into it. Happiness has levels, but you aren’t going to know those levels exist until you stop labelling the things you think you know, and like a lot of twenty-somethings, there was a lot of labelling of things that I thought I knew but didn’t.

Fast-forward twenty years, and a not-insubstantial quantity of traditional sitting meditation practice under my belt, along with Nena’s example in the forefront of my mind, I came across a YouTube video that played a sound that again changed what I thought was possible. The sound from the video instantly dropped me into a state of deep sleep. When I awoke, I was amazed by what I had just experienced.

After waking, and a little research, I found that the audio played in the YouTube video had been patented by Robert Monroe, a sound engineer, in the early 1970s (see, e.g., US Patent 3,884,218). Monroe had developed a method of inducing sleep in humans whereby an audio signal was generated from the combination of a “familiar pleasing repetitive sound modulated by a [brainwave] sleep pattern”. Simply stated, by playing a sound encoded with a certain brainwave pattern, the listener synchronises to that pattern. In my case, the theta and delta patterns, brainwaves characteristic of sleep, which were encoded in the sound played over YouTube synced up with my brain, taking me directly to the Land of Nod.

Since the 1970s, Robert Monroe’s research has been carried on at The Monroe Institute (TMI), where listeners use sound brain-mind technologies to become familiar with various brainwave patterns, and the concomitant states of awareness. Through the practice of meditation, while using that sound, one learns to recognise the pattern. Without the sound hack, meditators rely on trial and error, which is perhaps why, to become advanced, thousands of hours of sitting practice are needed using the traditional “just sit” approach.

One of those traditional-method meditators, Kai Sui Fung, a 91-year-old head of a Zen Buddhist temple in British Columbia reported to the Wall Street Journal that TMI’s sound tech brought about meditation states in a week that took him thirty years of sitting practice to achieve.

Allyn Evans, MBA, business consultant and Co-founder of Energy Medicine Squared advises her clients to use TMI’s sound tech to reach states where, according to Allyn, they can “tap more readily into their creative self” and gain simultaneous access to both left and right brain hemispheres. Allyn’s clients have reached those deep brainwave states of theta and delta while remaining lucid and awake. This is desirable because theta brainwave activity is associated with learning, conflict resolution, and positive change, while delta brainwaves are associated with healing and regeneration. Remaining awake during change-making positive states is what advanced Buddhist meditators are all about, and what every one of my Tibetan Buddhist teachers has described as the path to insight.

From Pythagoras to Thomas Edison, we have studied acoustics and the nature of sound, imagining that which may be possible. Within a range of possibilities, you will find advanced meditators, from monks to supermodels. Perhaps you have ten thousand hours to sit in meditation, and in that case, I say, go for it. But, if instead, you find yourself in a conference room rather than in robes, don’t worry. Those promised levels of greater happiness aren’t going anywhere. Do your business. But also trust in the wisdom of the hack.

10 Ways To Protect Your Child’s Credit From Fraud