What does Asia’s Tax Transformation Mean for Global Authorities?

Much has been written about the impact the transformation of Latin America’s tax regimes has had on tax authorities across the world. In light of the region’s success, waves of digitisation and real-time controls have been adopted throughout the European Union, for example, with countries including Spain, Hungary, and - most recently - Italy digitally transforming their taxation systems. Even more recently, there have been signs that major Asian economies, inspired by this activity, are taking these initial ideas and applying their own interpretations. We may, however, be witnessing the advent of a new tax model that’s potentially more interventionist and stated-driven than anything else we’ve seen to date. It’s understandable that governments will do what they can to increase revenue and close gaps in their country’s tax system. But a balance must be struck between the need to tighten regulations and ensuring the system doesn’t render that country’s businesses less competitive than companies in other countries. 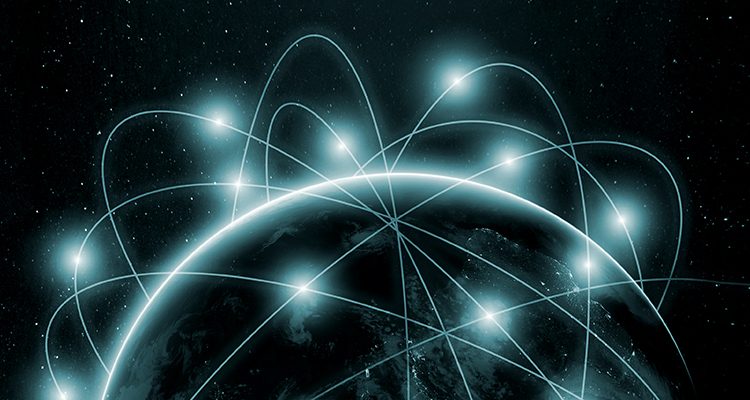 Governments around the globe are undergoing a form of digital transformation, mandating real-time tax enforcement and new forms of digital reporting as they look to capture billions in lost tax revenue. Advances in technology mean they are able to insert themselves into every one of a business’s transactions and change taxation requirements whenever the opportunity arises to claw back some extra revenue. Probably the best-known example of this, the use of electronic invoicing with real-time administration controls, has been mandatory in Latin America for almost two decades now.

The most tightly-controlled regimes in the region, such as Brazil’s tax authorities, operate in a “triangle model”. Here, the transaction data and corresponding invoices must first be sent by the supplier to the country’s tax administrators for approval. Only once it’s been approved can an invoice be sent from the supplier to the purchaser without intervention from the administration. Finally, the transaction must often be validated between the purchaser and the tax authorities.

In certain parts of Asia, though, these controls may not be seen as tight enough. There is a move in some countries on the continent to play a bigger role in the exchange of data between suppliers and buyers.

Many countries in the European Union are inspired by the Latin American approach but express this not by imposing electronic invoicing, but by making traditional VAT returns, reporting and auditing concepts more granular and more frequent. This approach is controversial, for several reasons.

To start with, reporting and auditing of indirect tax are activities that EU Member States can freely decide on without much mingling from Brussels. This is leading to a multiplicity of continuous and other technology-based enhanced VAT reporting schemes that contradict the very spirit of the EU internal market.

Secondly, most companies deal with VAT returns and similar periodic reports using manual approaches and often relying on local subsidiaries to deal with local idiosyncrasies and the submission to authorities. Gradually making these processes faster, and requiring the inclusion of actual transaction data rather than aggregate amounts creates confusion as to when these current VAT compliance processes need to be replaced by automated processes.

Some Asian tax administrations are going all the way by seeking to control or even own the entire technological stack for the transference of transactional data.

Some Asian tax administrations are going all the way by seeking to control or even own the entire technological stack for the transference of transactional data. The entire communication flow – including the approval process – is run through a government network, thereby ensuing some of the highest levels of control on invoices and tax ever seen.

Take India, by way of illustration. The Indian Government established a committee to examine the viability of e-invoicing as a way of reducing tax evasion under its Goods and Services Tax (GST) programme. This committee has proposed to set up an extensive real-time control system which uniquely identifies suppliers’ invoices and, in many cases, transmits registered invoices to buyers.

The aim of this initiative is certainly laudable; it was designed to provide greater transparency into the country’s taxation system, helping to close its tax gap, reduce fraud and promote automation in both the private and public sectors. Such a stringent process could have an impact on global supply chains, however. India is a global manufacturing powerhouse. Should any corporation with a footprint in the country fail to understand the new process, it could not just result in non-compliance and associated financial sanctions, it could impact just-in-time delivery of critical components for the assembly or distribution of finished goods to businesses and consumers worldwide.

Given the wider implications of such tight controls, a lighter touch may, therefore, be more effective. Recent initiatives in Singapore also correspond to the trend for Asian authorities to pay more attention to the exchange of business data between suppliers and buyers but suggest a lighter-touch approach.

Recent initiatives in Singapore also correspond to the trend for Asian authorities to pay more attention to the exchange of business data between suppliers and buyers but suggest a lighter-touch approach.

In May 2018, Singapore’s Government announced the introduction of a nationwide e-invoicing framework largely based on a system that was originally designed to make public procurement more effective and equitable in Europe. The primary function of this framework is to raise productivity and efficiency within Singapore’s business ecosystem, but there are clear indications that certified transaction management cloud vendors acting as ‘access points’ on this network may also be required to perform transaction reporting to the Singaporean authorities for tax control purposes.

Companies can send and receive e-invoices based on the Pan-European Public Procurement Online (PEPPOL) standard, a set of technical specifications that can be implemented to enable interoperability among disparate public procurement and private sector e-invoicing systems. Doing so means that not only is Singapore able to adopt e-invoicing on a large scale, but its companies are able to carry out relatively friction-free international transactions with businesses from other countries that use the PEPPOL standards.

Latin America, the European Union, and now Asia. Each of these regions has embraced the advantages technology can offer when it comes to generating additional tax revenue, and closing existing gaps in their respective systems. The concept of real-time or near-real-time harvesting of live transaction data is central to most of these ‘continuous transaction control’ systems; however regional differences are emerging that take into account not just lessons learned from early adopter countries, but also cultural and economic differences.

While there are clear tax and economic benefits for governments to leverage modern technology to grab transactions between suppliers and their customers as they happen rather than requiring complex reporting and auditing after the fact, the business challenges of diversity within regions with similar philosophies (for example, the major differences among e-invoicing approaches in Latin America) are increasingly compounded by more structural differences among regions. Perhaps only time and experience will tell if their new state-driven model will be a success, or whether a compromise is required after all.

7 Ways to Prepare Your Portfolio for a Recession