Will the 2020s be the Decade the Stock Exchange Dies?

Daniele Mensi, CEO of Nexthash Group, explains how the global investment structure may change in the next 10 years. 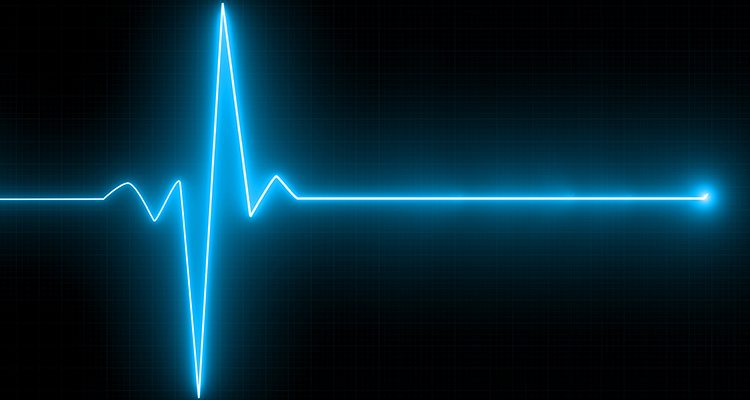 As we reach the end of the 2010s, many investors will reflect on a decade that was still recovering from the worst financial collapse in history as we race towards the centenary of the great depression of the 1920s. Many players, including politicians, investors and fund managers, have commented on financial practices and how we need radical change to ensure economic collapse does not happen again. However, in this new era of technology and globalisation, there is a case to be made for digital exchanges superseding the traditional stock exchange to break the monopoly of overinflated IPOs and expensive exchange fees by traders and fund managers.

With various political and economic influences affecting businesses today, investors are looking for ways to gain rapid and secure returns on their investment on an international scale. IPOs, or companies listing on a stock exchange, have been receiving a substantial amount of negative press, in particular, WeWork and its operating losses and valuation, and this is worrying both institutional and retail investors who are looking for a better and more secure solution to access internationally facing high growth startups.

One of the most spectacular falls from grace in terms of Unicorns reaching the IPO stage was WeWork. They publicly filed its IPO paperwork on 14th August. After this, WeWork faced intense scrutiny of its finances and leadership from investors and the media. There were concerns about WeWork’s path to profitability and its leader, CEO and Co-founder Adam Neumann. Ultimately, WeWork delayed its IPO on 16th September.

Now, WeWork owner The We Company may seek a valuation in its upcoming initial public offering of between $10 billion and $12 billion, a dramatic discount to the $47 billion valuation it achieved in January, Reuters reported. SoftBank, WeWork’s biggest investor, took control of the company on 22nd October. SoftBank is reportedly giving Neumann $1.7 billion to step down from his position as Chairman of the board at WeWork. With SoftBank’s takeover, WeWork’s valuation is expected to drop to $8 billion, according to The Wall Street Journal.

As Britain prepares for Brexit and WeWork shelve its IPO, new forms of investment could be crucial for these scaling businesses as well as global investors who want to maintain access to the UK marketplace.

“The We Company” was described in its IPO filing as an umbrella with three major arms: WeWork, WeLive, and WeGrow. Neumann trademarked the term “We”, forcing WeWork to buy it for $5.9 million. His successors, Artie Minson and Sebastian Gunningham, have stepped into the role of Co-CEOs of WeWork as it attempts to navigate its future.

To gauge investor appetite for IPOs and trading companies on traditional stock exchanges, Nexthash Group commissioned nationally representative research across over 2000 UK-based investors, and it revealed a clear mandate for change.

A third – 33% – of Brits want more flexible ways to invest into businesses than stocks, shares or venture capital investments.

A quarter of Brits – 24% – agree that seeing Unicorns and their IPOs fail or not fulfil their potential, such as Uber, has made investing into Initial Public Offerings unpalatable to them.

One in five British investors – 21% – feel gold and real-estate does not give them the rapid return on investment that they can get from high-growth, internationally-facing companies.

Three in 10 Brits – 28%- would consider using Digital Security Offerings if there was an unbiased, trustworthy source of information about them.

More than two-thirds of British investors – 68% – would only trade or invest where there is security or protection against fraud for their investment.

The research clearly demonstrates a desire for change from investors, with over a quarter of investors looking for more education of Digital Security Offers and a third wanting more flexible investment offers than stocks and shares. This is why, as we enter the decade of the 2020s, there is a case to be made for the rise of the digital exchange challenging the traditional stock market.

In the 2010s, we have seen challenger banks do things differently from the traditional high street offer, and digital exchanges stand to shake up the way individuals think about trading in companies.

Blockchain investment platforms can help make global growth finance for scaling technology businesses more transparent and easy to access. Both individual and institutional traders will be able to engage more with blockchain technology-backed trading, where the businesses are backed by a Digital Security Offering and there exists a greater potential to make rapid returns on their investments than the traditional routes. As this is adopted into the mainstream, it will revolutionise the way companies in Britain will access scale-up finance, how investors will access these businesses, and how illiquid shares can be traded into liquid capital in ways never imagined before. As Britain prepares for Brexit and WeWork shelve its IPO, new forms of investment could be crucial for these scaling businesses as well as global investors who want to maintain access to the UK marketplace.

With these new products and offerings, they are offering both businesses and investors different options for investment and growth by using the volatility of cryptocurrencies and the high-growth nature of the companies to achieve fast, liquid returns in a standard supply and demand format. These platforms, such as the digital exchange platform Nexinter, have been built from the ground up to offer scaling, internationally facing companies the chance to be in front of an educated investor base who see their true value in the marketplace, not as the hyperinflated valuations which so many unicorns are subjected to.

In the 2010s, we have seen challenger banks do things differently from the traditional high street offer, and digital exchanges stand to shake up the way individuals think about trading in companies. Digital exchanges, such as our Nexinter platforms, allow international trading to take place in a fully regulated space, with access available 24 hours a day, 7 days per week, from and to anywhere in the world. It also eliminates the expense of fund managers and gives the ability for investors, retail or sophisticated, to take advantage of the inherent volatility of cryptocurrencies to maximise their investments at a significantly faster rate than traditional stock options. This is why the decade of the 2020s is set to be remembered for the rise of the digital exchange.

Anti-Greenwashing, COVID-19 and Brexit: The Current State of the Fund Sector in…