Changing Culture in Firms: Why Complaints are Likely to Start Making the News Again 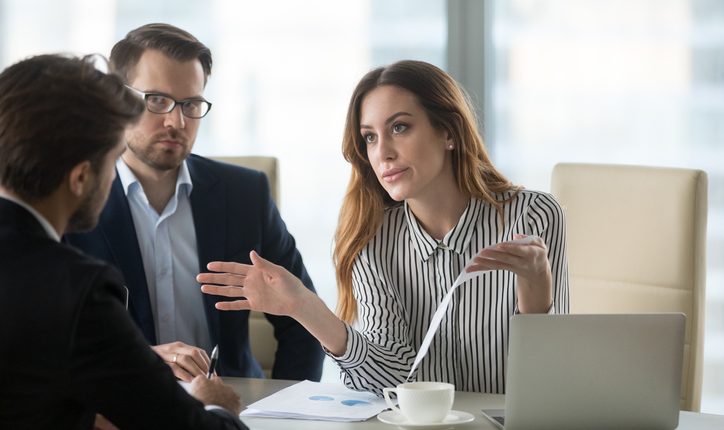 Complaint handling regulation has been in force in UK financial services for as long as I can remember – which is quite some time! During that time the complaint handling rules (DISP), have been amended several times by the incumbent regulator, with the most recent change being made in 2016. All these iterations have been designed to make the process more effective by improving the process of registering a complaint and ensuring that each and every issue raised is carefully and fairly evaluated.

From 2009, the regulator instigated a change which has seen them publishing details of all firms receiving over 500 complaints in the previous six-month period, in an attempt to name and (dare I say it) shame firms into taking appropriate action to reduce their volumes.

All of this is well known and even when taking the spike in complaints caused by the PPI deadline into account, the most recent published set of data (for the first half of 2019) revealed some interesting headline figures as the table below shows:

A non-complaint specialist could look at these figures in a number of ways. An optimist would no doubt point to the fact that, with the exception of the total redress, the figures show a decline, albeit modest, so therefore, cause for good news.

A more critical eye however, would argue that despite firms being well educated on the need to reduce both complaint volumes and the inconvenience and distress to customers, the figures are stubbornly high. Indeed, looking at the figures for the first half of 2018 and 2017, the total complaint figures mirror the very gradual decline shown on the table above. Compounding this is the telling statistic that over half of the complaints registered were upheld. In other words, in over a million cases the firm agreed that the complainant was justified in their complaint and had been mistreated. Yes, the financial services industry is large with around 50,000 or so regulated firms operating in the sector. However, the vast majority of these firms are small and to illustrate this point, several major high-street banks opened over 200,000 non-PPI related complaints in 2019 H1.

Therefore, given the number of complaints and the percentage that are upheld, the more critical observer might begin to wonder whether there is something more deep-rooted about the way firms treat their customers. From a regulatory point of view, these figures must continue to be depressing reading. If we look back in time to 2006 when the Treating Customer Fairly (TCF) initiative was introduced, it asked firms “to put consumers at the heart of their business”. Given that was over ten years ago, it doesn’t look like we are making much progress as an industry does it? For some time now the topic of complaints is likely to have been a standing item on any Board’s agenda, however, are firms making the progress one would expect? These figures suggest not.

“Poor culture is one of the fundamental root causes of financial misconduct and harm to market integrity, alongside firms’ own business models and strategies”.

To provide some perspective, we must bear in mind that the rise of “consumer champions” such as Martin Lewis and all the consumer-focused programmes that urge consumers to complain is no doubt fuelling some of what we seeing in the financial services market place. However, surely these stubbornly high figures cannot be attributed to that alone.

For some time, the regulator has talked about the importance of developing a customer-centric culture, with limited success it appears. However, two things have changed and will likely make complaint handling a priority, not just an agenda item, for main boards.

The FCA have made it clear, certainly to those banking and insurance firms that have been subject to SM&CR since 2016, that they expect to see the regime as a major driver for culture change in firms. Jonathon Davies, the FCA’s Executive Director of Supervision, Retail and Authorisations said in a recent podcast [1]: “Poor culture is one of the fundamental root causes of financial misconduct and harm to market integrity, alongside firms’ own business models and strategies”.

For this reason, tackling firm culture is a “huge priority” for the regulator. In the same podcast, he also said: “SM&CR is about cultural change, not just compliance, and real personal and regulatory expectations are being put on senior managers to lead and do the right thing”.

Separately, in a recent survey by the FCA of firms who implemented SM&CR in 2016 [2], questions were asked about how well SM&CR has been embedded. The survey cited many positive signs. However, the FCA concluded; “It is not clear to what extent the regime has been linked to culture”.  In the same survey, the FCA cited that firms said that whilst SM&CR had changed senior managers’ thinking: “there is some room for further progress at the Certification level and potentially more significant weaknesses in the implementation of the Conduct Rules for other staff”.

In the FCA’s latest Business Plan[3], culture change was cited as a key cross-sector priority; “Culture plays a critical role, a healthy culture, focused on delivering consumer outcomes, helps individuals in firms to make the right judgements that do not result in consumer or market harm. Conversely, weak governance or poor culture increase the likelihood that harm will occur”.

The FCA went on to say: “There are significant challenges in both measuring culture objectively and in establishing the causal link between cultural change and consumer, market and business outcomes”. However, the FCA go on to say: “…we can measure this (culture change) through upheld complaints levels, consumer redress levels and feedback from consumers”.

Culture is complex and notoriously difficult to change, and if change is to be achieved, action is required on a number of levels.

Bringing these various strands together, we have in the FCA, a regulator that expects the industry to ‘do the right thing’ for consumers. It sees poor culture as a key root cause of financial misconduct and sees complaint levels as a key indicator of culture change. Finally, the fact that complaint levels are in the millions and, whilst reducing, are doing so very slowly suggests there is much work still to do.

So, if culture change is the key to reducing complaints, how might we go about tackling this?

Culture is complex and notoriously difficult to change, and if change is to be achieved, action is required on a number of levels. Using recent messages from the FCA’s executives and its SM&CR survey, a programme designed to address the underlying causes of complaint levels could look like this:

It’s clear that the FCA expects senior managers in firms to take the lead and set the tone and direction for making the firm more responsive to customers. Whilst the FCA have stated that their research indicates that the Senior Manager’s Regime (SMR) is being embedded with some success in firms, they do not appear to have the same level of confidence around the effective training and implementation of the new Conduct Rules. In his recent podcast, Jonathan Davidson talked about conduct rules being ‘almost a pledge’ where employees uphold the four fundamental behaviours, i.e. acting with integrity, due skill, care and diligence; treating customers fairly; being open with regulators; and keeping to proper standards of market conduct, can and should ‘push back’ against any behaviour going against these fundamentals.

Therefore, in addition to setting the tone through their own behaviour, the second focus for senior managers is to focus on training individuals in what the Conduct Rules mean in the context of their own roles.

The second area is to focus on embedding the newly implemented Conduct Rules regime to the same degree as has been achieved with the SMR. Using the results of its own survey, the FCA points to different priorities for each regime, however, a key finding focuses on role relevant training.

Secondly, staff should feel able to use this increased awareness and capability to speak up if they see or are being asked to do things that contravene this conduct rule ‘pledge’. Of course, the other side of this is that management at all levels should work to create an atmosphere where staff feel empowered to speak out. The banks and insurers, who have been live with SM&CR since 2016, have seen a Prescribed Responsibility introduced that seeks to ensure that the firm’s internal whistleblowing procedures are known and provide protection of staff who raise concerns. Although there is no whistleblowing Prescribed Responsibility for Solo Regulated firms, given the links between whistleblowing and a healthy culture, there is every reason to believe the FCA still expects whistleblowing to be ‘front of mind’ for executives.

If the first two actions are ‘top-down’, the final action is more ‘bottom-up’. An expectation of the DISP rules is that firms conduct root cause analysis (RCA) of their complaints as part of their overall complaints process management.  Where systemic and/or recurring issues are identified, then the firm should expect to put plans in place.

However, with the new and increased focus on complaints in the context of culture change, it would be prudent to re-view them with a particular focus on root causes that are borne out of culture. Difficult as it may be the results of this analysis should be taken on board by senior management and specific actions put in place to address the common causes of complaints that are rooted in ‘poor culture’.

There are many research studies that have found that focusing on complaints and their root causes turn complainants into brand advocates [4]. Positioning a case for a re-review of complaints to senior management as good business sense would make it far easier to get ‘buy-in’.  And, given the complaint figures at the beginning of the article, really addressing these root causes could deliver significant business advantage for the firm.

Whilst the concept of ‘zero complaints’ is an impossibility, taking action in these areas could have a major impact in reducing the number of complaints and amounts paid out in redress each year. Finally, it would demonstrate to both the regulator and consumers alike that it is serious about culture change and putting consumers at the heart of what it does.