Computer Glitches in Large FS Firms? You Can Bank on IT

Banks have suffered a number of high-profile and costly IT glitches in recent times. Most notable among these was the ongoing saga at TSB when it tried to migrate its systems over to new parent company Banco Sabadell. But Barclays, RBS and VISA were among a number of other major financial services providers to report significant tech failures in 2019. 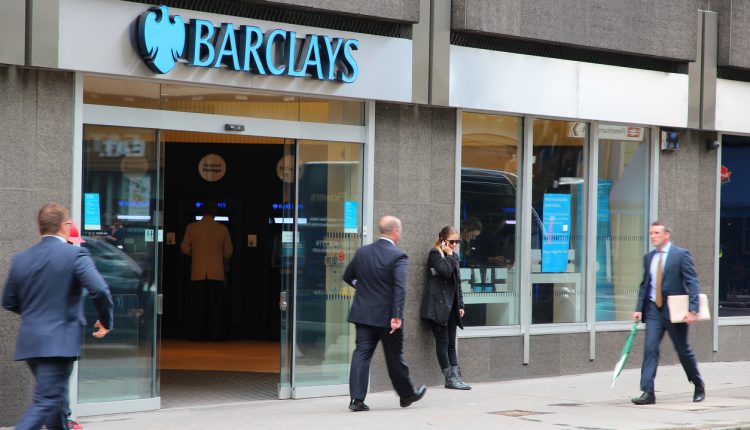 It’s fair to say that the financial services sector has struggled to secure positive consumer sentiment for itself recently – particularly in relation to cybersecurity. At the end of October, the government’s Treasury Select Committee (TSC) went so far as to say that the number of IT failures at banks and other financial services firms has reached a level it deems “unacceptable”.

The criticism, which highlighted poor IT performance within financial firms and a lack of decisive action from their regulators, comes in the wake of a string of high-profile and costly cyber glitches in recent years. Most notable among those is TSB’s unsuccessful attempt to migrate its systems over to new parent company Banco Sabadell.

Customer details were left easily accessible and vulnerable to fraud attacks, as well as resulting in thousands being unable to access their accounts. But TSB are not the only culprits: Barclays, RBS and VISA are among a raft of other major financial service providers to have suffered serious technical glitches in the past few years.

Why then, with so much at stake, are financial firms lagging behind when it comes to their cyber strategy?

The first aspect that makes large firms so susceptible to attacks is that their IT systems are often complex and, significantly, outdated. Hackers can easily find weak spots in the system or, as in TSB’s case, vital information can slip through the cracks.

The first aspect that makes large firms so susceptible to attacks is that their IT systems are often complex and, significantly, outdated. Hackers can easily find weak spots in the system or, as in TSB’s case, vital information can slip through the cracks.

Our inaugural Penetration Risk Report, which took place around the time of TSB’s issues, found that the largest firms are less likely to be prepared to face up to cybercrime than their mid-sized equivalents – despite greater budgets and resources – due to their cumbersome and slow-moving infrastructure.

More recently, we’ve seen those larger businesses close the gap, mostly through the support of in-built cloud security services, but the risks still remain for many. In the financial services sector specifically, this year’s study indicated that the level of external threat has actually increased.

The rush to implement services under a new ‘Digital’ initiative sometimes comes at the cost of addressing the underlying legacy issues too. Whilst the big banks rush to keep up with the online-only challenger banks they re-allocate budget for the new apps and forget the underlying infrastructure they depend on.

One of the key risks boosting that threat is a habit within large corporate cultures for IT teams or risk managers consistently ‘downgrading’ risks due to lack of understanding or complacency when reporting to those further up the pecking order. This is dangerous and can lead senior figures to the conclusion that everything is ‘ok’ within their organisation when, in reality, an IT crisis is just around the corner. This is particularly true when organised crime groups are targeting financial services with highly sophisticated attacks that are often discounted by management with a throw away ‘nobody would do that’ comment.

Companies should attempt to foster a ‘safe’ environment where staff feel comfortable raising problems they encounter so that solutions can be found before disaster strikes. They should also to remain current with intelligence from their incident response and forensic partners who will see the sophisticated threats when they do cause a breach.

An enhanced understanding of the issues facing the business is less likely to leave senior spokespeople up a creek without a paddle when facing the media. No one would expect a CEO to know all the ins-and-outs of their IT infrastructure, but basic comprehension can go a long way. Knowledge is power.

Weak links in the chain

Due to the nature of the industry and the services they provide, banks and large financial firms are required to interact with third parties on a massive scale. Unfortunately, this isn’t without its drawbacks.

Many third parties – and, by extension, their own supply chain – lack the sophistication and / or the wherewithal to deal with cyberattacks. As such, they are often the first port-of-call for a hacker looking to worm their way into a major system.

An example includes the British Airways data breach in the summer of 2018, when hackers were able to take information directly from the airline’s website thanks to access from a third party.

Often, being subject to this form of intrusion is pure bad luck rather than bad planning. However, large firms must ensure that they’re sufficiently protected and that access for third parties is limited. It’s a simple case of making sure that your back’s covered wherever possible.

Perhaps the most common error (and the most tangibly addressable) is the human risk inherent within any business. Naturally, the larger your workforce, the greater the risk you face, which is a major issue within the financial services sector.

Phishing, a scam that prompts staff to provide their username and password, is still one of the simplest but most successful ways potential attackers get their foot in the door.

The key to combatting the danger is providing constant training to employees so that they’re fully aware of the threat and the responsibility that they have towards protecting the business.

What’s more, the high-profile cases mentioned above are dangers in themselves: when the glitch or failure makes the news, a sign post is placed for hackers looking to break in. Each headline is an ‘x-marks-the-spot’ for a company’s weak spot, as well as their competitors’.

It’s a brutal world that financial services businesses face as technology advances but, with such large amounts of money at stake, they must be up to the challenge.