What Have Trump’s Trade Policies Achieved?

As a presidential candidate, four years ago, Donald Trump saw trade as a big issue he was eager to resolve. Katina Hristova evaluates how his campaign rhetoric has turned into policy and the key things he’s achieved on trade so far. 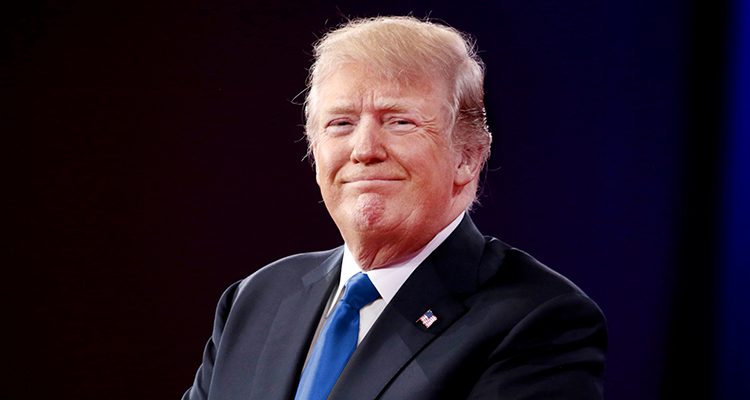 With its strong influence on the multilateral trading system, the US is undoubtedly amongst the most powerful countries in the world when it comes to trade. Over the course of his presidency, Trump’s “America First” policy, however, has increasingly been undermining international trade laws. Over the past few years, the US president has been fighting numerous battles with some of America’s trading partners, using tariffs for leverage in negotiations. And although it may look like he’s done a lot, has this led to any progress? Let’s take a look at the main measures that Mr Trump has taken to protect American trade over the past four years.

The US vs. China trade war

The trade war with China which President Trump announced in 2018 is the most prominent trade conflict we’ve witnessed in recent years. The US President has been accusing China of unfair trading practices and intellectual property theft for years, whilst China has long believed that the US is attempting to curb its rise as an economic powerhouse.

The dispute has seen the two countries impose tariffs on hundreds of billions of dollars worth of one another’s goods and although they recently signed a preliminary deal[1], some of the most complex issues remain unresolved and most of the tariffs are still in place. The US will maintain levies of up to 25% of approximately $360bn worth of Chinese products, whilst China is anticipated to keep tariffs on over $100bn of US goods.

Back in 2018, the US, Canada and Mexico signed a successor to The North American Free Trade Agreement (Nafta) which was renamed as the United States-Mexico-Canada Agreement or USMCA. The agreement governs over $1.1 trillion worth of trade between the three North American countries.

Renegotiating Nafta was one of Trump’s key goals for his presidency. “The terrible NAFTA will soon be gone. The USMCA will be fantastic for all!”, he tweeted shortly after signing the new deal with America’s neighbouring countries.

However, despite the name change and the claims that the updated agreement would “change the trade landscape forever”, a lot of the terms have remained the same[2]. Stronger labour provisions and tougher rules on the sourcing of auto parts were some of the most notable changes, however, analysts believe that their significance remains to be seen.

What’s more, a number of the other updates were discussed during negotiations which took place before Trump took office.

There hasn’t been a trade deal agreed with the Europan Union as of yet. In 2018, after the US introduced tariffs of 25% on steel and 10% on aluminium imported into the country, the two sides went through a round of tit-for-tat tariffs with the EU announcing retaliatory tariffs on US goods such as bourbon whiskey, motorcycles and orange juice. A few months later, in October, the US imposed a new round of tariffs[3] on $7.5bn of EU goods, including French wine, Italian cheese and Scotch whisky. The US also imposed a 10% levy on EU-made airplanes which could hurt US airlines that have ordered billions of dollars of Airbus aircraft.

President Donald Trump has also repeatedly threatened to impose additional tariffs on European cars and although that hasn’t materialised yet, he has confirmed that he’s serious about it when he recently mentioned his plans again[4] during the World Economic Forum in Davos.

One of Trump’s first moves as President of the US was to withdraw the country from the Trans-Pacific Partnership (TPP) – a proposed trade agreement between 12 countries, which eventually went ahead without America. Since then, Mr Trump has claimed two bilateral agreements with South Korea[5] and Japan[6]. However, the changes were so limited that Congressional researchers concluded that they barely qualified as trade deals.

With Japan, the US agreed on either levy cuts or full elimination on $7bn worth of agricultural goods, which is what it would have received under the Trans-Pacific Partnership too.

The most notable win that came from the agreement with South Korea is the extension of the 25% US tariffs against South Korean light-duty trucks to 2041. Previously, it was scheduled to expire in 2021.

Tariffs on steel and aluminium from Brazil and Argentina

In December last year, Mr Trump surprisingly announced on Twitter that he’s ‘restoring’ tariffs on steel and aluminium imports from Brazil and Argentina.

The two South American nations have been exempted from higher duty on both metals, but according to President Trump, both countries had been devaluating their currencies which he believes is ‘not good’ for American farmers.

There hasn’t been much progress since the initial announcement, but Brazil’s President Jair Bolsonaro said he had been assured by Trump that the tariffs won’t materialise.