As Cloud Adoption Drives Disruptive Newcomers, What Can the Old Financial Stalwarts Do to Compete?

With tech-driven newcomers playing an ever greater role in the financial sector, the old giants are starting to lose ground. At this point, is there anything they can do to catch up? 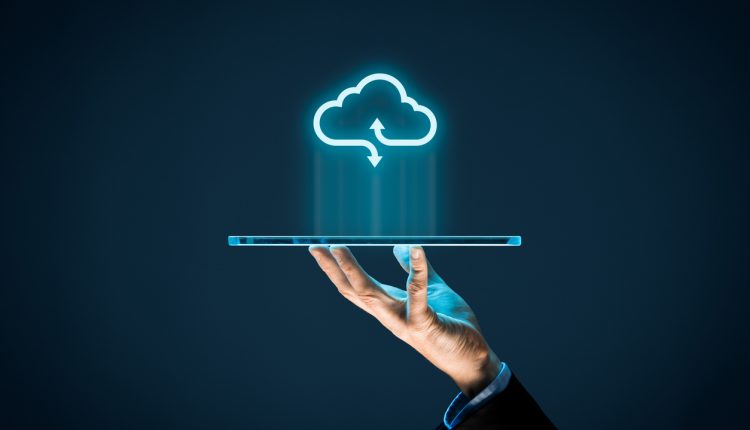 Below, Danny Phillips, Zscaler’s Senior Manager of Systems Engineers, discusses the importance of cloud technology and its implications for older entities in finance.

In the financial sector, bigger has always meant better. In fact, if a financial institution is suitably large, it is deemed so vital that, as the popular terms suggests, it is “too big to fail”. This situation has provided two key benefits for large players in the financial sector: the potential cushioning from government when things go wrong, and a tacit understanding that they’re essentially untouchable when smaller competitors enter the marketplace.

This all held true for some time, and newcomers in the space have generally carved themselves a niche, remained relatively small, and never really threatened the incumbents. As such, it can be argued that complacency has permeated the halls and boardrooms of some of the biggest players in the finance sector.

There are, however, signs of change across the sector. Whilst the financial institutions of old aren’t likely to shutter their doors anytime soon, recent technological innovation is shifting the balance of power considerably. It’s not the only technology playing its part in this equation, but cloud IT is the driving force behind disruptive industry newcomers, providing the agility they need to launch products and services faster, push forward better customer experiences and target new markets more precisely.

Lowering the Barriers to the Finance Sector

There have always been barriers to entry to the financial services sector. Chief amongst them has been the tight regulatory landscape, which ensures that smaller players can’t operate without first having the required licences (PSD2, PCI etc.). Although regulation is a necessity, a potential drawback is that it’s yet another barrier for smaller outfits to traverse.

There are efforts, however, to clear a path for smaller businesses. The success of Open Banking has allowed third parties to develop services around financial institutions, with plans to extend this beyond the retail banking sector and encompass products in the general insurance, cash savings and mortgage markets, under a new model called ‘open finance’.

This has opened the door to smaller fintech companies to create a host of consumer-focused products, including money saving and credit-building apps. This has been significant because, when considered in conjunction with cloud, it’s arguably putting larger financial institutions, particularly banks, at a competitive disadvantage.

Cloud is enabling new businesses to be set up without the burden of the physical infrastructure so intertwined with the older, larger industry players. For new entrants, any part of the business can be picked off the shelf. Salesforce for your CRM system or Workday for your HR, all paid for monthly or quarterly. Computing functionality can be purchased as-a-service and can even be paid for in increments as small as a CPU cycle. All that’s needed to enter a market is a great idea, a laptop, an internet connection and a credit card.

Bringing the conversation back to banking in particular, we’re already seeing the benefits disruptive new players are reaping. The likes of Monzo, Revolut and Starling Bank, are releasing new features and functions nearly every month (often based on customer feedback), enriching the customer experience and generating positive word of mouth. They’re able to do so because of their lean and agile structures, unburdened by a reliance on physical hardware, paperwork or branches. Currently, high-street banks are struggling to compete at this level.

Imitation is the sincerest form of flattery, so why aren’t larger financial institutions just doing the same as these smaller competitors to ward off the competition before it gets too big? A 2019 research paper from 451 Research revealed that financial services companies are behind other business in deploying cloud as a central part of IT operations. Around 70 per cent said their cloud projects were only at the initial, or trial and testing, stage.

There are a number of reasons why this might be the case, namely legacy IT debt, unfinished upgrades and compliance. Obviously, like any business, financial institutions are under pressure to use what they have already paid for before moving on to the next generation of infrastructure. Established businesses have to plan migrations, with business as usual taking priority.

In my experience, what we see instead is a one foot in, one foot out hybridised attempt at cloud adoption from larger financial institutions. Newer applications will be running in the cloud, but the majority will remain housed within the main datacentre. The end result is virtual machines running in the cloud with permanent connections between the corporate network and the cloud provider. So, when someone wants to access this application remotely, they have to dial back into the office on a VPN to get to the cloud instead of connecting to the cloud directly.

This dilutes the benefits of the cloud, and isn’t really a true step forward.

Thinking to the Future

If plans to open the financial services sector up to new businesses continue along this trajectory, we’re going to be seeing a far more varied industry landscape than we’re seeing today. If larger institutions are still playing catch-up on cloud, by the time they make it there the conversation will have moved on.

Financial services institutions therefore have a doubly difficult route ahead of them. As well as accepting the sunk costs of now outdated infrastructure and upgrading to a cloud-first mindset, they also have to keep an eye on the future. For my money, what they need to be thinking on is how to leverage 5G for competitive advantage, and how to do so in-step with their smaller competitors.

As the use of 5G becomes more widespread in the 2020s, local area networks (LANs) are set to disappear. We currently look to Wi-Fi to access the internet, but when every PC or mobile phone is equipped with ultrafast 5G, the use of Wi-Fi becomes an outdated notion. The traffic from 5G devices will connect the right people to the right applications—through a digital services exchange—and this will deliver faster, more secure, and more reliable access to apps and services.

The promised low latency, high data capacity and reliability of 5G networks has a host of applications in financial services, and creates a new platform for the delivery of services on mobile. For banking, reliable video conferencing sessions with mortgage brokers, or financial advisors, without having to travel to their nearest branch could be commonplace, rather than a seldom used novelty. Real-time data streams from customers, perhaps in conjunction with a machine learning platform, could aggregate a customer’s behavioural data in real time, enabling contextual financial recommendations.

If larger institutions are still playing catch-up on cloud, by the time they make it there the conversation will have moved on.

5G will not be solely a benefit to a bank’s customers though. Its impact will be felt so broadly that banks need also to think about how their own employees will utilise 5G. It’s highly likely that, as 5G becomes the norm, expectations for quick and hassle-free access to applications will climb. When applications are hosted in the cloud, fast internet access is more important than ever. If a user’s device has faster internet access than the corporate network, those users are likely to continue using their superior mobile access, as opposed accessing the internet via the corporate network. It’s a matter of human nature to take the path of least resistance.

However, security may not be top of mind for these users as they access work applications while away from the corporate headquarters. Protecting an on-premises network infrastructure will become less relevant and financial organisations will have to adapt to secure the “edge” once more: in this case, the individual user on their mobile device. Banks and other financial institutions will have to be able to respond to the effects of evolving user behaviour introduced by 5G.

In many ways, financial institutions are facing an uphill struggle to make back the ground they’ve already lost by dragging their feet on cloud adoption, both in terms of fulfilling the needs and expectations of their customers as well as their staff.

Ultimately, for end consumers, these newer, faster and more convenient financial services are inevitably coming our way. Whether they’re brought to us by one of the big four, by a challenger like Monzo or Starling, or even by Google or Apple, is still to be decided.