Corporate Investigations & How Much is Absence Costing Your Company?

In the busy world of banking and financial services, many instances could require a corporate investigation. However, due to a general lack of knowledge of the services that private detectives offer, many companies fall victim to fraud, theft and general employee misconduct without being able to prove or even know where to begin when investigating such activities. To hear about corporate investigations, Finance Monthly reached out to Simon Henson, the Managing Director and Founder of Titan Investigations Ltd. Founded in 2014, the company currently has eight offices across the UK, with a ninth one in the pipeline. 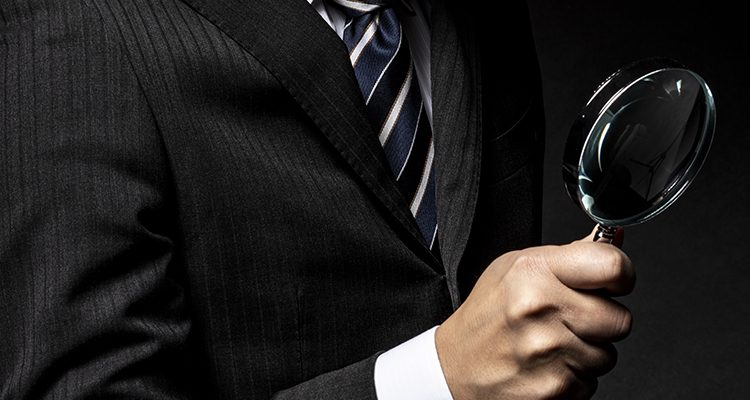 What are the most common cases you work on when it comes to corporate investigations?

Corporate investigations are very diverse and we provide bespoke investigation plans to suit the objective and budgets of our clients. Our most common services are:

More commonly known as bug sweeps. A large proportion of companies conduct regular bug sweeps to ensure that there are no eavesdrop or video cameras covertly installed within their business premises.

Certain businesses have an absenteeism culture which in some cases when investigated if the suspicion isn’t already prevalent, are proved to be fraudulent.

This has proved useful when businesses suspect that employees (such as sales personnel) are not meeting their requirements in relation to visiting customers or have inflated mileage expenses, etc.

This is a powerful tool and we have successfully proven that company directors have been inappropriately involved with competitors, as well as intellectual property theft, breaches of contract, moonlighting and company thefts.

This has been deployed to identify culprits in large scale company thefts.

This is where we put a company’s current security protocols to the test and attempt to penetrate the building. We then suggest further procedures for implementation to keep your staff and assets safe. We have penetrated financial institutions, airports and businesses working in sensitive areas.

How do you approach these cases of penetration testing and TSCM (Bug Sweeps)?

Our penetration testing teams are regularly tasked with planning and physically penetrating sensitive corporate buildings nationwide, however, there’s a specific case I’d like to share, which perfectly illustrates the process. We were requested to orchestrate an attack on a bank. It almost felt wrong – as if we were planning a bank robbery or the Hatton Garden safe deposit burglary. We had to keep reminding ourselves that the bank had requested this and that we had lawful authority.

The first phase was the information gathering. This was mainly executed by conducting open-source research into the bank’s location, obtaining building interior layouts, clients, staff and any information that could be graded as potentially useful to the penetration.

The second phase was the vulnerability analysis stage. This consisted of many hours of static observations monitoring multiple exits, paying attention to the routine comings and goings, deliveries, periods of increased footfall, methods of entry, identification passes and monitoring the current security protocols in place. This was a difficult stage, not attracting third-party attention, sparking a security alert at the bank or worse, still attracting police attention. Due to the excellent fieldcraft of our expert penetration testers, none of the above was experienced.

This is the planning phase which takes into account all of the information gathered in phases 1 and 2. We settled on two methods of penetration. One was an overt method and the second was a covert method.

Nearly a quarter (23%) of UK firms report ‘non-genuine absence’ as their top cause of short term absence for a non-manual worker and 30% in the case of manual workers.

We decided on courier delivery. Several names of current employees were identified in phase 1 and we had confirmed that one, in particular, was still working at the bank. We entered the bank via a trade entrance and began to relay our cover story to security personnel. Worryingly, we weren’t requested to provide any identification to support the fact that we were a bonified courier or indeed who we said we were. We were signed in, in a false name and given a security fob to access the building unaccompanied. Our courier was able to access the desired floor of the bank where there was a reception with a member of staff behind it. We were unable to gain any further access without being observed so the courier withdrew after delivering the parcel.

The covert method was for the penetration tester to get comfortable in the lobby of the bank close to the security barriers during the busy morning rush of staff entering the building. The penetration tester then selected a victim and brazenly timed his run, following an employee through the security barriers into the lift and through the security-controlled doors to the office. It was a success and we were in! The penetration tester walked around the entire open-plan office with purpose, completely unchallenged. Some employees even acknowledged him with a ‘morning’. He then continued to view unattended open computer monitors, whiteboards with sensitive information displayed and other areas of sensitivity before exiting as he entered.

One of the recommendations within our final report was for a TSCM (bug sweep) to be conducted leading to a number of devices being identified.

How common are these cases in the UK?

The use of penetration testing and TSCM is commonplace within the workplace, particularly those businesses that work within sensitive industries or who have a high staff turnover/temporary staff. We deploy expert teams all over the country daily, conducting these services.

What are the costs to UK businesses in relation to absenteeism and how do you investigate it?

Titan Investigations works closely with HR departments nationwide to evidence instances of non-genuine absenteeism within the workplace. Whether that is an employee who has suffered a genuine or non-genuine injury, and the effects are believed to be exaggerated in order to justify the extended absence; or perhaps an employee who is on sick leave and is believed to be working elsewhere. We’ve seen it all/ 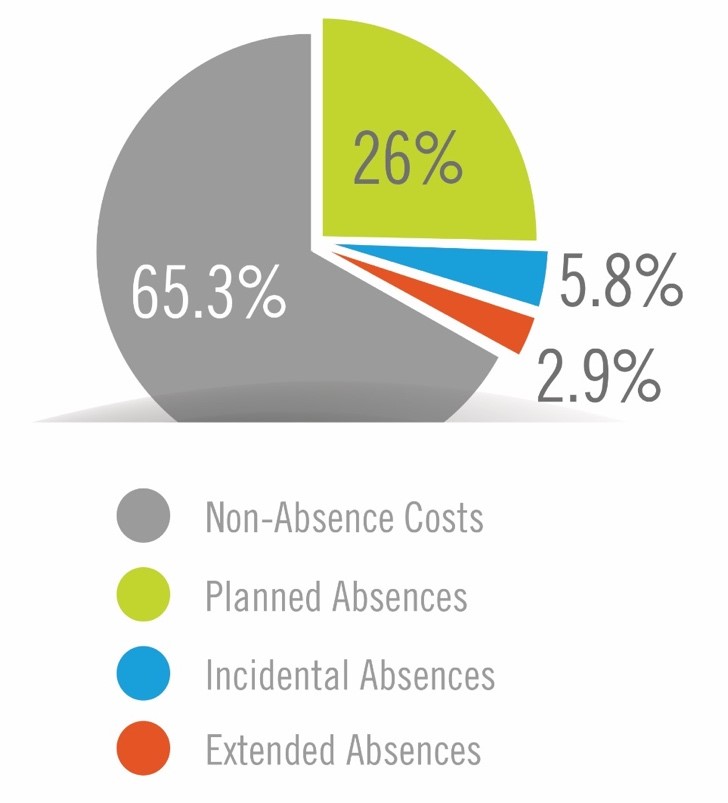 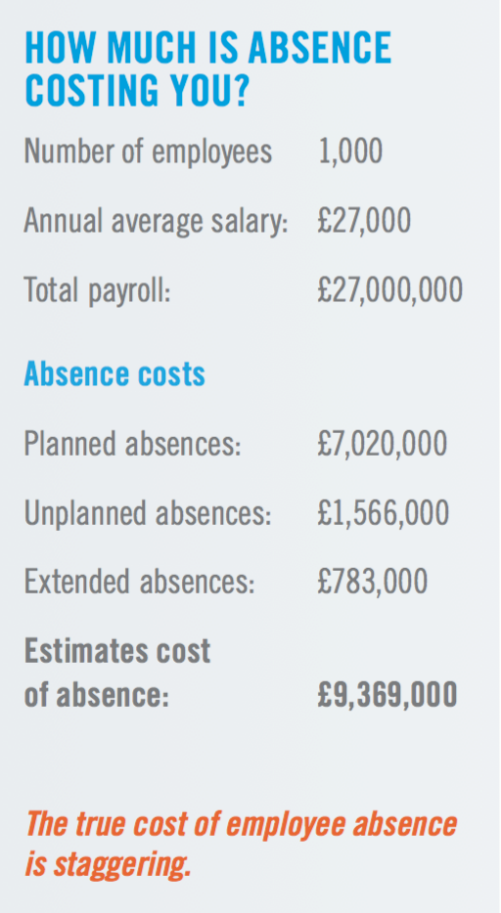 Most organisations assume that paying holiday and sick time is simply one of the costs of doing business. But even routine employee absences carry hidden costs. Replacement workers and overtime charges raise costs, and heavier workloads for workers who are present can disrupt daily routines and increase employee stress.

One of the hidden costs of absence is the effect it has on other employees. The additional workload, the inconvenience of having to work extra shifts and the possibility that they might know that co-workers are not actually ill, are bound to have a negative effect on employees.

Managing different forms of absence and allowances, especially in organisations with workers’ councils is complex. Adding to the challenge are government and local leave laws like the European Working Time Directive. Under penalty of noncompliance, organisations must sort out the overlapping provisions of these regulations and internal policies. Failure to accurately track and enforce employee absence policies can result in costly regulatory violations and employee grievances.

How can Titan help?

Titan employs over 100 professional surveillance operatives, the majority of whom are former government investigators and covert operations specialists. Our staff are bound by Non-Disclosure Agreements, fully insured, Data Protection compliant and registered and regularly DBS checked. Our evidence gathering methods and procedures are lawful and will withstand the scrutiny of a criminal court if required. If you’re a government agency, such as a County or District Council, then RIPA and the Human Rights Acts will apply. Due to our staff’s extensive knowledge and previous operational use of this legislation, we’ll be able to guide you through this and ensure you’re compliant.

We deploy a minimum of 2 surveillance operatives to monitor and record the employee’s movements whilst on leave and provide a fully comprehensive report outlining our findings backed up with still images taken from the surveillance footage.

What should business leaders do if they feel that their company might be subject to a culture of absenteeism or wish to test their current security protocols?

Contact one of Titan Investigation’s dedicated Corporate Investigations team on one of the below numbers for a free consultation which will be treated in the utmost confidence. we can be contacted as below: