In an unprecedented time of economic stress, can banks step up to regain the public trust that was lost in 2008? 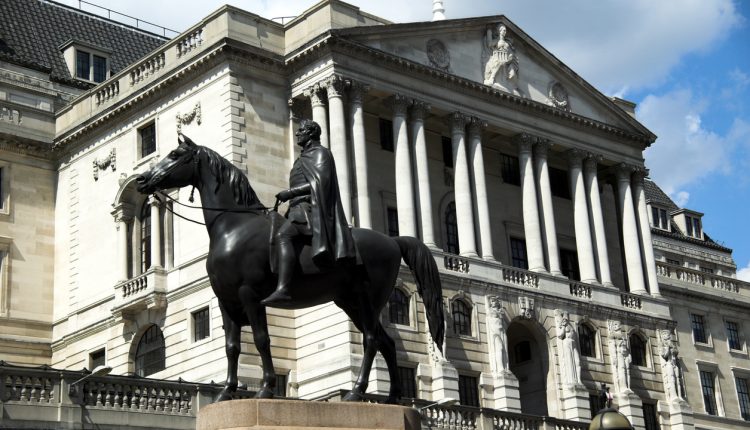 The global COVID-19 crisis has triggered the most disruptive period to British society in peacetime history. The impact on the public and our healthcare system has been devastating, and our economy is facing the prospect of a recession much deeper and more painful than the economic crash of 2008.

However, this must be seen differently to 2008; a time where a culture of risk-taking by banks and from within the financial services industry left consumers and businesses reeling as credit lines were pulled. Back then the ‘casino culture’, which was so widespread in the city, was seen as the root cause of the crash, triggering substantial unemployment and misery for millions.

Now, we are all in it together, with the coronavirus hitting start-ups, small traders, shopkeepers and global businesses without discrimination. Companies are already collapsing into administration, with millions of workers furloughed on 80% salaries, and having to be supported by government finance and emergency loans. Wayne Johnson, CEO of Encompass Corporation explains to Finance Monthly why now is the time for banks to prove themselves.

Let us be quite clear – businesses and the general public need banks more than ever in this challenging time. It is certainly true that many of the major providers have already stepped up and  emergency banking proposals have already been enacted to help businesses and individuals in these trying times. The Bank of England, for example, has already cut interest rates on their loans to 0.1%, and are working with HM Treasury to support large businesses by offering cash for their corporate debt. Elsewhere, many major consumer banks are offering mortgage, credit card and overdraft payment holidays for up to three months.

However, there is still a gulf of trust between businesses and banks, with many organisations still feeling that financial services firms do not always have their best interests at heart.

Today, the banks are in a much better position, with deeper capital buffers and better regulation. Thus, major financial service providers are in a unique position whereby they can potentially regain the trust of the British public with a strong stance, deep pockets, and generous investment in struggling businesses.

Let us be quite clear – businesses and the general public need banks more than ever in this challenging time.

Moving forward, banks should continue their dedication towards their customers and British business in general through swift action and financial support that proves ongoing, selfless commitment to the economy and its people.

This concerted effort requires adaptation from the financial services industry. The increased dependency on loans and support will inevitably have an overwhelming impact on the skeleton crew of bankers, who are themselves having to deal with the transition to remote working and unprecedented economic climate brought upon us by COVID-19.

Fortunately, there is an abundance of automation and regulatory technology (RegTech) at the banking sectors’ disposal. Recommendations from the Financial Action Task Force (FATF) and updated legislation from the Fifth Money Laundering Directive (5MLD), for example, has increasingly pushed banks towards using automation in recent years. While it is no secret that client onboarding and background checks are greatly improved with the assistance of the right RegTech, many financial services organisations can be somewhat hesitant when it comes to introducing new technology to their centuries old trade.

This has to change now. Automated customer onboarding is effective, efficient and empowers analysts at a time when human interaction is, in many cases,  no longer an option during this unprecedented time.

Furthermore, the efficiency of proven RegTech software can ensure financial institutions are in a position to comfortably manage, and even accelerate, payment processes – a particularly useful function for SMEs, organisations and individuals at a time when they need access to finances and payment processes more than ever.

Additionally, in today’s landscape, where consumers have come to expect instant services in all sectors of customer experience, automation is all the more crucial. Statistics from recent research that we published found that 38% of UK businesses have deliberately abandoned an application for banking services due to ‘slow due diligence processes’. Furthermore, nearly one third of businesses said they now trust challenger banking brands and fintech providers – known for their slick and fast digital onboarding – more than traditional banks.

COVID-19 has put consumers in an unprecedented position, as thousands are having to lean on traditional banks, modern fintechs and lenders. Thus, it’s a better time than ever to speed up and smooth out processes, if no less for the purpose of providing the best possible services for those who desperately require it.

Finally, there has been an increased trend in opportunistic cyber criminals looking to profit as a result of  the current climate and, more specifically, from the influx of remote workers – many of whom have not been trained with even the most basic fraud detection or cyber security measures. Such criminals have been known to exploit the goodwill of remote workers through fake charities and financial fraud schemes, before laundering stolen money through overworked and under resourced financial services.

With the right technology in place, financial institutions can reduce the strain on their employees and resources, and flag criminal or suspicious activity at a rate never before possible. This will help combat the wave of online financial crime facing workers and businesses in lockdown, and ensure that accountants and banking services are not unknowingly contributing to money laundering during the crisis, which is set to afflict the nation for the foreseeable future.