Marc Jones, Partner at Stewarts, explains how the current insolvency regime threatens the recovery of the UK economy. 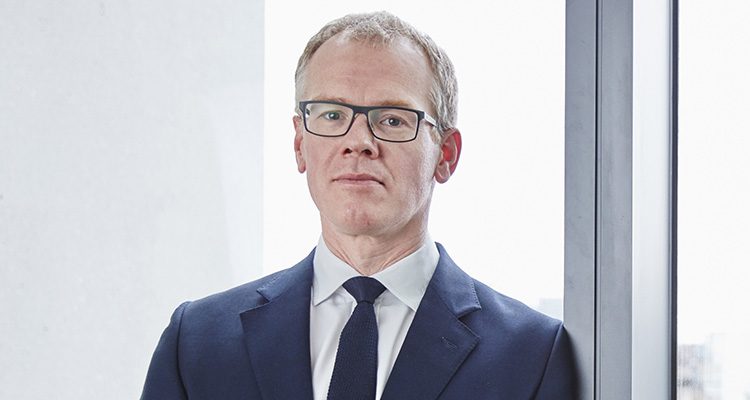 The return of the UK Prime Minister has given us hope for greater focus and direction in dealing with the inevitable economic fall-out of the pandemic. Based not least on personal experience, the PM is understandably cautious about easing lockdown and avoiding a potentially catastrophic second peak.

There is a consensus, however, that we are on the cusp of the biggest wave of cash-flow and trading insolvencies in living memory. We are already seeing a knee-jerk tightening of credit and the re-coronation of cash as king as businesses in every sector transition to “survival mode”, as commentators are putting it.

We have seen proactive steps taken by the UK Government to assist otherwise perfectly viable companies financially in the short term, which other than in their speed and administration have been applauded. However, it is already clear that these measures will not be enough to stop many thousands of businesses entering into some form of insolvency down the line. The big question is whether the existing corporate insolvency regime is in tune with the national policy of saving good businesses. The bad news – for corporates and consumers alike – is that it is not.

At the heart of the problem is the creditor-led nature of the current insolvency regime. It prioritises the rights of creditors to realise what remaining capital there is in the failed business and to deploy that capital elsewhere. If the creditors do not want to let the business continue for months or more, they simply do not have to. Each insolvency is treated in isolation and not as part of a national strategy where the government is taking steps to give businesses breathing space until the crisis is over, whether by paying employees 80% of their salary or delaying payment of VAT.

What is needed in this crisis is a paradigm shift – at least temporarily – away from a creditor-centric process, to a regime which has the short-term survival of business at its core; a form of trading insolvency to enable companies to weather the storm. As Mark Phillips QC, a doyenne of insolvency and the man behind the proposals for a ‘light touch administration procedure’ put it – “if we get this right, it is the difference between a recession and a depression”. The process has been adopted, with a considerable media fanfare, in the recent Debenhams’ administration. At its heart is a new(ish) consensus between officeholders and directors whereby where the administrators delegate responsibility to the directors and take a monitoring role and apply key safeguards where appropriate.

Lessons may be learned from how the Debenhams administration is dealt with by FRP and the extent of the protections built in to protect the officeholders.

One key reason why the process is needed is that there may be insufficient capacity in the insolvency profession to cope with the volume of likely applications for the new procedure. One thing that is becoming clear is that the new light-touch process is not going to be a panacea. It clearly won’t be appropriate for already failing and debt-saddled business. However, otherwise viable COVID-19 hit businesses aren’t the usual culprits in corporate failures and should not be penalised. As Boris Johnson has said, they have “done nothing wrong”.

Pending legislative changes that are likely increasingly to ape US-style “chapter 11” procedures (which are better structured to support trading insolvencies), this initiative will be popular, not least given the recent decision in the Carluccio’s administration confirming the UK Government’s furloughing scheme is available to entities in administration.

Another procedure attracting significant attention in the profession at the moment is the so-called “supply chain CVAs”. Given the symbiosis between entities within the same supply chain and the likelihood of only one (certainly not all) procuring better government support as well as likely having shared creditors, pre-emptive conjoining and/or coordinating between IPs and organisations seems highly sensible.

While in practice it can be common for administrators to involve directors in ongoing trading, there is a risk that in the present lockdown scenario, IPs may end up handing too much power back to directors. The ICAEW has already cautioned its insolvency practitioners against the widespread use of this process. While it is heralded as a saviour at the present time of lockdown, there is a significant potential risk to IPs from giving too much control back to directors. As Alison Broad of the ICAEW put it recently: “The motives of some directors may be well-founded, but it may be difficult for IPs at the present time to be able to make a reasoned judgement about the skills and motives of directors that they are approached by, particularly if the communication has largely been carried out remotely.”

There appears to be a consensus that the profession needs more and better options in its toolbox to deal with the pandemic’s economic fallout, and that a fundamental change in approach will be required to get us through this. As part of that process, IPs are likely to need better protection so that they can engage in the consensus/co-operative approaches with existing management that are being mooted. Lessons may be learned from how the Debenhams administration is dealt with by FRP and the extent of the protections built in to protect the officeholders. Arguably it is helpful that it was widely reported that the incumbent advisers KPMG declined to act on the light touch appointment due to the perceived risks. Potential protection will need to be industry and sector-specific, but some that have been mooted include appropriate financial controls and restrictions, such as barring directors’ access to the administrator’s post-appointment bank account; capping orders; pre-selection of business partners and suppliers; and payroll, expense and debt collection carve-out and independent control.

Either way, it seems inevitable that at some point insolvency practitioners will get caught in the crossfire. Creditors will disagree about the viability of businesses. Some would have failed anyway. Valuations will be called into question. IPs will have to decide whether to take action against debtor companies which, in a domino effect, could trigger knock-on insolvencies. If a new regime is introduced it will (like all legislative interventions) be riddled with uncertainties on which IPs will need expert legal advice.

In most cases, this time it has to be about consensus, not conflict. A creditor led (particularly, institutional led) narrative this time around simply won’t serve the nation’s interests.

The current debate also concerns what other jurisdictions are doing, what we can learn and adapt for UK plc. Spain and Germany have suspended the obligation to file for insolvency until 30 September. Australia has implemented a number of initiatives including a moratorium against personal liability for wrongful trading; an increase in the level of debt required for creditors to issue a statutory demand; and increased time limits to satisfy and respond to statutory demands.

These are all designed to stifle litigation in the short term, but in some respects, it could curtail mechanisms to procure cash and sustain businesses owed money.

In terms of the likely disputes to emerge from the pandemic, we have already seen the first waves of litigation concerning the ‘f words’: force majeure and frustration. We are now seeing policyholder disputes in the context of business interruption insurance, in particular where a number of big insurance players have already stated that COVID-19 is unlikely to comprise an insured event and so will not compensate companies. This has, in turn, led to the recent formations of Hiscox action groups. Given further restrictions on cash flows and liquidity, there will be (certainly in the short term) a depressing of values (based on discounted cash flow valuations). This will impact loan to value covenants and trigger other covenant defaults. This will also bleed into financial and derivative contracts where margin calls are already happening in significant quantities.

Whilst there may a brief lacuna in claims as businesses focus on survival, leading judges and commentators anticipate there is a deluge of litigation coming in the wake of the coronavirus pandemic. It remains to be seen if the current insolvency options fit for purpose and will be able to cope.