How a Blockchain Breakthrough Could Overturn the Subscription Economy

With a 'peak subscription' market glut approaching, companies will soon need to look for alternative monetisation methods. Blockchain is the key to creating these new markets. 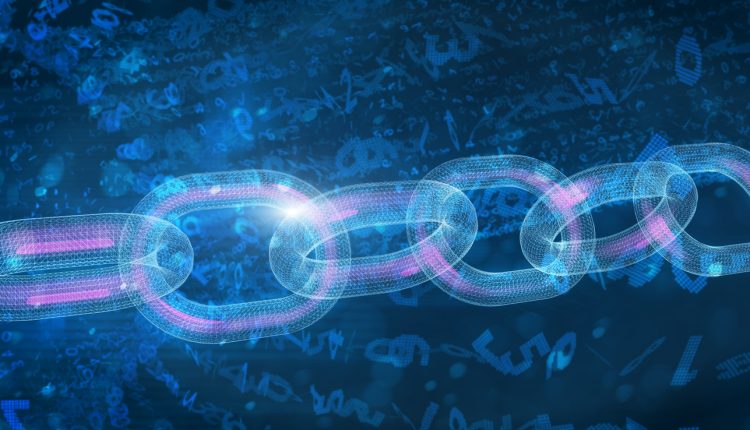 Subscription models now extend into everything from the automotive to the supermarket industry and include everything from pet food to virtual spin classes. Alongside online advertising, subscriptions are a business model that has exploded in popularity, because monthly digital payments provide more long-term recurring revenue streams than one-off sales and generate long-term online customer relationships. 10 million people signed up for Disney+ within 24 hours of its November debut, and Salesforce.com is valued at around $140 billion, giving some illustration of the commercial success of the subscription model.

However, the model is now in danger of becoming a victim of its own success, with industries heading hard and fast towards a ‘peak subscription’ cliff edge. There is simply a finite limit to the number of services people and businesses are willing and able to subscribe to. Customer recruitment and retention is extremely difficult because subscriptions can be an expensive, long-term commitment; half of subscribers to e-commerce services cancel within six months. At the same time predatory practices such as those in smartphone apps make consumers increasingly wary about “subscription traps.” Finally, the subscription economy is excluding billions of people who cannot afford expensive long-term contributions. For the newspaper industry, this means not only shrinking the potential market but denying all but the relatively privileged access to the independent information that is vital for democracy to operate. It also means denying industries the ability to offer ‘low-hanging fruit’ of smaller, cheaper transactions for more limited services and thus denying them access to a far bigger customer base. Professor Aggelos Kiayias, Chief Scientist at IOHK, suggests how new technology could provide an alternative model.

There is evidence that ‘micro-transactions’, where people have the option of paying tiny sums, as little as a fraction of a penny, for individual services such as songs or articles, can cumulatively offer a rich revenue stream. Free-to-play mobile games generated $88 billion through other services such as ‘micro-transactions’ in one year alone. Mini-transactions also form a potential ‘gateway’ to a bigger subscription market by offering initial ‘taster’ services to a wider audience.

A key barrier to this has been that slow transaction speeds and high transaction fees make ‘micro-transactions’ unviable as a lucrative revenue model across all industries. Even the fastest, VISA, can only process some 24,000 transactions a second. The blockchain space has also hitherto offered little in the way of a solution because of the so-called ‘scalability problem’ which seems intrinsic in the protocol design of systems like Bitcoin. This makes transactions slower and fees higher, the more users are added to the network.

Free-to-play mobile games generated $88 billion through other services such as ‘micro-transactions’ in one year alone.

A recently announced system based on a “proof-of-stake” blockchain discipline, dubbed Ouroboros Hydra, is set to challenge the subscription economy and enable a new payment model which has potential to revolutionise the financial services industry. The third-generation “layer-2” protocol will allow parallel processing of transactions to take place at the physical limits of the network without compromising security or relying on energy expensive “proof-of-work.” This could allow the blockchain to scale to process millions of minor to major transactions on cell phones, outpacing conventional payment systems used by current subscription services. Unlike conventional “layer-1” blockchains, its overall transaction processing throughput can get faster as the number of nodes in the network increases.

With revenue models based on digital advertising and subscriptions nearing a cliff-edge, such high-speed third-generation blockchains could allow new industries to emulate the mobile gaming industry’s ‘freemium’ model, allowing users to pay for extras to their basic service. Customers will be able to pay in cryptocurrency rather than fiat currency. A set of simulations conducted as part of the research announced, show the system demonstrates sufficient transaction speeds to minimise transaction fees, facilitating ‘micropayments’. This opens up the possibility of an alternative to the subscription economy.

A genuinely decentralised and scalable blockchain protocol could create an economy based on millions of ‘micro-transactions’. On an individual level, online newspaper readers could pay per article rather than paying a set amount per month, or gamers could buy virtual items within a game for fractions of a penny. Companies can also engage in more fine-grained business-to-business exchanges. This new protocol can therefore open up online services for people who may otherwise be unable to afford them, opening up a bigger mass market to industries, or systems for which so far it was uneconomical to do so. ‘Micro-transactions’ provide a way to ‘on-board’ people as longer-term customers as well as providing an alternative revenue stream to subscription.

The Impact of Digital Currencies on the UK Economy in 2020 There Aren’t Enough Women in Blockchain, Let’s Change That

Importantly, Ouroboros Hydra is not just a transaction processing system. It is capable of offering smart contracts as well which means it would be possible to encode and enforce various policies related to the ‘micro-transactions’ processed by the system. The result is a flexible design that can also accommodate any elements of the subscription model for those participants, users and businesses alike, who prefer it. Furthermore, taking advantage of suitably crafted smart contracts, novel business models can be developed hybridising between the two approaches and thus allowing innovative and highly tailored and personalised engagement between businesses and customers.

This is only the start. Decentralised and scalable blockchain protocols could enable millions in the developing world to enjoy access to previously inaccessible financial services, such as remotely paying for vital services like utilities and healthcare. In this way, we can pave the way towards a more inclusive, truly decentralised, people-centric banking system, which can form the future backbone of financial services.