Over the past two months, we’ve seen a dramatic rebound in almost every sector, despite the releases of gloomy economic data. One sector has outperformed the broader market significantly — the Mortgage REITs. 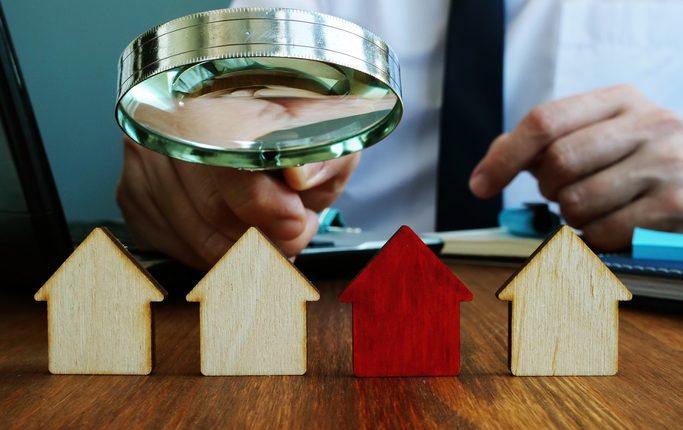 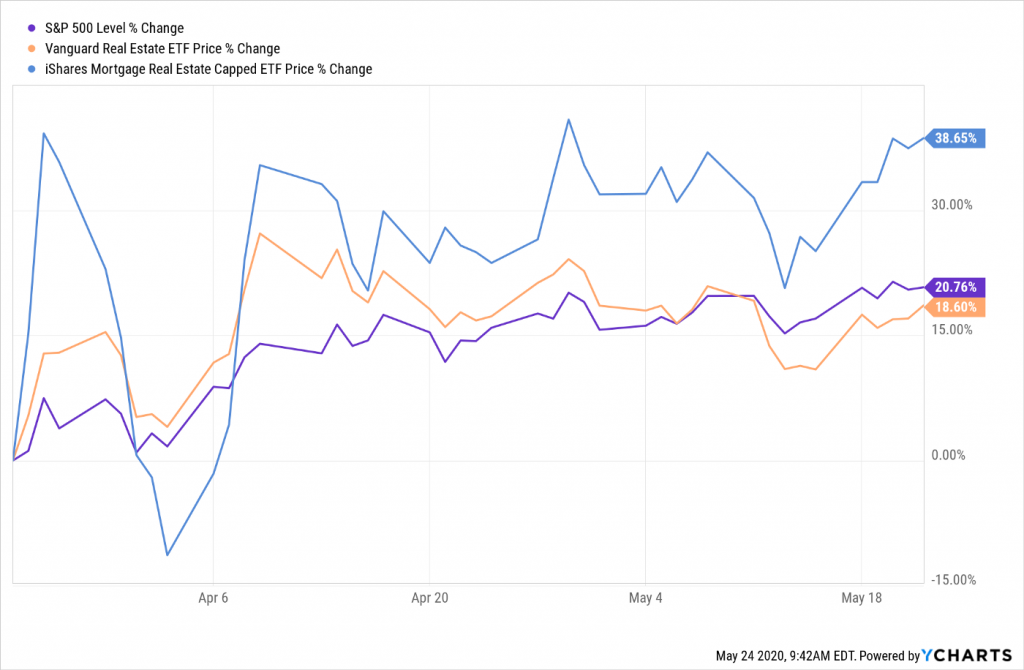 The companies that issue and service the bigger part of mortgages in the US have seen their shares rally a staggering 38% in the past eight weeks, even though people are out of work and are missing payments at a historic pace. With US unemployment spiking to a record of 14.7%, Black Knight reported that about 4.7 million mortgages are in forbearance, representing 8.8% of all home loans. That figure amounts to roughly $1 trillion in unpaid principal.

With all statistics in place, we have to admit that the current state of the market in this sector is definitely not pretty, and these companies still pose a huge risk. But why have they still shot up in value?

The answer to this is not necessarily based around the current situation but comes from the state of the market from two months ago. Put simply, a lot of companies crashed out of proportion, when compared with the market, and are now returning to the mean.

A very important factor that we must consider when valuing mortgage REITs is that almost all of their assets are carried at fair value, while a small portion of loans is carried at cost with a loss provision. Typically in a liquidity crisis, like the one we saw in March, the market value of a loan tends to be far below its carrying value. 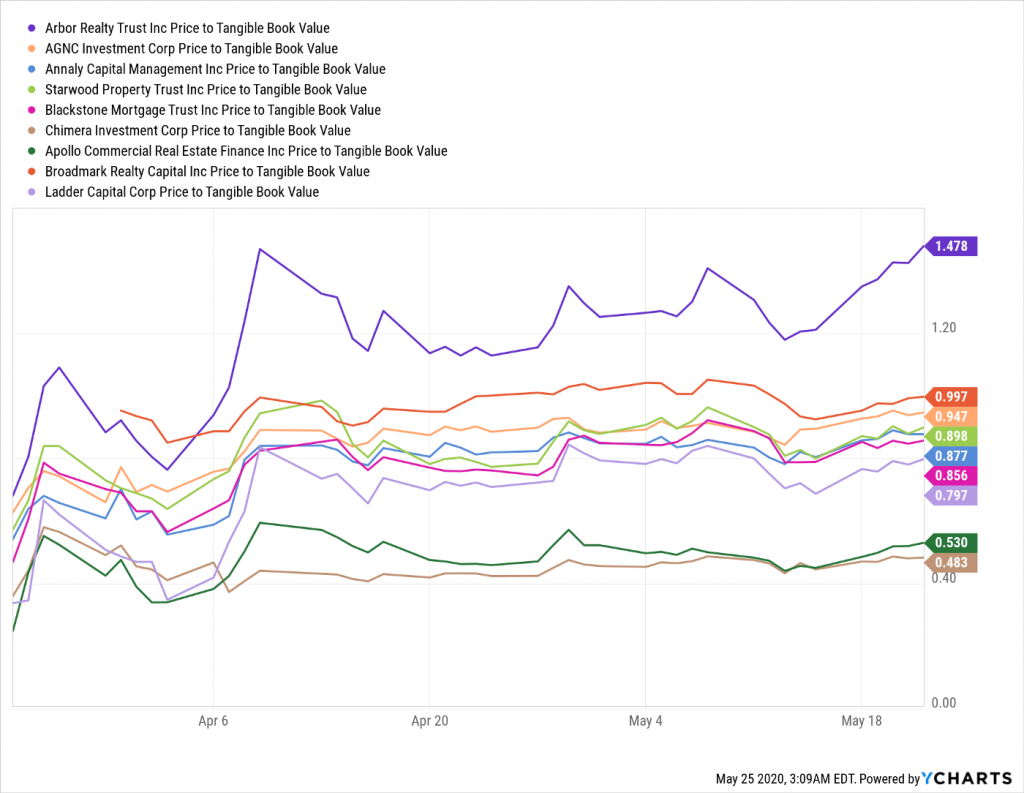 That’s why on 24th March, at the height of the market panic, the mean price to tangible book value ratio for the 12 biggest mortgage REITs was 0.48, representing a record 52% discount from the book value!

Undoubtedly, the selloff was a result of a liquidity concern, and since then we’ve seen a rebound in the price. On 22nd May, the mean price to tangible book value ratio was standing at 0.88 – a more respectable figure, but still a bargain, especially when considering the fact that historically these companies trade at a premium. 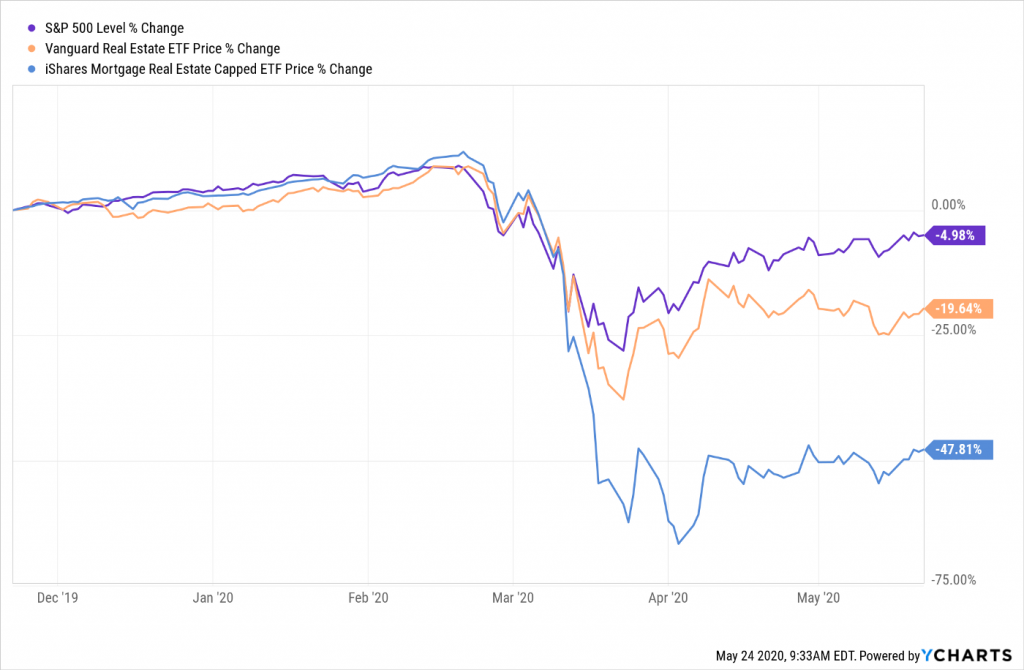 Looking at the past six months, we can see just how big the drop was in the mREIT space. On a positive note, that means that there’s still plenty of room for the upside.

Now let’s look at some of the risks involved in the current valuation of companies.

To start with the elephant in the room: What are the chances of a default in the sector? It varies depending on the company, but because most of the players in this space only issue agency loans, which are backed by the Federal Government, there’s no credit risk.

It’s not a secret that new business is struggling. The Federal Bank of Saint Louis recently reported that new home sales have dropped by 42%. The first problem that stems from this is the complete shock to the whole MBS market and securitisation system. That’s where the Federal Reserve comes in to help, with at least a $200 billion MBS purchase program. This has been a huge liquidity driver in the space and has helped to prevent a deeper crisis. Even still, the number of people applying for mortgages has dropped dramatically and this will, in turn, put pressure on the bottom line for servicers.

We can’t discuss MBS without mentioning prepayment risk. With mortgage rates falling below 3%, a lot more people are expected to be refinancing their mortgages and thus reducing the yield to maturity, right?

And here, I have some good news for you – it turns out that the PSA speed is not increasing as much as expected. As a result of the current economic situation, people are not really looking to refinance their mortgage, according to a press release published by Agency Investment Corp. If this trend of lower PSA speed continues, the fair value of loans will increase by a wide margin.

If everything seems alright, then why are these companies still trading at a discount?

One thing that’s keeping investors up at night is the risk of technical default, or more specifically, failing to uphold some of the negative covenants, particularly those for leverage ratios. The standard for the industry is a Debt to Equity of 9 to 11. Such high leverage may result in a credit downgrade even with the slightest reduction of cash flows. Here, investors ought to be most careful. There are significant differences in the leverage of separate companies and even more significant differences in the net cash position. Some companies entered the crisis well prepared and others — not as much. This is why we don’t recommend buying the whole sector through an ETF, but instead, carefully selecting companies that have a stable cash position and enough credit lines to weather the storm.

With all that being said, we think that the potential return in this sector far outweighs the risks. 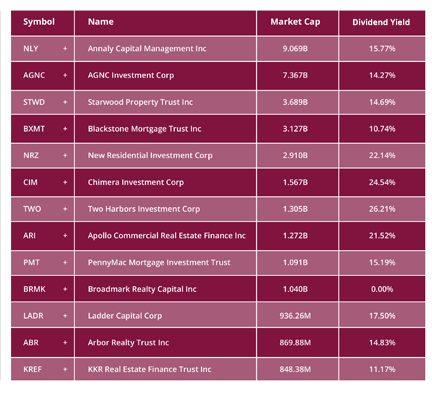 Dividend yields for the top 13 companies by Market capitalisation

Currently, the mean dividend yield in the biggest mREITs is 16.07%. That combined with the discount to tangible book value, and relatively low volatility is a recipe for superior risk-adjusted returns in the long term.