While lockdown measures are being loosened, the financial support schemes on offer to the private sector are being tightened. This was inevitable; there was only ever so much the Government could do to support businesses through this period. 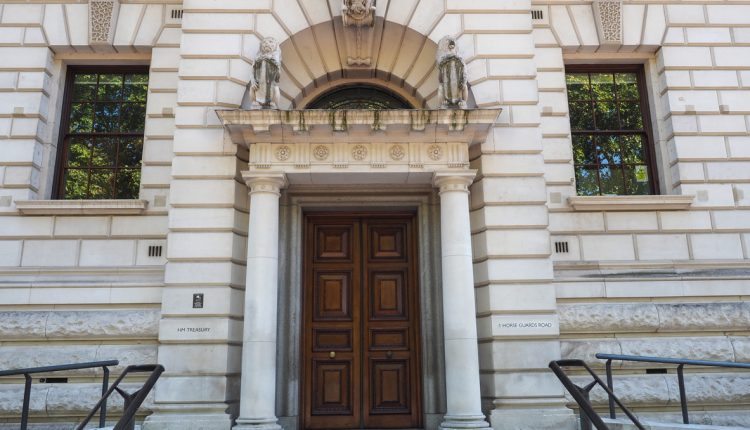 The tapering down of different initiatives will spark fresh concerns within many organisations, raising questions of whether they will be able to stand on their own two feet again.

The furlough scheme is at the heart of this subject. That is because it has been the most widely-used of all the financial support schemes available – around 8.4 million workers are having 80% of their salaries paid for by the Government at present (up to £2,500 a month). But at the end of May, the Chancellor Rishi Sunak confirmed that the furlough scheme is to end on 31 October 2020, and it will undergo some changes before then.

There are two key questions, then, that business leaders must address. Firstly, what do they need to know about the upcoming reforms to the furlough scheme? Secondly, what can they do if the curtailing of this initiative is likely to cause significant financial distress? Nic Redfern, Finance Director at KnowYourMoney.co.uk, offers his thoughts to Finance Monthly.

What are the changes to the furlough scheme?

Currently, it is estimated that the Government has spent £15 billion so far in covering the salaries of furloughed staff. By the end of the scheme, that figure is likely to reach £80 billion – that is £10 billion for each month the scheme was running.

While the Office for Budget Responsibility is set to publish more detailed costings in the coming days, what these approximated figures show us is that there are billions of pounds that is still yet to be paid for the initial four months of the furlough scheme.

This chimes with the findings of a recent study that KnowYourMoney.co.uk conducted among over 900 UK businesses. We found that as of April almost half (48%) of British companies had furloughed staff – this figure will likely be even higher now – but of those, 71% were still awaiting funds to be transferred to them from the Government.

Currently, it is estimated that the Government has spent £15 billion so far in covering the salaries of furloughed staff.

The Government must prioritise getting up to date with furlough payments to employers; businesses with many members of staff on furlough will not only be feeling the strain if they are not being reimbursed for their salaries, but they will also struggle to understand the real financial health of the business when some supports are yet to be issued.

Employers must do all they can to clearly track how much of their expenditure on salaries is likely to come back into the business. But they can only do so if they understand how the scheme is due to change in the months ahead.

Here are the key changes that were announced by the Chancellor on 29 May: from Wednesday 1 July, businesses using the Government’s furlough scheme will be able to bring furloughed employees back part-time; from August, employers will have to pay national insurance and pension contributions; and from September, while employees on furlough will continue to get 80% of their salary, the proportion that the state pays will be reduced each month (government will only pay 70% in September and 60% in October).

The part-time furlough option may interest some employers. Let’s take a simplified example: a member of staff who earns £2,000 per month and works 40 hours a week, but has been furloughed and their employer is not topping up their salary beyond the 80% offered by the Government. If said member of staff returns part-time and work 20 hours per week throughout July, they will now receive 50% of their monthly salary from their employer as normal (£1,000). Meanwhile, the remaining 50% will be paid via the furlough scheme (80% of it – so £800). That means they employee will now earn £1,800 per month, which is higher than the amount they would be paid if they were furloughed full-time (£1,600).

This solution could suit both employers and employees. Not only can it bolster the workforce and aid the transition back into work for some people who have been furloughed for many weeks, but financially it would ensure the part-time employees are better off. Plus, the business does not need to suddenly jump back to paying all of their salaries.

What are the alternatives?

For some businesses, though, they might not be in a position to bring furloughed staff back, even on a part-time basis. Yet they will need to do so once November arrives. So, what can they do to put themselves in a stronger financial position as they prepare to pay all of the employees’ full salaries again?

The important thing to remember is that there remain many options available for businesses requiring financial support.

The viability of these options will very much depend on each business’ circumstances. But importantly, if the tapering down – and eventual ending – of the furlough scheme is causing financial concerns within your organisation, remember that there are other forms of support in place.