The Digital Mint: Moving Towards a Cashless Society

As the COVID-19 pandemic accelerates our shift towards a cashless economy, it is important to ensure that the transition is seamless – and to be prepared for the new financial reality on the other end. 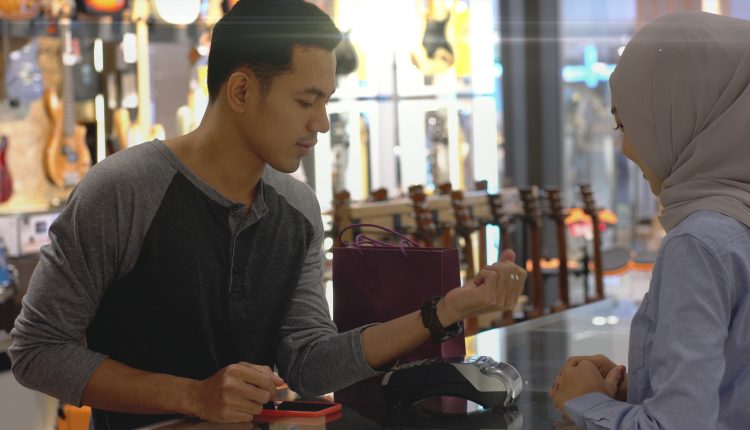 For the most part, the blockbuster film ‘Back to the Future’ was way off with its outlook on what society would look like in 2015; we don’t have flying cars or hoverboards. But Robert Zemeckis might have been onto something with his portrayal of ‘future’ payments. One of the common methods of payment in the film’s futuristic society was made by thumbprints, not a far cry from what many can already do with their smartphones. Ian Bradbury, CTO for Financial Services, Fujitsu UK, explores what the future of payment is being shaped in the real world.

Biometric payments are one part of a wider movement in society away from physical money. Credit and debit cards have been around since the middle of the twentieth century, but over the past decade, there has been a notable decline in the support for cash, with some retailers removing cash payments entirely. And that isn’t necessarily a bad thing.

While cash is important in maintaining the anonymity of payments, there is a lot to dislike about it. It’s easy to lose, steal and damage cash while also being expensive to produce, distribute and store. It is also a known carrier of infectious diseases, something that has been highlighted in the wake of the COVID-19 pandemic. But it is also clear that we cannot move to a cashless society until more is done to ensure the estimated 2.2 million Britons who rely on cash are not left behind.

There are ways that banks can help society transition seamlessly from physical cash to digital cash. Consumers will always adapt to changes in which we store value to trade, so we need to make sure we do it right.

Biometric payments are one part of a wider movement in society away from physical money.

Many banks are in a delicate position where most consumers now use some form of paperless payment – but not all. Meanwhile, over a third (36%) of consumers in the UK want their bank to be more innovative in their use of technology, showing an appetite amongst the public for more modern services.

But security remains a crucial aspect when considering a cashless society. One reason for cynicism is that going cashless would eliminate the anonymity of physical payments; the free and willing private transfer of value from one individual to another is considered by many to be a basic human right.

And over a quarter (26%) of consumers do not trust traditional banks to keep their data safe – a figure that rises up to a third with challenger banks. Therefore, there is no guarantee that digital-only payments would be universally accepted as there is not a unanimous trust in technology. That is arguably one of the biggest challenges we face in moving to a fully cashless society.

Time to Ditch the Paper

The western world has a historical love affair with plastic cards; they have been around for decades and we are used to them being the main form of cashless payment. But not every citizen is able to apply for a bank card. For example, one of the basic requirements for a bank account is a home address. However, for the homeless population of the UK, that is not possible. Therefore, if not considered, a cashless society could worsen the inequalities that some face.

There are ways to get around this. Some initiatives are being developed so you don’t need a bank account to receive and use digital cash. For example, you can receive a Mastercard prepaid card which you can use anywhere that accepts payments from the company. This eliminates the need for identity checks or registration and is inclusive to those who do not qualify for a bank account. Further investment in those initiatives will be key.

Offline digital wallets can also store, manage and transfer digital currency while not connected to the internet – which is critical in replacing the ‘off-grid’ functionality of physical cash. Smartphones are often used as offline digital wallets and developing that technology would limit the need for further investment in infrastructure.

It’s also not implausible that ‘smartcards’ – bank cards that use biometric authentication – will become the norm in years to come. They can be designed with a low-cost e-ink display, which requires no power, that can show how much balance the user has. Not only would they enhance security in digital payments, but it would also eliminate the need to register for a bank account.

There are clear challenges in moving to a cashless society. It requires certain investments so that no one loses out. At the same time, it must provide the anonymity that many consider being a basic right.

Yet if you consider measures such as offline digital wallets and smartcards, many of those challenges can be met. The technology needed to go cashless is already available – it now needs to be seamlessly integrated into everyday life.