The European Real Estate Industry in a Post-COVID-19 Environment

The past few months have been really difficult for the EU27, and with current fears around new cases, the European economic forecast of 7.4% contraction seems like a benign case. 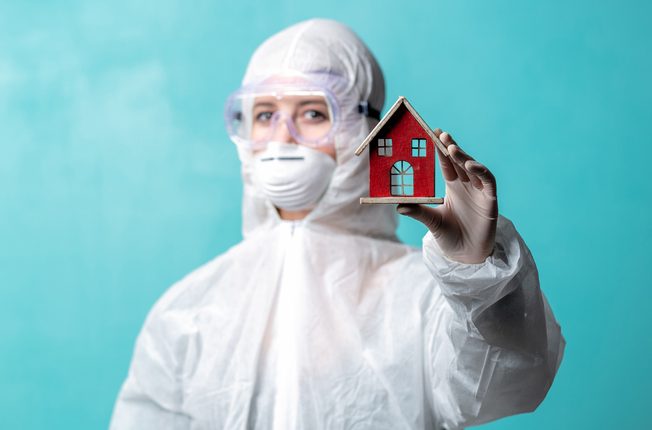 The question is: How hard exactly will this recession be felt in the real estate market?

We are seeing that the investor response in all market segments is increasingly different and that the current crisis has exacerbated the following existing trends. 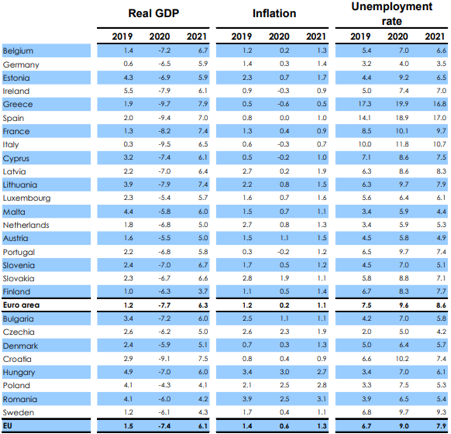 Strong office market, weakness in retail, and resilience in the industrial and logistics sector

During the first quarter of 2020, we observed a solid performance in the office sector with 3.6% rental growth YoY. We don’t expect the growth to continue during Q2 and Q3, because this sector, in particular, is highly cyclical and the insolvencies and reduced demand caused by the recession will surely put downward pressure on rent. However, considering the long-term nature of commercial leases, this part of the market is expected to remain relatively stable. Our projection is for no rental growth in the next 2 quarters.

Investment deals were down 75% in March and the number of cancelled deals is also on the rise. Nearly 3.5% of the commercial deals have been scrapped since March, compared to a 1% average over the past five years. The dampened demand for investment will draw down prices, but on the other hand, that increases the prospect of higher yields in the future. The mean yield for prime office space in Europe was 4.2% in the first quarter of 2020. If we see downward pressure on prices in the next few months, a rise in yield will be sure to follow.

The sentiment in the retail market is a lot different

Following all the structural changes in this market in the past few years, coming primarily from the rise in online sales, the outlook has turned from bad to worse. The timing of the recession could not be any worse for this sector – after two difficult quarters with 0.1%, and 0.3% decline in rents, we are expecting the decline in rent to steepen and the fundamentals to deteriorate quickly. One of the biggest issues here is rent collection. Recently, the British REIT Intu Properties shared a press release stating that they expect to collect only 63% of the rent due in 2020. That shock has also led them to discuss some of the negative bond covenants with their investors. Another prominent player in the UK market, Hammerson plc, expects to receive only 57% of all rents for this year.

In the retail space, we can currently observe the biggest gap between “good” and “bad” properties. Most recent analysis shows that the properties that are able to collect the biggest percentage of rents are the top percent of prime high-street properties. There’s also a huge divergence between the very large shopping malls and small to medium-sized shopping centres. Smaller properties are expected to suffer the bigger part of store closures. This is why when looking at European retail REITs, the most important part will be to analyse the individual tenants and assess the default probabilities.

The Convenience/essentials space has been left relatively unscathed

Companies like France’s Carmila SA and Italy’s IGD SIIQ S.p.A which focus mostly on grocery shops and pharmacies have performed relatively well during lockdown and are expected to outperform in the near term.

Benelux and the Nordics are the hardest-hit regions where rental income fell more than 5% year-over-year. Considering that those are some of the regions that suffered the most during the pandemic, we expect to see continued downward momentum in these markets. Germany and France seemed more robust before the crisis, with rental incomes falling a modest 0.1% during the first quarter and yields mostly stable.

The one region that looks hopeful for the upside is Central and Eastern Europe. The retail market in the region has been hot in the past few quarters, and rental income grew 4% during the first quarter of 2020. Considering that most of the countries there weren’t affected as hard during the pandemic, and measures were lifted earlier in Romania, Poland, Bulgaria and the Czech Republic, we see the possibility for quick market recovery and even a positive year-over-year growth in both rental income and rental yields.

In the first quarter, we observed a Europe-wide growth in rental income of 2.5% while yields were mostly flat. The logistics sector has seen a boost, widely due to an uptake in e-commerce during the quarantine period. UK’s Tritax Big Box Reit Plc and Belgian Warehouses de Pauw have performed exceptionally well and quickly returned to pre-crisis price levels. It’s highly likely that the fundamentals for this sub-sector will continue to improve and we may see a year-over-year increase in yields for the entire 2020.

Overall the market environment remains highly uncertain. We continue to monitor the most recent developments and in the near term, press releases for Q2 results will be the biggest driver of price volatility in the EU REIT space. Office space and logistics property providers seem to be holding up quite well, and we don’t expect huge movements in this space. Companies managing primarily retail portfolios have been hit particularly hard, and prices fell broadly in the past few months, irrelevant to individual performance and fundamentals. That’s why there is plenty of opportunities to be found. As mentioned above, retail operators focused on essential shops and prime high-street real estate are great prospects for superior risk-adjusted returns. And while Western Europe will face a lot of stress in the next few quarters, perhaps now is the right time to look east!