Do I Need an Asset-Recovery Lawyer?

Finance Monthly had the privilege to hear from father and daughter Robert J. Poulson and Jill Ann Poulson – partners in Poulson Law Offices. Robert, who’s spent most of his career as a commercial litigator specialising in the financial services sector, has represented some of the largest financial institutions in the world. Much of his work was done for liquidations and he has represented many bankruptcy trustees, debtors-in-possession, SIPC trustees and voluntary liquidations. Jill Ann is a transactional lawyer with heavy experience in mergers and acquisitions for major domestic and international corporations. She has recently expanded her work into asset recovery since mergers, acquisitions and other business restructuring often results in financial assets being lost or unintentionally abandoned. 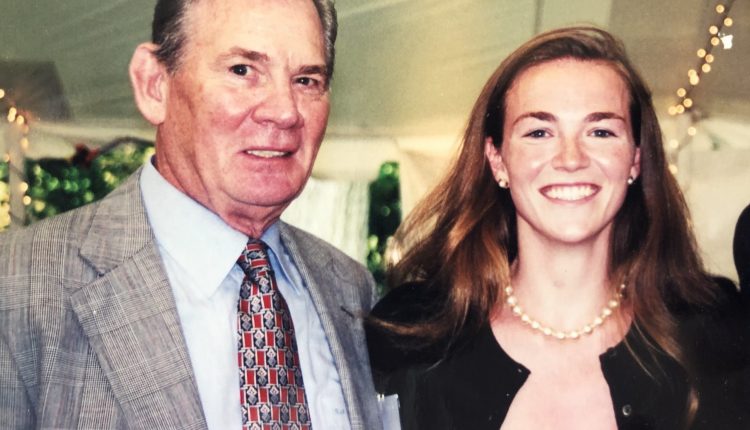 What’s your advice to companies in regard to recovering abandoned and unclaimed assets?

Robert: ‘Cash is king’ is still a valid mantra for most businesses, although many companies overlook a source of significant cash, unclaimed and abandoned assets. The amount of cash many businesses unknowingly abandoned is often substantial. Our law office represents many US and international companies in recovering abandoned and unclaimed assets. We’re not talking thousands of dollars here – we are talking millions. In the first quarter of 2020, we have recovered over $200,000 for one company alone and we have many claims still pending for that company. It is the rare business that has no unclaimed property owed to it. The question is how much your business is owed in ready cash and we can help companies with this.

Can you give us an example that illustrates how you’ve helped one of your clients?

For many years, our office has represented the parent company of a major international conglomerate. I was retained by the Senior Vice President for Legal Affairs to do asset recovery work for the company. Initially, I did judgment enforcement and collection work, but then I was asked to initiate a program to recover unclaimed property owed to the parent and several of its subsidiaries. We were so successful in that effort that the SVP said to me: “you’ve made my legal department a profit centre”. Perhaps a bit of an exaggeration but nice to hear.

The SVP then referred me to the CFO of one of the company’s production units who had been trying to recover unclaimed property in-house without much success. In the year after the CFO retained us, we recovered over $175,000 on behalf of the unit. Since then we have recovered more than $1 million for them and continue to recover six-figure sums every year.

Where does the money come from?

Jill Ann: Most often from checks payable to the owner which never get cashed and are eventually deemed abandoned by the holder and then escheated to a government agency. Corporate restructuring, address changes, employee turnover, customer bankruptcies, office closures, bad addresses are typical causes of money going astray that ultimately gets escheated to a state unclaimed property agency or the US Treasury.

Much of our asset recovery business comes from companies active in mergers and acquisitions. Most of these companies are unaware of the dollars they leave behind when they take over a business. We have recovered very substantial sums for a number of clients which pursue growth through mergers and acquisitions. Two unclaimed items we are presently working on involve an unclaimed bankruptcy dividend of over $600,000, and an unclaimed asset worth $1.5 million. Both of these items were owed to acquired companies and remained unclaimed for many years after the acquisitions closed.

Old bankruptcies are another reason why money gets left behind when a company acquires another business. The acquired company may have filed bankruptcy claims against one of its debtors. Since it often takes years for a bankruptcy case to settle and claims to be paid, these files and claims wind up at the bottom of the pile and frequently get lost in the merger process. Bankruptcy trustees then send out checks payable to the acquired company at its last known address. Since the acquired company may no longer be at that address or, in fact, no longer exists, the check goes uncashed, the trustee then turns the money over to the bankruptcy court which ultimately submits it to the federal treasury. These unclaimed dividends can be recovered through the bankruptcy courts, but it does require a court proceeding.

We’re presently working on an unclaimed bankruptcy dividend of over $600,000, which was made payable and mailed to an acquired company several years after the acquisition. The payee had been merged into the acquirer. To no one’s surprise, the payment was never received by the acquiring company. Hence, the trustee turned the funds over to the clerk of the bankruptcy court which ultimately remitted that money for the US Treasury.

Jill Ann: Accounts-receivable checks are often lost, abandoned or returned to the sender after a business is sold. Name changes, office closures, relocations and employee turnover, whatever, these assets are often lost, and without a diligent asset recovery effort, will be lost forever. Of course, there is the question of who owns stale receivables in the typical sale of a business. Our job as attorneys to these businesses is to assure that these assets are properly allocated.

Why are governments not returning these assets to their rightful owners?

Robert: It is my experience that neither bankruptcy courts nor state unclaimed property agencies give up these unclaimed assets readily. The unclaimed funds, at both the state and federal level, go into the general revenue. The government becomes very proprietary of these funds. Many states use the funds to cover budget shortfalls and payouts, particularly to corporate claimants, are a drain on government resources. These funds are a significant source of revenue for the states which typically can use the funds until the owner shows up and asserts a claim. New York State, for instance, holds $12 billion in unclaimed assets, while California has over $6 billion. These funds increase every year.

Since the agencies holding the unclaimed assets are allowed to use the money interest-free until the owner shows up, there is little motivation to search out those entitled to the funds and the level of resistance to paying it out to the rightful owners varies from agency to agency. But I think it is fair to say that all of the government agencies holding unclaimed assets become somewhat proprietary regarding those assets. For them, it is a free revenue source. Hence, the need for an asset-recovery lawyer to get everything the owners are entitled to.

A New York judge recently wrote about New York’s Abandoned Property Act saying: “The legislature has created a system to swell the coffers of the State Treasury…at the expense of the public without giving sufficient notice to the public…”

So, it is a question that we’re asking too, without being able to find its answer.

Why should more companies consider contacting an asset-recovery lawyer?

Robert: Most big companies, especially those that are growing rapidly, have unclaimed and abandoned assets owed to them. It may not be millions of dollars, but then again, it may be. We are currently working on a matter involving a $1.5 million unclaimed asset owed to a company that was merged into another corporation which was later dissolved.  Since the acquired company disappeared, checks payable to it and its predecessors went uncollected and were eventually deemed abandoned. This particular item has been unclaimed for almost 30 years and now the parent of the dissolved company is the owner of the asset. The owner has retained our law firm to recover the money.