The COVID-19 pandemic has shown no signs of slowing down six months into 2020. The financial impact felt from the disease can be seen across all asset classes, especially in the foreign exchange market where currencies moved sharply in one direction. 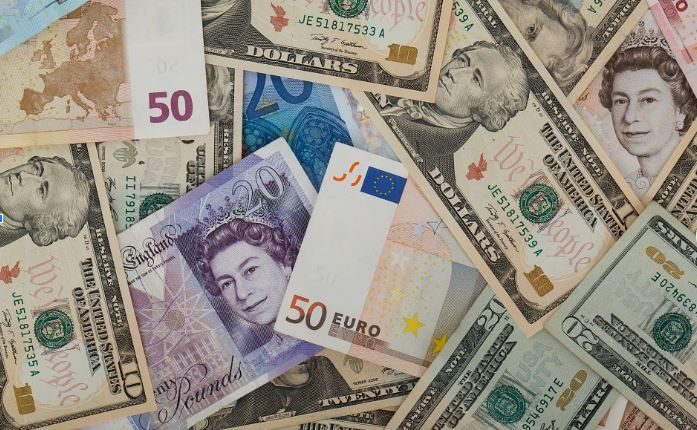 The need for people across the world to save as much money as possible amid adverse foreign exchange rates has never been greater. Thankfully, money transfer companies are known to offer rock-bottom rates banks can’t match. And the best part is there are dozens of service providers for consumers to choose from. As is often the case, higher levels of competition result in consumers benefiting from superior costs and better service.

The world is home to 180 currencies that are recognized by the United Nations, so there are plenty of trends that have played out since the start of the pandemic. At the exact same time, other external factors compounded the weakness, such as oil prices dipping into negative territory for the first time.

Currencies mostly tied to oil, such as the Canadian dollar or Norwegian krone were more impacted than the Japanese yen — widely considered as a safe-haven currency.

The outlook for global currencies remains as unclear as ever yet people across the world will still need to exchange currency for a plethora of reasons. One example of how someone can take lower the risk from further unfavorable currency exchange movies is through forward contracts. Simply put, a forward contract offered by an online money exchange platform lets people buy or sell a currency pair at a pre-arranged exchange rate on a set date.

Tens of millions of people across the world decided to leave their birth country and set up roots elsewhere. The COVID-19 pandemic and deteriorating exchange rates likely had many of these people worried about their finances for the first time.

This is especially true for people who hold assets and investments in their birth country and exchange a bit of money at a time.

At that time, expats who had budgeted to live off say 1,500 Australian dollars per month in Thailand would need to dig deeper into their pockets to live the same lifestyle.

Fortunately, by the end of June the Australian dollar rebounded any concern proved to be brief. But this goes to show how fast currencies can move in either direction.

Of course, the opposite scenario could play out where expats are in a better financial position by default of moving to a country that has seen its currency weaken. In this case, it may be unwise to start living life frivolously as any near-term trend is never a predicament of a longer-term outlook.

The global money transfer industry, much like any other sector, has seen its business impacted by the COVID-19 pandemic. It would be difficult to quantify the financial impact since many of the companies in the space are private and are under no legal obligation to disclose their performance to the general public.

So, we can take a look at the few public companies that provide updates to their investor base. Moneygram is one example.

The Australian stock exchange-listed company said in early June that its digital transactions grew by 100% year-over-year in May, marking a notable acceleration from 57% growth in the first quarter.

The company also said it increased its active digital customer base and these customers transacted more frequently compared to prior months.

We also know this was the case with PayPal as the company said at an industry conference it benefited from older people joining the platform.

It would be reasonable to assume that a trend seen at one company is likely playing out across the entire sector, although to varying degrees.

Where The Growth Is Coming From

What likely happened behind the scenes is money transfer space saw an influx of new customers who had no choice but to turn to online venues for their money transfer needs.

These first-time users needed to send money to family or friends who found themselves in tough financial positions — as has been the case among untold millions of people worldwide.

Some money transfer services tried to capitalize on the new surge in demand by offering unique promotions. Moneygram, for example, partnered with Uber to provide drivers and couriers with a discount on money transfers sent to family and friends worldwide.

But the money transfer industry faced a notable headwind as regular and planned cross border transactions were either put on hold or canceled. Those that provide global payroll solutions lost business from companies that had to suddenly furlough or fire their employees scattered across the world.

On the personal side of the business, many people had to put on hold or permanently cancel plans to move abroad. Transferring large sums of money across borders at a rate traditional banks can’t compete against is a major selling point as it can save consumers tens of thousands of dollars versus banks.

It isn’t clear if these real estate deals will resume once the pandemic is resolved. Some people would be very excited about the opportunity to proceed with their lifelong dream of retiring abroad. Others may not be able to fathom the concept of being away from their loved ones.

Conclusion: Stay Up To Date With Trends

The financial impact from the COVID-19 pandemic could last years after it is eradicated. The toll will certainly be felt in the foreign exchange market as some economies will prove to be more affected than others.

Countries that experience a quick and swift rebound will likely see their currency appreciate in value given the likelihood for a stronger economic recovery.

It is certainly too early to predict which countries will fall in this category and everyone is urged to stay up to date with economic news and trends. Staying informed and acting accordingly could save a lot of money by avoiding exchange money at more costly rates.