Why Democratising Financial Services Is Key During the COVID-19 Crisis

There is no disputing that banking and finance are an integral part of modern society. As another major recession looms, however, it is vital that these services win back the trust of the public. 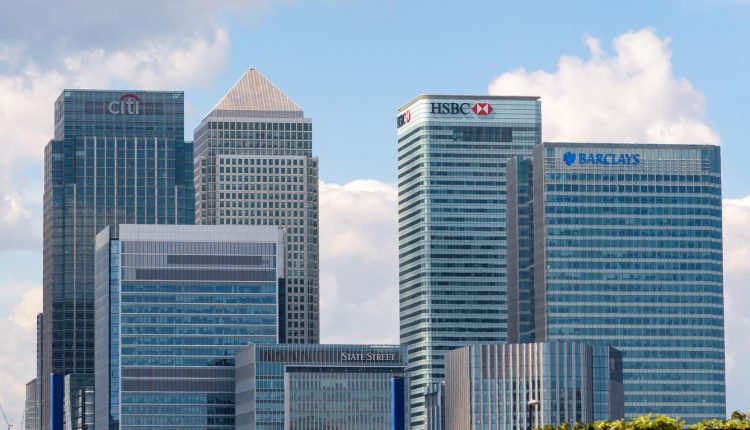 Leonardo Brummas Carvalho, CEO of Wealth Management at ITI Capital, explains why the social responsibility of finance is coming to the fore.

The COVID-19 crisis has not just posed a huge threat to human life on a global scale, it has caused mass devastation for thousands of businesses and all but crippled the economy. As a society, the extent of disruption caused by this pandemic has not been seen since the world was shook by war in the 1940s, and the financial impact has completely overshadowed the recession in 2008.

However, the comparisons to 2008 stop there. Over a decade ago, banks and financial services organisations were embracing high risk decisions as a matter of routine, where all the risk eventually fell in the hands of the consumers and working people, millions of whom were left unemployed and facing financial turmoil. The banks, on the other hand, walked away comparatively unharmed, having been bailed out by taxpayers.

As a result, the already questionable reputation of bankers, financial services and investment specialists plummeted further. Even today, business owners, consumers and mortgage owners do not feel that traditional financial service providers have their best interests at heart.

But, due to COVID-19, many consumers have no choice but to turn to banking services: taking out important investments to keep businesses afloat, to manage personal finances and to meet credit debt payments.

Thus, financial institutions have not just the opportunity, but the responsibility to win back the trust of the general public with deep pockets and generous investment – helping to boost the economy and support independent businesses and struggling individuals at a time when they need it most.

Lessons From 2008: How Could a Recession Be Beneficial for the UK Economy? Japan’s Experiences Sharpest Economic Contraction on Record

Whilst it must be acknowledged that central and consumer banks in the UK have already introduced unprecedented emergency measures, such as mortgage and credit holidays, and cut interest rates on loans to 0%, they still could do more to fulfil the social responsibility they are now liable for and redeem themselves in the eyes of the public for actions in the early and mid-2000s.

Banks in general play a fundamental role in society, as they act as an intermediary in regulating credit and loans to the public – throughout history, banks have operated by awarding loans almost exclusively to large corporations and high net worth individuals who can guarantee repayment.

Today, the opposite can also be true and many institutions have the option to help communities, vulnerable individuals and propose social impact investments.

Now, in these challenging times, SMEs and workers are more vulnerable than ever, and would be deemed high-risk assets by numbers on a computer screen. Thus, bankers and financial experts must prioritise vulnerable communities, and not just look at the interests of their holders and senior managers, but also customers, employees and more broadly, the entire society.

The good news is that, over the last decade, digital platforms, fintech and cloud and software capabilities have evolved to the point where traditional financial service providers can overhaul operations, and cater to not just the high-paying clients, but to millions of consumers at the same time.

Banks in general play a fundamental role in society, as they act as an intermediary in regulating credit and loans to the public.

On the other hand, fintech companies and financial start-ups have spent years dedicating themselves to transparency and high-quality services. At ITI Capital, we have identified the disparity that exists in advisory and investment services provided to high-net worth individuals, compared to the general public. Thus, we have dedicated ourselves to democratising the financial market, ensuring normal, hard-working people on all sorts of different wage brackets, are catered to with professional financial services.

This has all been facilitated by cutting edge technology such as artificial intelligence, which allows us to provide a huge amount of consumers with top-tier, fully regulated financial services which would otherwise only be reserved for high-paying clients.

If the entire financial sector had this mindset in the UK, consumers would be trusting again and businesses and individuals could be comfortable optimistic towards the near future.

So will the attitude from the major banks change from now until the end of COVID-19, whenever that may be?

Of course, government legislation and schemes have, in the short-term, enforced significant social change. The furlough scheme in the UK, for example, has provided millions of workers with financial support at a time when they would have otherwise been laid off by their employers. In the short-term we should hope that shortfalls in government schemes to combat COVID-19 are covered by the financial institutions, providing preferential interest loans to companies who can’t front the cash to pay salaries.

However, as previously mentioned, fintech start-ups and market disruptors are on the rise, and it appears as though the financial sector is naturally transitioning to processes facilitated by automation and artificial intelligence. Thus, within the next decade, we could expect to see fintechs, such as Monzo and Starling, become the new normal for consumer banking. Alternatively, we might see traditional banks embrace the new wave of technology, and self-democratise the financial sector by offering affordable and remote online services.

Regardless, if traditional banks are looking to excel in the new normal, or if fintech start-ups are looking to flourish, they should each prioritise one thing: serving vulnerable communities and society as a whole during the remainder of the COVID-19 crisis and beyond.