With COVID-19 settling in to become the next part of our future, many are coming to the realisation that ‘it may never go away’ – similar to the “just for a night stay-over” which turns into “just a few more months please!”. 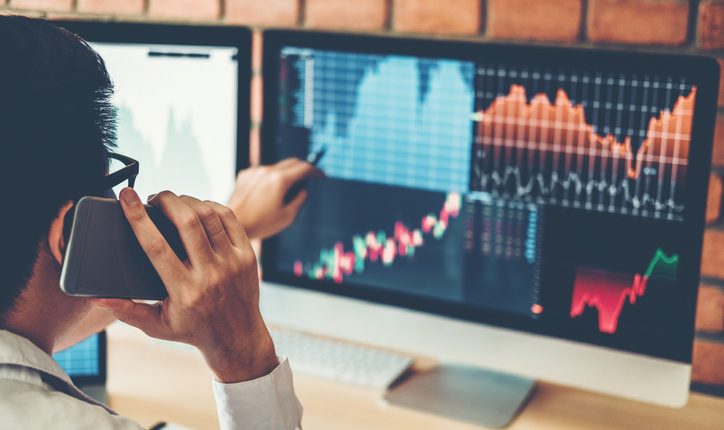 It is unquestionably causing chaos all over the world with dysfunctional administrations wishing for its departure, yet it is the administrations and governments themselves who may find that it is them who will be sent ‘packing’ before long.

So, our focus this month is FinTech, the ‘new’ exciting and flexible link between finance and technology. COVID will not see off the more robust FinTech outfits but they may morph into slightly different versions and become more of a new establishment. Some companies do appear to be actually benefiting from the climate and have been careful and flexible enough to alter their targets and their image slightly and not stay stuck in yet another ‘new card system’.

Over the last seven months, we have witnessed the increase in the phone-based alternative to plastic (coming with its own auto fx model), to now having it as the only way to purchase in stores. And, if you add to that the massive increase of online fulfilment programs for all forms of retail, this has risen to the top of priorities for many firms such as Amazon, eBay and Alibaba.

Therefore it is fundamentally important to focus on the FinTech markets and also to see which of them are going to become ‘not flexible enough’, and those that are right up there and ready to take advantage of a continuing extraordinary new set of markets being pushed out in front of our eyes during COVID. Who will best deal with a continuously changing market that is not transitioning smoothly?

One of the phenomena of the FinTech space is that we have seen literally every type of business categorise themselves into the FinTech sector over the last few years, with different levels of success, and the craze of fish chasing them around to try and find the next big game-changing tech as an investment has become difficult.

It really does remind us of memories of the dotcom bubble, when tech companies were having millions thrown at them by greedy investors on the back of a handwritten cigarette pack business models!

Of course, there were the success stories including some of the greatest of all time, such as Google and Amazon and a few others which now dominate both our online and offline worlds. However, we still need to show some caution when playing in the FinTech world.

PayPal Holdings Inc is a company that has been there for a long time before the word ‘FinTech’ existed and is a part of most of our lives in some way or another. Our online fortress as we spend away on those items we really need (and not so much either) on eBay and the plethora of e-commerce websites we are all trawling at the moment. So far during the pandemic, PayPal has seen its user base increase dramatically and will very likely continue to grow as we spend longer at home. The company’s CEO Dan Schulman says that the current user base of 325 million people could increase to a billion, which would increase the value of PayPal in our pockets and the hold it will continue to have on us online. Obviously, this is not a ‘get-rich’ quick stock, unless highly leveraged, but looks to be a nice one for a diversified portfolio.

Starling Bank is another digital bank which is aiming to disrupt the banking sector, just as is Revolut and some other contenders. Currently, Starling is still private, but CEO Anne Boden has strong ambitions of floating the digital bank by 2022. As discussed, the pandemic is making us think twice before popping into the local bank. With the old-fashioned bricks-and-mortar banks appealing less, especially to the younger generations, it really does seem that digital is not going anywhere soon. Although this is not open for us mere mortal investors at the moment, it is certainly one of the disruptors to keep our eyes firmly locked onto over the next couple of years.

Square (SQ) has come a long way over the years. Initially, a POS card reader service for smaller businesses, of which there are now many, the company has diversified to offer a large and rather powerful suite of payment and loan solutions. Previously investors were cautious with Square, but with the cash app reaching 24 million users, along with literally no impact from COVID-19, it seems that they are going from strength to strength.

Apple is and stays on our radar. They are one of the tech giants eyeing up the FinTech sector and were one of the first organisations using a no-card retail play in their stores using the Apple App payment system, and with this model, they also were able to use ‘Apple Pay’ as a wallet app device in most shops for payment.

They have now finally released their actual credit card into the US, which of course sits nicely into the Apple Wallet on our iPhones and is likely to be released in other countries such as the UK in the near future. With cash now being a be a potential carrier of COVID, a lot more people will be moving over to their digital currencies and will start avoiding cash completely.

Instead, Apple has for some time been able to deliver a simple double-tap and recognition so users can enjoy being able to pay up to £100 via contactless. Along with this, iPhones’ security continues to increase even to the point that if the phone is stolen – the money can’t be! With the sheer weight Apple has, it is likely they will roll out cards globally and capture a market which they could easily dominate; and even in collaboration with the fulfilment markets.

Similarly, as with Apple, Amazon has also finally gained traction with Amazon Pay, which provides a checkout solution for e-commerce websites enabling customers to pay with their Amazon account.

The Amazon Pay website guarantees: “Your site, enabled with a trusted checkout experience”, which will certainly be appealing to sites considering the sheer number of Amazon subscribers globally.

Lastly, as 2020/21 could be a period for some new IPOs and mergers to keep our eyes on, many are considering the US-based Stripe – a software developer orientated e-commerce platform. With American Express and Visa bolstering them, Stripe is a good option to jump on when they announce an IPO.

FinTech is still ‘new’ and as stated, there are some companies that will certainly make this their new century to a point where cash is in the past and most currencies will become ready-made app-based solutions. What COVID has taught everyone is to have a new respect for what and how we spend our worth. Those FinTechs that demonstrate that respect will ultimately win.

Is Property A Dangerous Retirement Investment?