As the newly released FinCEN files have illustrated, money laundering is an issue that plagues banks. Could the issue lie with the disproportionate power of their CEOs? 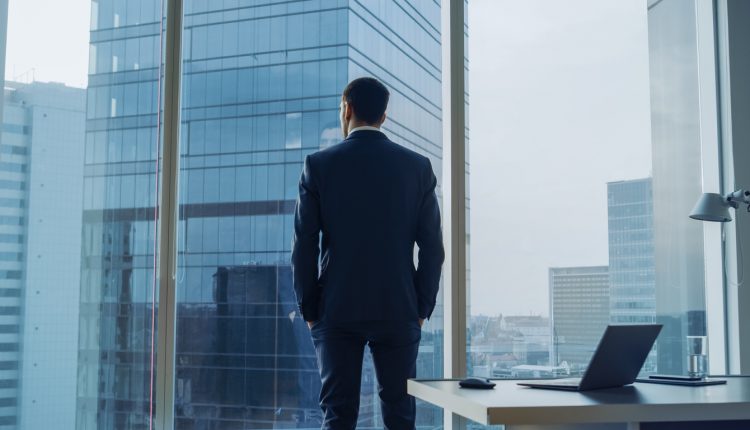 A study has made a link between powerful bank CEOs and the risk of money laundering. Syed Rahman of business crime specialists Rahman Ravelli considers the research and argues that prevention is everyone’s responsibility.

It may not please certain figures at the top of a number of financial institutions, but research has linked powerful bank CEOs with money laundering dangers.

According to researchers at the University of East Anglia, banks that have such CEOs and smaller, less independent boards will probably take more risks and, as a result, be more prone to money laundering than those with a different concentration of power at the top.

The researchers’ study examined a sample of 960 publicly-listed US banks for the period from 2004 to 2015. The study’s results showed that money laundering enforcement was associated with an increase in bank risk. From its findings, researchers stated that the impact of money laundering is more pronounced where a powerful CEO is present – and is only partly reduced by the presence of a large, independent executive board. They concluded that banks that have powerful CEOs attract the attention of regulators engaged in anti-money laundering efforts, and that this is especially the case if the bank’s board of directors is small and lacks independence.

The study has been viewed by some as the first to demonstrate that money laundering is a significant driver of bank risk. This effectively means that it can take its place alongside business models, ownership structures, competition in the marketplace and regulation as having an impact on risk.

Emerging Technology Trends To Look Out For In The Accounting Sector How Far Has Biometric Technology Evolved And How Will It Affect You?

It is perhaps surprising that previous research on banks’ risk-taking has not explicitly homed in on the possible effect of money laundering, especially as regulators have made no secret of the importance they attach to tackling it. But now, it could be argued, is an appropriate time to make that link. The increased numbers of cross-border transactions – and the sheer scale of many of them – have made banks more vulnerable to money laundering. Regulators are carrying out ongoing assessment of money laundering risks posed by organised crime and those with terrorist links while states – many of which have had obligations placed on them in recent years – are increasing their use of sanctions against countries, organisations and individuals.

The banks that do not recognise and respond appropriately to this state of affairs could well find themselves suffering fines, claims against them and significant reputational damage. Such outcomes are the logical consequences for any bank that can be shown not to have done all it could or should to minimise the dangers of money laundering.

It is worth noting, at this point, the researchers’ argument that the size and independence of a bank’s board can mitigate the impact of money laundering on bank risk but cannot fully compensate for the possible adverse effects. Aside from the study’s conclusions, what also needs to be emphasised is that the shape of fraud and money laundering is constantly changing and developing. As the risks posed by money laundering grow, the regulators adapt to rise to the challenges and the banks themselves have to meet their obligation to identify and assess the risks to which they are exposed. Just as importantly, the banks need to ensure that those risk assessments are kept up to date.

Such procedures can and will, of course, be instigated by those at the top. But regardless of the concentration of power in the upper echelons, once those procedures are in place the bank needs to make sure that its employees understand and comply with them. Those procedures need to be subject to regular monitoring, review and, when necessary, revision to ensure they are effective in countering the threat posed by money laundering. Banks have many methods available to them to ensure this is achieved. It almost goes without saying that banks will have a money laundering officer to supervise all anti-money laundering activities. Investing in anti-money laundering controls involving artificial intelligence (AI) technology is another approach, as it can support enhanced due diligence, transaction monitoring and automated audit trails. But what cannot happen is that the CEO or the board simply issues an edict about the wish to prevent money laundering: genuine prevention will only succeed if it is adopted and carried out by all levels of personnel.

Investing in anti-money laundering controls involving artificial intelligence (AI) technology is another approach, as it can support enhanced due diligence, transaction monitoring and automated audit trails.

The standing of a CEO in a bank and the relative power of its board may well have an impact on the risk posed by money laundering. But a bank will always be vulnerable if its approach to tackling that risk is not embraced by all levels of its workforce.