How combining payments, reward cards and ID will help you bin your wallet forever. 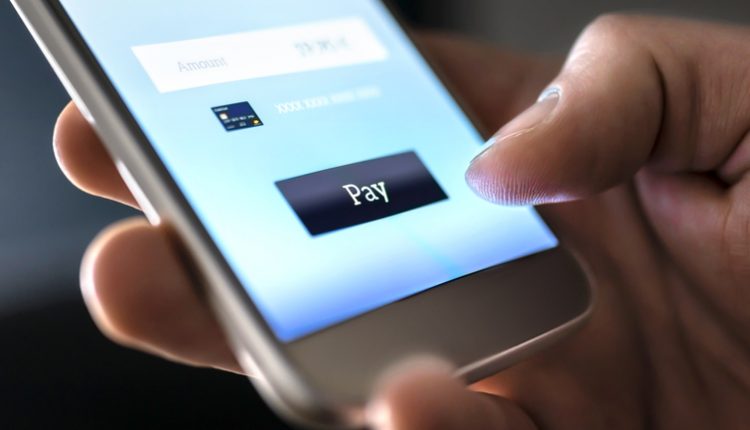 We are living in an era, where it’s common to find people carrying multiple cards, such as loyalty and travel cards, tickets and ID wherever we go. But why is that?

Perhaps it’s simply because nobody has suggested a decent alternative – yet. But the pandemic has changed much of our behaviour – many shops currently refuse to take cash, for hygiene reasons. Most UK payments are now made by card, with cash used in less than a quarter of all transactions up to June 2020 and contactless payments rapidly becoming the norm.

Many people prefer contactless payments because they are safer and easier than cash and, with contactless payment limits having been extended in response to COVID-19, they are becoming more widely accepted and convenient than ever. Of course, cash isn’t the only thing we carry in our wallets. As technologies advance, ID, loyalty cards, tickets and vouchers can also be stored on a single device: either on our phones or on a central card. Perhaps the very same card we use for payments.

And when the security on that single card is protected via biometrics, then suddenly our data, as well as our money, become far safer.

Are we on the brink of major and long-term changes in payment behaviour?

Apple certainly seems to think so. In July, the tech brand filed a patent for technology that will allow users to verify their identity without a passport, driver’s license or ID card. Instead, users can upload their information into a digital wallet which verifies the ID against national databases. Apple is looking beyond just payments – their digital wallets will hold passports and driver’s licenses, even library cards and travel passes so that we can manage our lives from one device without the need for a wallet.

However, take-up of mobile wallets has been slow, with many concerned about their safety and security. Figures from the end of 2019 showed that just 5% of payments around the world were carried out with a mobile wallet, as consumers continue to prefer physical transactions over mobile payments. Indeed, Apple themselves still haven’t given up on physical cards, having launched the metal credit card.

Since the pandemic, mobile wallet usage has risen thanks to their convenience – for instance, Australia’s CBA Bank revealed a 17% increase in customers paying through digital wallet transactions since March 2020. Shoppers are looking for ways to reduce the number of cards in their wallet, making it faster to tap-and-go securely for many different transactions. But many want a more secure or familiar way to manage their payments and banking than the mobile wallet.

One biometric card, many uses

Consumers will be able to combine all the below services into one smart payment card, making the consumer experience more convenient, and free from bulky wallets.

Instead of using PINs and signatures while paying for goods, shoppers just hold their fingerprint to the sensor on their biometric payment card and tap a contactless Point of Sale (PoS). By adding touch-free fingerprint verification to the payment authentication process, contactless transaction limits could be eradicated entirely, and users benefit from not having to remember PINs for all transaction values.

Importantly, biometric smart cards only store the fingerprint on the card, and not in a central database, making them more trusted by consumers and virtually impossible to be hacked or stolen.

As Apple’s technology patent shows, traditional ID documents are likely to soon be a thing of the past.

To make the most of the many retail schemes in the market, you really need to keep all loyalty cards in one place, but that quickly weighs down a wallet. While we may not think about securing our loyalty cards – most don’t have PINs or even our names published on them – many can collect so many points their value reaches into the hundreds of pounds. With biometric authentication, multiple loyalty schemes can sit on one card, which is protected through end-to-end encryption and secured to the owner by their fingerprint.

Public transport in major cities, such as New York and London, have already embraced contactless payments, allowing riders to tap and go. However, to get season tickets or travelcard pricing, travellers still need to buy physical tickets. Instead, biometric smart cards can hold seasonal transport tickets, allowing you to pay a better fare with contactless technology in a speedy and secure way.

Increasingly, as smart cities emerge, we will also start to see smart public transport ticketing. Through fingerprint biometrics, smart ticketing will connect the card to the person, making it easier to personalise and enhance our city living, providing us with more intelligent, safer and faster travel on public transportation systems.

As Apple’s technology patent shows, traditional ID documents are likely to soon be a thing of the past. Workplace or even Government ID systems can use a biometric smart card providing a no-contact version of identity verification across borders or while moving about a city or a workplace. With the worry that communal fingerprint scanners are potential vectors for the spread of disease such cards will also minimise the need to touch shared security surfaces during travel or while entering a workplace.

Bringing it all together

In a world that is turning away from cash, and increasingly favours digital payments and identification, fingerprint biometric authentication has come of age at the perfect time. Now, a single biometric smart card can both drastically reduce the number of cards required – making it faster and easier to tap and go – and simultaneously make transactions more secure, safeguarding our most precious data and assets.

As biometric sensor technology advances, it’s not a case of ‘if’ a one-stop smart card replaces the traditional hefty wallet, but ‘when’. Banks offering this technology will have a clear differentiator and will gain top of wallet status.

Unleashing the Potential of APIs for Digital Finance