No one doubts the importance of the Chinese economy in determining the shape and scale of the global economic outlook. China has been a major contributor to global GDP growth over the past decade or so. It is a top commodity demander and commodity importer. It is home to some of the world’s biggest banks and money market funds and it is also an important real asset investor in many economies. So, where do we stand at a time when the global economic outlook is uncertain as it tries to come out of the COVID-induced recession? Can we expect a bounce-back in GDP growth for most of the major economies in 2021 as many of the leading forecasters such as the IMF and OECD believe, or are we stuck in what has been called ‘secular stagnation’ i.e. low growth, low inflation, and declining investment? 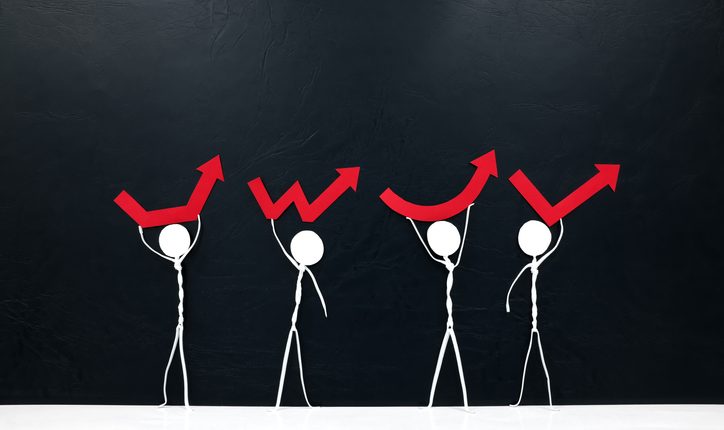 The worst of the COVID impact on the major economies does seem to be over. Many of the economic activity indicators point to a V-shaped recovery from the slump in output and consumer spending back in March and April. Indeed, equity markets responded to the swift and unprecedented global and monetary stimulus at the time by quickly moving out of bear market territory with US equity markets going on to make new highs in early September before making a sudden 10-12% correction. US tech stocks are very over-valued and a ‘dot-com2’ cannot be ruled out. A stock market crash and bursting of the ‘Everything Bubble’ would come at a very unfortunate time. Otherwise, you will recall that early on in the pandemic, economists went through letters of the alphabet in trying to determine the shape of the prospective economic recovery. Optimists went for V; two-handed economists went for W and pessimists went for an L. The optimists have been right so far.

However, in these uncertain times, it is not difficult to come up with a long list of reasons to join the pessimists. These include the threat of fresh lockdowns in response to rising COVID infections through a more muted increase in the fatality rate. The advice to governments must be to avoid widespread lockdowns and to make sure that we do not end up in a disastrous economic slump. Unemployment still remains high and there may well be further job losses post-COVID as employers cut headcounts and understand that during the lockdown, they could operate their businesses in most part with a more productive workforce. Unfortunately, it is those people that don’t work in an office and can’t work from home that have been the most affected by the COVID-recession. The pandemic has also worked as an accelerator of ‘disruptive’ technologies as well as potential changes in working practices, though it will be interesting to see whether there is push-back from ‘working at home’.

Other uncertainties include the outcome of the 3rd November US Presidential Election. The opinion polls and betting odds (see electionbettingodds.com) point to Joe Biden winning the White House with a relatively high probability of the Democrats winning a ‘clean sweep’ of the House and the Senate. A key feature of Democrat economic policy is to overturn the President’s tax policies, in particular, an increase in the US corporate tax rate to 28% and the imposition of a wealth tax. More likely is a badly needed infrastructure program that can support growth and jobs.

Central banks won’t admit it, but their actions are what used to be called debt monetisation. Welcome to the world of MMT (Modern Monetary Theory or the Magic Money Tree, take your pick).

However, in the current economic environment, tax increases may end up being deferred. The US economy needs to secure a sustainable recovery and policymakers should not make the mistake of implementing a fiscal squeeze even though US fiscal settings are regarded by the independent Congressional Budget Office (CBO) as being ‘unsustainable’. The same advice applies to other governments. Fiscal ‘austerity’ is exactly that and delivers economic ‘austerity’. The Eurozone is a classic case of wrong economic policies where the recovery is already faltering and where the Eurozone is experiencing mild deflation despite ‘excess liquidity’ from the European Central Bank (ECB) amounting to €3 trillion, a doubling in a period of only 6 months, and an ECB balance sheet that has exploded to above 50% of GDP (compared to nearly 35% for America’s Federal Reserve). Much fanfare greeted the EU’s Recovery Fund back in July but most of the measures do not come into effect until next year thus mitigating any direct fiscal impact on growth. The Eurozone is turning ‘Japanese’ and looks as though it is stuck in a liquidity and debt trap. No wonder that the Stoxx600 Bank share index just recently made a record low. That is mostly thanks to the effect of negative interest rates which are deadly for bank profitability as well as denting savings which are an important fuel for providing investment. Which brings us to Brexit and the ‘deal’ or ‘no deal’. Unless you are a remainer and a firm believer in the worst prognostications of ‘Project Fear 2’, you could not be blamed for thinking that it is the Eurozone that is the loser from Brexit and a ‘no-deal’ scenario. A ‘deal’ only works, as in life, if the deal is mutually beneficial and not coercive. At the time of writing, the odds of a deal characterised by zero tariffs and zero quotas is about 50-50. For what it is worth, I favour Brexit both from a political and economic perspective and see the prospect of favourable opportunities globally going forward.

Back to the US. The cost of the recession and the various fiscal programs enacted so far are likely to show up in a US budget deficit in this fiscal year that amounts to 16% of GDP with US federal deficit hitting 100% of GDP. The CBO warn that on existing policy trend that the federal debt could end up being nearly 200% of GDP by 2050. Of course, if this is not sustainable, it won’t be. The history of US fiscal policy shows that actually it is Democrat Administrations that end up reversing Republican fiscal profligacy.

More interesting is what the Fed does. Monetary policy entered the so-called ‘uncharted territory’ some time ago. Zero-interest rates, negative rates, QE are now all a matter of course. Central bank independence has become an illusion and central banks have become funders of Treasury debt issuance. Central banks won’t admit it, but their actions are what used to be called debt monetisation. Welcome to the world of MMT (Modern Monetary Theory or the Magic Money Tree, take your pick). With global debt-GDP at a record high, the risk is that policymakers covertly rely on an increase in inflation to reduce the real value of debt. At the moment, the major government bond markets think that there will be no inflation. The increase in the gold price suggests that some investors think otherwise. Bond yields are still near historic lows and market-based measures of longer-term inflation expectations remain subdued. The US dollar has not collapsed though the emergence of the ‘twin deficits’ is a currency-negative for the longer term.

In the meantime, it is back to China. So far so good. The economy is recovering, admittedly propelled by significant credit expansion and some measures to promote infrastructure spending. Exports are starting to recover which is good for the Asian region, and the Chinese currency has appreciated thus helping the export competitiveness of its Asian trading partners. There are risks with Chinese corporate debt especially in the real estate sector, but the central bank has big pockets. Relations with the US still remain tense and President Trump’s trade dispute with China has not been to America’s trade disadvantage as the trade gap with China has not improved. A win for President Trump in the election cannot be ruled out given previous unreliability of the opinion polls, and fresh tensions with China could easily emerge. Some geopolitical experts warn that there are other risks related to the relationship between China and Taiwan for example. The shape of the global economy and shape of the international financial system has changed and will continue to change, but it is the US and China that will determine the pace of such changes.