Business Leaders Differ on COVID Outlook and That’s Not Good

Finance leaders and their peers in small-to-mid-size businesses often aren’t in lockstep on matters of money. 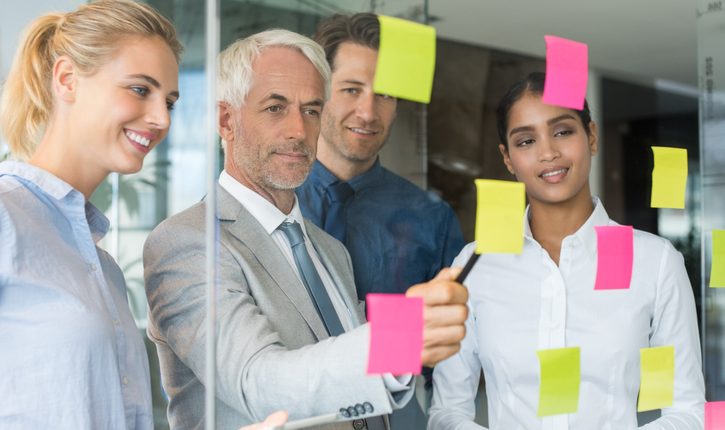 In NetSuite Brianyard’s quarterly surveys, the data has typically shown that CFOs are more conservative capital spenders than their peers, for example, but slightly more likely to increase budgets in other critical areas during good times. Art Wittmann tells us all about it.

The differences, while noticeable, have been manageable – until the pandemic. Since April, we’ve seen a significant and growing gulf in the fiscal priorities of finance leaders versus their peers as the two groups worry about their business from different perspectives.

In April, finance leaders wanted to aggressively slash spending except in payroll and marketing. Meanwhile, non-finance leaders were looking to cut mostly in capital projects, non-IT operations, marketing and sales. Both groups wanted to preserve IT spending, calling for only minor decreases.

Mapping that to business priorities, while all leaders wanted to cut in April, finance leaders prioritised talent and maintaining market presence, while other business leaders seemed more concerned about maintaining production and product-support capabilities. The difference in approach could be thought of as finance looking to ensure the company continues customer acquisition efforts, given that it’s reasonable to assume some existing clients will be lost. Meanwhile, non-finance execs were thinking more about maintaining service to those current customers. Other data points in our quarterly surveys back this up: Customer service ranks as a slightly higher concern for non-finance executives than for finance.

There’s logic behind finance leaders’ approach. Marketing is often the first in line when cutting needs to happen. If competitors go dark, it’s a great opportunity to steal market share as long as demand hasn’t completely tanked. We saw pockets of that opportunism in car sales and in certain restaurants that easily shifted to take out.

By June, non-finance executives reported creeping back toward flat budgets across the board, except for capital (still down) and IT spending, where most sought increases. Work-from-home mandates and e-commerce success likely drove that desire for more technology.

Finance leaders, still warily eyeing cash flow, were not quite as optimistic. Still, June saw less severe cuts, with technology spending flat. Finance leaders were starting to think about staffing reductions, likely in response to the end of PPP loans and the potential for long-term slowed demand.

These differences are what we’d call “fairly negotiable” between the two groups. Not so with the widening gulf that appeared in our September survey. CFOs are now ready to spend again, while other leaders are looking to keep outlays flat or reduced even further.

Our explanation: That hard upturn in CFO spending plans tracks the GDP turnaround reported by the US Commerce Department in late October. It seems clear that many CFOs have seen cash flow improvements in their own businesses and are looking to get back to healthy spending levels to keep the momentum going. Rather than wonder why financial leaders are looking to get back spending as usual, it might be more telling to ask why other leaders aren’t. After all, with Commerce data showing an annualised 33% rebound in GDP, most businesses must be seeing bounces in their own performance numbers.

One possibility is that non-finance business leaders are less attuned to what internal KPIs show than their finance counterparts. Our data over time confirms that, outside of the finance department, KPIs aren’t a priority. In this survey, 66% of CFOs said producing better insights into key performance indicators was a Top 4 priority for the finance team. It was CFOs’ most frequent answer. Just 45% of other leaders agreed, making it their fourth most frequent choice.

Meanwhile, 55% of other leaders chose “identifying savings” as a top priority for finance, and 62% looked for finance to identify areas for strategic investment.

In previous surveys, we’ve seen that non-finance leaders in companies with under $50 million in revenue tend to rate user satisfaction as their most important business metric — even before revenue and profit. It’s natural for finance leaders to stick to what the numbers say, but the numbers are often a short-term indicator that, if used as a basis to plan long term now, will probably lead to faulty assumptions, particularly if the overall economy continues its gyrations.

If one thinks of coronavirus as a step impact on the economy and business, one possible model is a unit step response as seen in many systems in science and engineering (diagram below). Financial curves don’t usually look like this because of remedies applied as time goes along or the removal of the original impact (tech bubble burst, SNL crisis, financial crisis). The introduction of a vaccine could affect this model but absent that the virus persists, so economies must constantly react. If economies open and close to varying degrees as we understand the virus better, we’ll likely introduce cycles of decreasingly severe expansion and contraction as we learn to manage the virus and its effects. The trick for business leaders, and for the economy, in general, is to dampen these gyrations as quickly as possible and return to normal, predictable growth. On a macro level, this can be thought of as more targeted restrictions that governments are enacting now as compared to the hard shutdowns of March.

It’s fair to assume that the views on spending of CFOs and other leaders are both reasonable given the data they’re using. Or at least if one is less rational than the other, we can’t say which. At the business level, coming to a steady state more quickly will likely happen if both views are considered, understood and accounted for in planning and analysis exercises. In other words, finance and non-finance leaders need to better share their views and work toward planning models that include careful consideration of all expertise, viewpoints and data.

Take the time to ask leaders across your business how they think sales and spending and business development will go. Know what steps they think the company should take to get itself into sustained growth, and what factors they consider in coming to their conclusion. Scenario planning should be an inclusive exercise that includes the views of each of your core business leaders, not just the finance team. Agree on the terms of the model and consider what happens if the economy isn’t all good or all bad but oscillating toward a new normal over the next quarters and years.