The start of 2021 has already given us plenty to watch out for in the markets. What trends will investors want to get ahead of in the year to come? 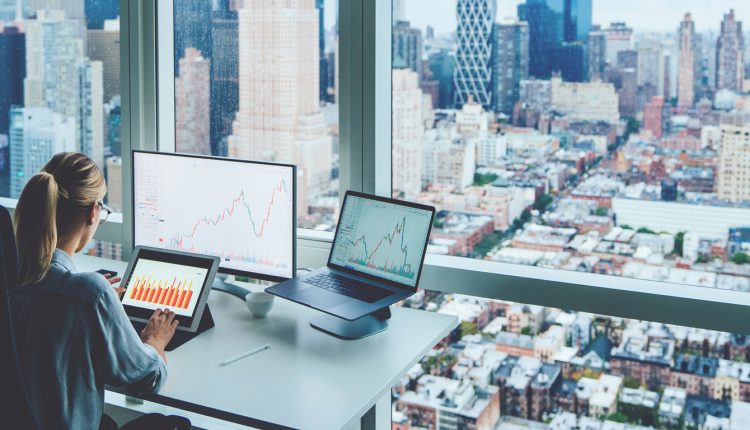 2020 was an extraordinary year for traders as the coronavirus spread across the globe, triggering worldwide lockdowns and restrictions and bringing unprecedented volatility to the markets. And while the effects of the pandemic are still far from over, 2021 is set to look very different. Not only do the new vaccination programmes give hope for an eventual return to normality, but we will also see how major political changes play out, such as Brexit and Joe Biden’s first year as President of the United States.

For traders hoping to get ahead of the markets in 2021, here are five key areas for them to keep their eyes on over the next twelve months.

With Brexit now pretty much done and dusted, we may see the pound sterling continue to recover from the lows seen last March. However, the big question is whether its strength will hold back possible gains made on the FTSE 100, which has been lagging behind US indices and the German DAX — both of which recently hit record rights. The FTSE, on the other hand, is still more than 12% below the highs experienced in early 2020.

It’s commonly believed that sterling strength weighs heavily on the FTSE due to the fact the majority of the index’s constituents export goods abroad. The higher the value of sterling, the more these goods cost foreign importers, which in turn means less are sold.

On the first full trading day of 2021, all five of the major US tech giants (Alphabet, Apple, Amazon, Facebook and Microsoft) — which have effectively driven the extraordinary rally in the US stock indices since the pandemic lows of last March — were down 1.8-2.2%. This is because it looked like the Democrats were about to win control of the Senate, giving the party a clean sweep: Presidency, Senate and House.

As it turned out, the Democrats did win those two vital Senate seats in Georgia. For now, the Republicans have no majority anymore. It also means that Vice President Kamala Harris has the deciding vote whenever there’s a 50:50 Senate split. The Democrats now have the clean sweep they were hoping for, making them much more likely to pursue a radical programme of high spending reforms. This has gone down well with investors who have already rushed to buy stocks, pushing all the major US indices to fresh record highs.

Financial Tips For Successful Trading That Investors Should Follow What Are Demo Accounts? Do They Instil Overconfidence In Traders?

The Future of Retail

The high street changed beyond recognition in 2020, although it’s well-known that the move away from bricks and mortar to eCommerce was already well-advanced. Now, old-style department stores which were once the foundation of every mid-sized town shopping centre look unlikely to survive. Therefore, a strong online presence is vital for retailers. There will be considerable pressure on the UK government to get involved and save the high street. But will this mean a shake-up on things like business rates and rents, or a lazier approach that simply involved dishing out temporary relief?

As we have seen from early reports on holiday-period spending, food retailers continue to perform well, as do online retailers. But following a boost to high streets in early December, footfall collapsed before Christmas as fresh COVID-19 restrictions were brought in. It’s now reported to be down by 43% in 2020 compared to the previous year. The big question is whether this misfortune will reverse once restrictions are lifted, or will the hope offered by vaccination programmes come too late to save many of our high street favourites?

When it comes to technology, perhaps the most exciting thing for traders to follow are the advances in medical tech. The mRNA vaccines are a massive development; a new method of vaccine production that will help bring fresh vaccines to market much faster than was previously possible. Also, mRNA vaccines can be adapted quickly and cheaply to address new virus variants, thereby opening up the prospect of vaccines for previously untreatable conditions too.

Elsewhere in tech, Tesla’s stock price soared to a fresh record high in the first week of 2021, making founder Elon Musk the richest person on the planet — overtaking Amazon owner Jeff Bezos. Many analysts continue to insist that Tesla, along with Bitcoin, is in an unsustainable bubble, and one day all those paper-millionaire investors will wake up broke. But for now, the owners of Tesla shares and Bitcoin are laughing the loudest.

Ethical investment could be one of the biggest buzz areas in 2021. The sector has matured to a great extent, so ethical investment no longer means merely pruning portfolios of defence, tobacco, oil, and mining stocks. Now, there is a large and expanding ‘green’ industry to consider. Last year the UK saw more than $4 billion put into funds claiming to focus on ESG — environmental, social and governance investing. However, not all funds are the same, and careful diligence must be taken to separate those with a genuine will to manage their businesses ethically, and the bandwagon jumpers.

We are already seeing a rise in ethically questionable investments too, water being the most notable. CME Group has recently started offering water futures, and this is also relevant to farmland which is a very big consideration in the US. In fact, these are both areas in which Michael Burry (of The Big Short fame) is now heavily invested. Will more traders now be tempted to follow his lead? Only time will tell.