Could the Double Hit of COVID-19 and Brexit be Remedied by Freelance Consultancy?

Justin Small, CEO of Future Strategy Club, discusses the Brexit blow to financial services in the UK, the difficulty of importing EU-based talent in this new world and the opportunities that can be found in freelance consultancy. 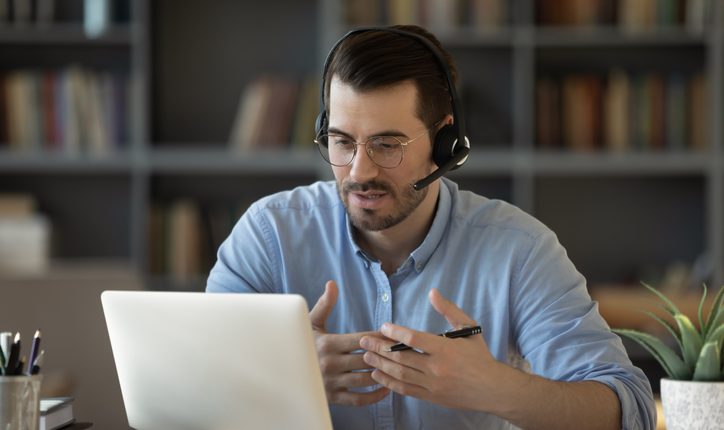 The past year has been one like no other for the UK. We are adjusting to a new way of life, having spent the best part of a year under pandemic restrictions. It was also the year that we left the European Union for good, after four years of political friction and confusion. These once in a lifetime events have understandably impacted our personal and professional lives. Financially, the effect of the pandemic has resulted in the prediction that a fifth of all small businesses will collapse in the UK, and recent news that we may be plunged into a double-dip recession suggests that we are not over the worst of it. Business leaders have had to adapt and re-adapt to survive the past year, and the world of work will look different as we move forward.

Brexit has also had an impact on jobs and the way we work. Alongside further economic uncertainty, there is set to be an increase in the difficulty of importing EU-based talent as Brexit brings in more stringent rules around work and immigration. While the rules are designed in part to allow highly-skilled workers the opportunity to come to the UK, they may be put off by changeable legislation and red tape, leading to talent shortages in key sectors.

The double hit of Brexit and coronavirus has already highlighted the importance of malleable work environments – businesses will only survive this period if they are truly flexible and willing to adapt. Research from Future Strategy Club shows that 29% of business leaders streamlined their teams during the pandemic, and thousands of businesses have given up office spaces as employees work effectively from home. Firms are having to adapt to new regulations and legislation, making way for a more flexible design, both in terms of physical space and headcount.

EY estimated that due to Brexit, £1.2 trillion in assets have been moved from London to the EU, along with around 7,500 jobs.

One way that business leaders are becoming more flexible is by utilising short-term, freelance talent, as opposed to hiring full-time, permanent talent for roles that may soon change or become defunct in such a rapidly changing environment. Often, these leaders don’t just need advice on how to see their firms through these unprecedented times but require a hands-on approach to guide them through. With new rules and restrictions in place as we leave the EU, a short-term, outside consultant can bring a fresh perspective to struggling businesses, and integrate a new, more flexible ethos to firms who are looking for the best way to accommodate new business models and legislation. In a time of economic turmoil and uncertainty, funds and resources may be low, utilising freelance talent also allows firms looking for specific talent to find it quickly and without breaking the bank.

However, finding the right talent for your company can be difficult. Many companies are hiring the same standard consultants and creatives from the same consultancies and agencies who use the same methodologies that have been used for the past 30 to 50 years – and are therefore getting the same solutions to their problems as their competitors and everyone else. Platforms such as Future Strategy Club have a curated selection of the most innovative talent in the world, available without the usual overheads and contractual entanglements that large consultancies and agencies wrap around their talent. These platforms allow businesses to directly access experienced individuals with many years’ worth of skills to tap in to, having weathered the 2008 crisis, COVID-19, and now Brexit.

The freelance and gig economy works the other way, too, in that it provides a chance for those who find themselves furloughed or perhaps made redundant to launch their own business or at least the next stage in their careers. EY estimated that due to Brexit, £1.2 trillion in assets have been moved from London to the EU, along with around 7,500 jobs. Combined with increased job losses and furlough due to the pandemic, many people are likely to be uncertain about their career prospects. Those who may find themselves being made redundant or furloughed may choose to capitalise on their skills and past experience to launch a freelance career – as with kids and mortgages in tow, falling back to the bottom of the career ladder is not on the agenda.

Freelancing and the gig economy often get a bad rep. Freelancers have been excluded from the benefits of the permanent workforce – including workplace culture, socialisation and support networks – and it is clear that the perception of freelancers and skilled consulting work has long needed an overhaul. Fortunately, this appears to be changing.  The rise of co-agencies, such as Future Strategy Club, provide freelancers with resources, learning and development opportunities and a network, making freelancing a viable long-term option – one that can be done for an entire career, as opposed to a placeholder between jobs.

It’s clear that the world of work going forward is going to look very different. 2020’s turbulence is set to carry on over to 2021, and businesses and talent that can utilise this to their advantage will thrive. Businesses who open up to hiring freelancers are more likely to adapt and may even come out of this period stronger than they were before, and entrepreneurial freelancers have the opportunity to work for themselves, choose their own working environment and gain true security from their own knowledge and skillset.