COVID, Biden and Brexit: The Future is Bright for M&A Deals 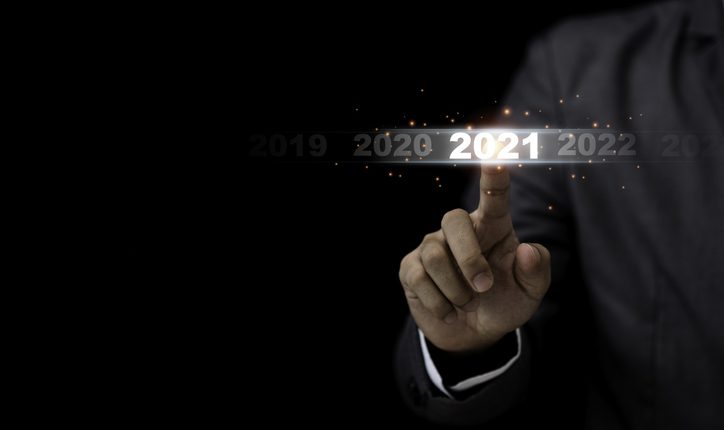 2020 has been a turbulent year for businesses across the world but as we reached the end of December, there has been some hope for those in the Mergers and Acquisitions (M&A) space. Figures published by the Office for National Statistics (ONS) revealed that, in the three months to the end of September, the value of deals in which one UK company acquired another rose to £4.4bn. This is an increase of £400m in the April to June quarter and £3.2bn from January to March. Across the same period, the value of deals done in which a company from abroad bought a UK business rose to £2.9bn, up from £2.1bn during the previous quarter.

Globally, the market has shown signs of rapid recovery due to the announcement of the COVID vaccine. In fact, companies across the globe announced almost $40bn worth of deals on the day that Moderna revealed trial data that showed its COVID-19 vaccine was highly effective, a week after similar news from Pfizer and BioNTech. According to the FT, this was a clear sign that chief executives are looking to tap cheap debt or use cash stored away during the crisis to carry out strategic M&A. Markets were also buoyed in the same period due to the conclusion of the US presidential election.

M&A deals have slowed during 2020; a year dominated by a global pandemic with reduced investment flowing towards COVID-specific assets classes such as personal protective equipment (PPE), remote working and learning solutions, and back-office technology and infrastructure for firms moving online. According to S&P Global Platts, in the US during the first three quarters of this year, the industry saw just 81 deal announcements, worth a total of US$7.75b; this is compared to 200 deals worth US$47.05b over the same period in 2019.

Despite a bleak year, the market appears to be surprisingly optimistic. According to a poll of executives and M&A professionals, 87% of respondents said they expect M&A activity involving privately-owned companies to increase in 2021. The poll, conducted by law firm Dykema Gossett PLLC, also revealed that more than seven out of 10 respondents expect to close a deal during the next year and 71% believe that the market will strengthen.

In fact, as we head towards the end of the year and Brexit, along with a recovering global economy, there are reasons to be optimistic for the M&A market, including distressed opportunities, cheap debt, new regulation and expansion into secondary market by global firms.

Part of this strengthening deal flow attitude is due to the broader economic recovery and confidence in the market as a whole. In its latest World Economic Outlook, the International Monetary Fund (IMF) predicts the global economy to experience a 4.4% contraction in 2020 and a partial rebound to 5.2% growth in 2021. In Dykema Gossett PLLC’s survey, respondents are optimistic about the economy after the US fell into recession earlier this year. Six in 10 said they hold a positive view of the economy over the next 12 months; 17% hold a negative view, and the remaining 23% held a neutral view.

One strategy is to be aggressive and make acquisitions happen whilst the market is opportune. The other is to sit tight and wait until things normalise.

This is also set to be boosted by a new US President, Joe Biden. In the week of the US election result, share prices were boosted by the largest growth in two months as a Democratic President would result in a major new stimulus package. London’s FTSE 100 closed up by 131 points, or 2.33%, at 5786. Furthermore, all three of the leading barometers of US share prices – the Dow Jones Industrial Average, the S&P 500 and the Nasdaq – were showing gains on the morning of election day in the US.

The M&A market is not only driven by sentiment but also investment into Small and Medium Enterprises (SMEs); a sector that has been hit hard by COVID. However, with a variety of stimulus packages delivered across the globe, large firms have the ability now to take advantage of the environment as we move into 2021. For example, at this moment in time, there are many distressed opportunities. With businesses laying off employees and the unemployment rate in the UK set to hit 2.6 million according to the Bank of England; larger firms have the ability to pick-up intellectual property and infrastructure from struggling firms.

As an expert in helping growing companies secure finance, here are the two approaches that I have seen companies taking and why now is an opportune time M&A.

As an investment banking firm with offices in London and Canada, specialising in M&A, capital transactions and corporate advisory, we are seeing two distinct strategies being utilised amongst our clients.

One strategy is to be aggressive and make acquisitions happen whilst the market is opportune. The other is to sit tight and wait until things normalise.

Acquiring during a downturn has historically produced greater total shareholder returns (TSR). A recent study performed by EY and Capital IQ indicates that companies making acquisitions that totalled 10% or more of their market cap in the 2008 downturn created 5% more TSR over three years than those who did not.

Done properly, strategic acquisitions that serve as a platform for long-term success via revenue, customer and asset growth, will provide the acquirer with the ability to capture above-market returns when market conditions begin to stabilise and grow.

When using debt to finance an M&A transaction, it becomes more affordable when interest rates are low. As I write this, the Bank of England’s base rate is at 0.1%, which means debt financing in the UK has never been cheaper. This low-interest-rate environment has a wide number of implications, the majority of which I will not get into, however, it does translate into a higher capacity for acquirers to service debt, thereby making M&A deals more feasible from affordability, size and aggregate basis.

Using the financial crisis of 2008 as the most recent comparison to what we face today, M&A valuations decreased by approximately 27% during that time. As such, companies making acquisitions during this period observed substantial discounts to market value. When companies, divisions and assets can be purchased for below-market pricing it creates immediate value for the acquirer.

According to the United States Small Business Administration, 90% of businesses fail within two years after being struck by a disaster. When we compare this to the economic impacts of COVID-19, it is certain that many businesses are going to be irreparably damaged. Furthermore, businesses that fail to adopt new technologies and ways of operating in this environment will only fall further behind. As a result, companies and ownership groups who have been negatively impacted by COVID are likely to be open to acquisitions, which can likely be acquired with favourable terms and valuations.

For companies that have confidence in the post-COVID recovery dynamics of their industry and are looking to add strategic value, the time is now to make acquisitions.