Mergers and acquisitions are firmly back on the agenda. The COVID pandemic caused widespread uncertainty, but with positive news about a vaccine becoming widely available in 2021 and now that the US presidential election is over, the way is clearer for takeovers, especially of those companies that were weakened by the pandemic’s impact. 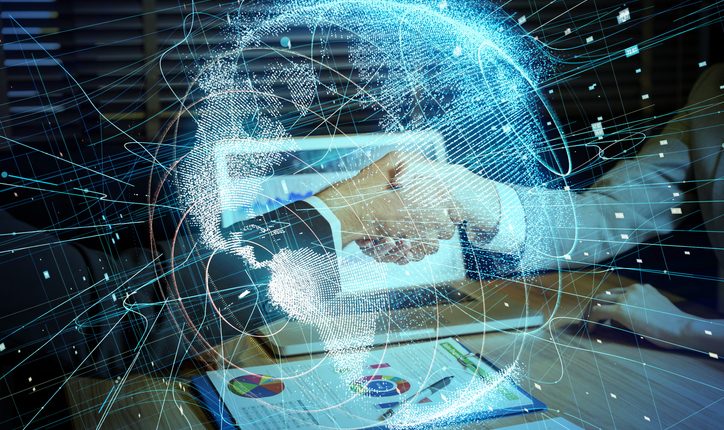 The impending Brexit will also be a key factor driving M&A. Companies with sales in the UK and the European Union will have to decide whether they will still want a foot in both markets. Buying UK companies has become more attractive now because Brexit has weakened sterling and made UK assets significantly cheaper. Brexit has also made UK companies unloved, depressing their share prices and making them attractive takeover targets. But UK companies will have to factor in the extra expense of buying EU companies priced in euros if they wish to establish a presence on the continent.

M&A is making a comeback

The evidence pointing to increasing M&A activity is strong. Q4 this year has been the third strongest for M&A activity in two decades, according to the Financial Times*. So far, US$612bn worth of deals has been agreed in Q4, up from $461bn and $491bn in the same quarter in 2019 and 2018 respectively.

While the last quarter of a year tends to be the busiest for M&As as dealmakers try to close deals before the year-end, the number of deals will likely be even higher this year as the backlog of deals caused by the pandemic comes back into play.

The economic background is also supportive of M&A activity. First, the cash required for takeovers is readily available. With interest rates at all-time lows and expected to stay so for some time, it is easier for companies to borrow funds than ever before. Second, the subdued global economy means companies will be strongly tempted to boost their revenues via takeovers.

Certain sectors are more prone to M&A activity. For example, smaller listed companies will become targets because of depressed share prices, while hard-hit sectors such as leisure, tourism, travel and retail will see a lot of struggling businesses become takeover targets. Valuing companies will be harder in the uncertain environment though and buyers able to show flexibility in terms of valuations will be more successful.

As competition hots up in the M&A market, participants will need to ensure they have the right resources to lead the pack. Personnel and expertise are key of course, but they also need the right tools. And a tool that makes deal-making significantly easier is a Virtual Data Room (VDR).

VDRs bring tremendous efficiency and an array of functionalities to M&A transactions. They began around 20 years ago as online versions of the physical spaces where confidential or sensitive information was held for relevant parties to view. They now provide secure online access to authorised users to conduct the deal process and come with a range of added functionalities.

The Drooms VDR, for example, can be set up quickly and easily, enabling users to operate in a fully regulatory-compliant framework immediately.

All the required documents can be uploaded, and invitations given to various interested parties, who can be assigned different levels of control within a secure environment. For premium security, documents are transferred exclusively via an SSL connection with AES encryption and a 256-bit key length.

Extensive reporting features mean all activities conducted within the VDR can be tracked and by use of Optical Character Recognition technology, desired terms can be searched for among all index descriptions and documents, with all hits flagged to users. International deals can be made even easier by real-time translations of documents, with new languages being added regularly.

VDRs continue to make substantial technological progress. Some now even incorporate blockchain technology and artificial intelligence (AI). The former is particularly useful in keeping a ledger for legal purposes while AI can be instrumental in conducting highly efficient due diligence.

Due diligence is crucial

The due diligence aspect is pivotal. Being able to conduct due diligence as quickly and accurately as possible is crucial. Failure to do so is the prime reason behind the mistakes made in deals, both by acquirers and those looking to sell.

For sellers, a VDR can help optimise and smooth the due diligence phase. They help to impress and attract a range of buyers, maximising deal values and preventing unwanted surprises by improving the accuracy of historical and financial data and fixing existing discrepancies before negotiations start.

For buyers, optimising due diligence means they can more accurately assess the true value of a target company, for example, in terms of identifying and capturing synergies, resolving leadership issues and assessing how to merge systems and processes. It helps them to prepare fully before a deal closes and afterwards when the integration process must be put into effect.

Fierce competition and pressure to do deals mean that players in the M&A market need leading-edge tools if they are to operate effectively. This will likely become all the more apparent in the New Year as Europe adapts to Brexit and recovers after the shock of the COVID pandemic. The winners in the M&A market will be those who ensure VDRs are their first tools to hand.

Increased Pressure On Borrowers As BoE Set To Raise Interest Rates To 1.75%

BP Profits Rocket Above $8 Billion Amid Cost Of Living Crisis