Fundamental changes are being made to the world of retail. The days of the high-street chain stores as king are numbered. Rick Smith, MD of Forbes Burton, a business rescue and insolvency expert, explains why. 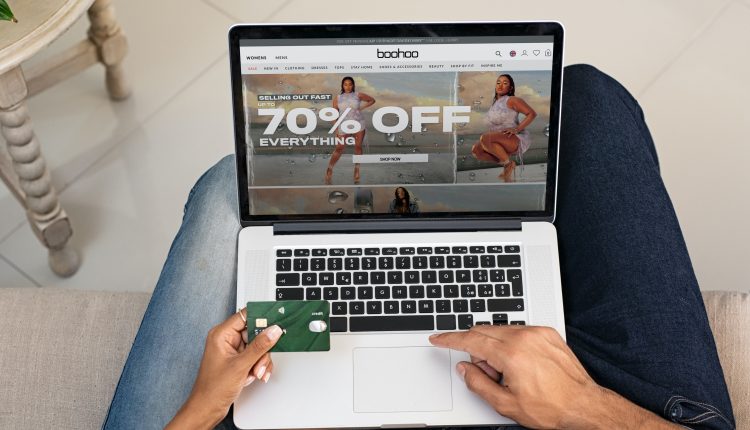 For some, it has been clear that the high street has been a significantly failing part of the economy for too long. Long gone are the boom times for larger stores, where footfall was abundant and shops were the only choice for customers. Having a monopoly on buyers is something that most industries would love, but for too long, eggs have been carried in one particular basket, and not enough has been done to assuage that as it has crumbled at its foundations.

The news that Boohoo, an already successful online retailer, has bought up the former retail giant Debenhams, has come as no surprise to those who have been watching the sector with interest for years. The surprise, at least in the long term, is that Boohoo does not intend to keep any of the brick and mortar stores open. What may have come as a shock for those that have dedicated their lives to working at some establishments is actually what needs to happen. The proof is there for all to see already, footfall is down and has been impacted severely by coronavirus. Prices in physical stores cannot compete with online retailers and people prefer the convenience of ordering, having a product delivered and what is key now, being able to return it.

So what does online do better?

Simply put, the likes of Boohoo, ASOS and Amazon offer something that shops simply could never do truly, and that is absolute convenience. Looking at a list of pros and cons, it should be obvious that the high street could never hope to compete. The process of travelling to a town centre, parking, finding a product and returning home, only to need to return said product is a huge strain on people’s already busy lives. Department stores such as Debenhams were designed for the 1980s and 90s, where shopping was a pastime and a day out. With more people working longer hours and with less free time, this kind of inconvenience was accepted as the only option until relatively recently.

Where Boohoo and other successful online retailers have won is where they have simply catered to that need. Delivery within days, the next day in some cases and a choice and stock indication system built into the shopping experience has meant customers don’t need to visit a store at all. Up until the past few years, teething problems with returns have proved to be the sticking point, but a solid R&D strategy has seen established retailers like NEXT transform what was a flawed system into something that simply works in the customers’ favour. This customer focus is something that will not only improve over time but will no doubt start to offer new unknowns for the future of customer service.

What can Boohoo do with Debenhams?

With the brand purchased and with the unwieldy retail locations dispersed as part of the deal, Boohoo has a trusted and respected name that will now be able to live on. Boohoo’s base audience is young, trendy and demanding. With that segment cornered, the older, more mature customers that traditionally shopped at Debenhams can now be targeted with the same infrastructure in place, but with a renewed focus on customer service and choice not previously seen.

The customers that Boohoo are now open to aim their marketing at are cash-rich, make regular purchases and will remain loyal if they see the brand remains much the same as what they used to know on the high street.

The news that Boohoo, an already successful online retailer, has bought up the former retail giant Debenhams, has come as no surprise to those who have been watching the sector with interest for years. The surprise, at least in the long term, is that Boohoo does not intend to keep any of the brick and mortar stores open.

This is where the crunch will be. Having made this huge purchase of £55 million, the work now starts on retaining that reputation for quality and style Debenhams has clung onto despite its financial woes. What may have worked for a younger audience, may not translate when engaging with an older age range used to different messaging and not as technically confident with ordering technology. Boohoo must know this and will be working out how best to present a return when it eventually happens.

What does this mean for other retailers?

It has been said for a long time that the future of retail is online, but that roots must remain in town centres across the UK. The true hybrid is yet to appear, but the idea that retailers can have ‘experience’ stores with an emphasis on a reason to visit and an online arm to deal with sales is one that has been floated. The completion of the sale of Sir Philip Green’s Arcadia Group means the end of some truly historic brands, at least in physical stores – the likes of Burton, founded in 1903 or Dorothy Perkins, founded in 1909. These names still hold water, and it will be interesting to see what happens to them under Boohoo’s steering as it joins Topshop, Wallis, Evans and more famous names.

As for the future of the high street, what can be said that hasn’t been floated by experts for many years? The function of shops will now be niche. Boutique shops and specialists will exist in a mix that combines retail or shopping with leisure, living and entertainment. Shared public spaces will be mixed-use and less general. As plans for new town centre regenerations appear, we are already seeing an emphasis on ‘place’ or community. This means that people now need to be encouraged to visit and enjoy these spaces, and larger department stores are now simply not these spaces. Those who choose to embrace change will be the ones who prosper where it has been too late for some.

The future is bright, however, it’s easier than ever to set up online businesses, to market yourself and to build a community around a brand. New ventures will arise from those who have honed their retail expertise for years, and there is a new, exciting age being welcomed quietly.

The short term may indeed be painful and full of job losses, but a sense of optimism, particularly as the Government is set to announce the Towns Fund investment of more than £3.6 billion to more than 100 locations it has identified across the UK to improve infrastructure and prosperity.

Retail may have changed, but it will never cease to exist. The future is online, and firms need to adapt – the events of the past year have shown that to be true.