With the UK on its way out of a third (and possibly final) nationwide lockdown, what can we expect to see in the Budget once it is released in March? 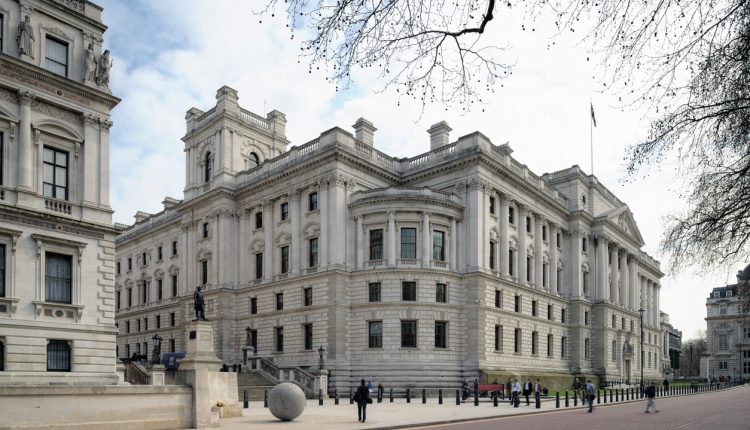 Nic Redfern, finance director at NerdWallet, lays out his predictions for what the Government’s priorities will be in the 2021 Spring Budget.

In spite of falling infection rates and the successful rollout of the vaccination programme, the Government is exercising extreme caution in its plans to lift lockdown restrictions.

This approach is understandable. Within the previous 12 months, the UK has faced three national lockdowns, as well as tiered regional restrictions. Keen to avoid a fourth lockdown, Prime Minister Boris Johnson has stressed that the route out of the third lockdown will be gradual, yet irreversible.

Such caution also means that many UK businesses – particularly those within the hospitality, leisure and retail sectors – will remain unable to reopen their doors for several weeks. Consequently, the 2021 Spring Budget is set to be dominated by “continued emergency support” for such organisations.

So, what sort of support can UK businesses expect to be announced by the Chancellor Rishi Sunak on 3 March?

The Great British high street has been on a well-documented decline over the past decade. However, the pandemic has exacerbated the struggles of bricks and mortar retailer outlets.

Conversely, COVID-19 has facilitated an eCommerce boom as UK consumers, unable to leave their homes, have become more reliant on online shopping. For example, the sales of Amazon UK’s wholesalers rose by an astonishing 51% last year. Put another way: it is predominantly merchants reliant on footfall and instore transactions that have felt the effects of the pandemic the hardest.

COVID-19 has facilitated an eCommerce boom as UK consumers, unable to leave their homes, have become more reliant on online shopping.

Consequently, it is expected that the Chancellor will extend the business rates holiday in an attempt to boost high street stores. Initially intended to end in April 2021, Mr Sunak has come under increasing pressure to extend the holiday for another 12 months.

It is yet to be confirmed exactly how long the business rates holiday will be extended for. However, I anticipate that it will at least extend until non-essential shops, pubs and leisure venues are allowed to fully open.

Extending the business rates holiday will also mean that the Chancellor is likely to hold off on announcing any reform to the business taxation system on Budget day. Last year, a review was launched into “levelling the playing field” between high street and online retailers; for example, introducing online sales tax, targeting tech and eCommerce giants is under consideration. Such changes would have likely been welcomed by high street businesses; however, any concrete decision will likely be postponed until the economy is on a more stable footing.

Nevertheless, while the Chancellor’s immediate priority will be the business rates holiday itself, it is important to note that we could see more dramatic changes to business taxation under this government.

A review of the furlough scheme

The furlough scheme has undeniably helped to safeguard the livelihoods of millions of employees. According to figures from HMRC, a total of 1.2 million employers had placed staff on furlough, as of December 2020 – costing the government £46 billion.

The Government initially planned for furlough to be a short-term scheme, with the intention being to end the initiative altogether in November 2020 and replace it with a new Job Support Scheme. However, rising infection rates and stricter lockdown measures meant that this could not happen, and the furlough was extended. It is now scheduled to end on 30 April 2021.

The furlough scheme has undeniably helped to safeguard the livelihoods of millions of employees.

With the Prime Minister’s roadmap making it clear that many non-essential organisations will be unable to open until summer, there have been inevitable calls for the scheme to be extended even further.

I expect the Chancellor to use the Budget to announce such an extension – at least for more vulnerable sectors such as hospitality, retail or leisure. Of course, the furlough scheme is expensive; difficult decisions regarding how to pay for it must be made in the near future. However, Mr Sunak will be aware that ending vital support such before vulnerable businesses are able to properly reopen will jeopardise their long-term survival.

Possible extension of the CBILS

The Coronavirus Business Interruption Loan Scheme (CBILS) provides small and medium sized businesses access to loans and other forms of finance up to £5 million. The Government guarantees up to 80% of the finance to the lender, whilst also paying interest and additional fees over the first twelve months.

This has offered some welcome financial breathing space for many organisations as they attempt to rebuild, post-COVID. However, the scheme is scheduled to end on 31 March.

Perhaps unsurprisingly, the deadline has been met with opposition; a recent poll revealed that almost a third (31%) of businesses are keen to see the scheme extended.

However, Mr Sunak has stressed that businesses will receive more support beyond March 2021. So, whilst it is unclear whether the CBILS will be extended, the promise of further support should offer some comfort to businesses.

Support for the self-employed

Throughout the pandemic, the Government has received criticism for excluding many self-employed people from its financial support schemes.

It did introduce the Self-Employed Income Support Scheme (SEISS), which offered relief to some. However, those who earned over £50,000 a year, paid themselves in dividends, or recently became self-employed were not eligible. This resulted in approximately 2 million people being unable to access financial support.

There are rumours that the Government is planning to extend the eligibility criteria of the SEISS, ensuring recently self-employed individuals are able to apply for the grant. Such an extension seems sensible. After all, the self-employed contributed £305 billion to the UK economy in 2019 alone; the Government cannot allow such a prominent economic force fall by the wayside.

It is evident that the Government’s focus for the Budget will be continuing its emergency support schemes for UK businesses. In particular, it is vital that the Chancellor focusses his efforts on safeguarding vulnerable sectors and organisations – those that have been worst impacted and those that will take some time to reopen fully.

Retail, hospitality, leisure businesses, as well the self-employed, have all faced significant challenges throughout the previous 12 months. And without adequate help, their long-term survival will be jeopardised. The Budget is an ideal opportunity to deliver further life support to organisations that need it, easing the transition out of what everyone hopes will be the final lockdown.