Retail Madness and Who Wins from the Gamification of Trading?

Disclaimer: This article was written ahead of the hearing on GameStop and Retail Trading by the financial services committee of the US House of Representatives on Thursday 18th February. 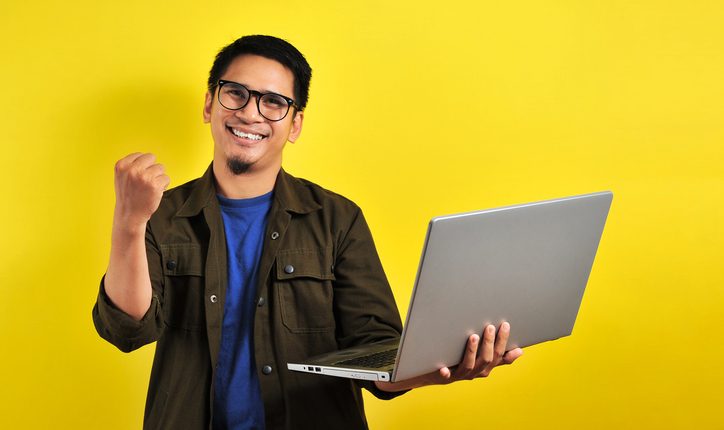 “It’s been an exciting few months for The Chocolate Teapot Company “TCTC”. Despite the difficulties we are still encountering utilising the product for its primary purpose, we are confident we shall achieve planned sales and profitability in the foreseeable future. We were delighted to have completed the merger of the company with the Special Purpose Acquisition Corporation “Mooncheese II” in December for $2 billion. The subsequent dramatic rise in TCTC’s stock price demonstrated the market’s long-term engagement with our future plans, including our new range of digitised Chocolate and Marshmallow toothbrushes.

The success of the TCTC proposition, and investor faith we will perfect chocolate technology to address the environmental imperative of replacing metals and plastics in high-temperature liquid vessels in the digital economy, was conclusively demonstrated by the stock’s rise from $2.57 last year to $483 in January 2021. We were one of the most discussed stocks on a widely read retail-investor discussion site.

We were particularly delighted to have been described as a “187-bagger”, even though none of our chocolate tea-pots are currently designed for that number of tea-bags.”

Coincidently, GameStop, the US games company that improbably rose from $2 to $480, was also a 187-bagger for some investors who timed their entry and exit perfectly.

Unlike The Chocolate Teapot Company, GameStop’s rise provides a great illustration of a truly insane market. Not a single professional analyst, market commentator or stock picker has had anything positive to say about the firm. Everyone knew it was likely to end up as the next dead retailer – a bricks-and-mortar shop in a digital world, as obsolete as Blockbuster Video. Unsurprisingly, smart Wall Street hedge funds were shorting the stock.

That was until a chap who once worked in marketing for a US trust company started saying positive things about it on the WallStreetBets subreddit. Despite the fact he apparently is a CFA charter holder and passed all of his securities exams, he started making videos about what a great company GameStop was and hung around on website stock boards pumping his positive story.

Last year, he had less than 600 social media followers. This year, Reddit users found his “Roaring Kitty” comments and the photos he’d posted of his rising profits in the stock. The price of GameStop went ballistic. When The Wall Street Journal interviewed him in the middle of the madness, he was sitting on a $33 million profit on his position.

A horde of retail radicals piled into the stock, and after being fed the tale about how some funds were short, they’d turned buying the stock on their RobinHood free trading apps into a holy crusade against Wall Street. They urged each other forward, driven by memes like“This is the way” as they were buying more and more, pushing the price higher. They scored an “enormous” victory by crushing a hedge fund caught on the wrong side of the buying pressure.

Some people claim to have made lots of money – perversely as many are now bragging about how much they have subsequently lost. But, the “ballistic” stock price trajectory means that what went up, came down just as steeply. A whole number of greater fools held on at the top and, as the price tumbled, they inevitably made friends with the big round friendly thing approaching them at speed…the ground.

As they say, it’s not the fall that kills you. It’s the sudden stop at the bottom.

It’s led to insane speculation, further fuelled by ultra-low interest rates that make stocks look the best relative investment value. Many of the millions of young millennials and Gen Ys and Zs stuck at home because of COVID-19 lockdowns have been attracted to stock trading sites like RobinHood and the gamification of the stock market these apps have created. A few new retail investors have made off like butchers’ dogs with the sausages – unable to believe how easy it is to pick winners and see their initial investments double, triple or more in today’s ‘the-only-way-is-up’ market.

Ultimately, we all know that most retail investors will likely lose.

Those of us slightly longer in the tooth, greyer in the lockdown beard, and less inclined to gamble the retirement pot… are now consumed with FAMO or Fury At Missing Out. If only we’d bought Bitcoin last summer, or why didn’t we listen to the prophets of Tesla and followed the stock higher. There is nothing like opportunities missed to make a second lockdown and a bad winter worse.

But unlike the RobinHood generation, no one with any real experience of markets believes in double or triple baggers. We know markets are based on realities, sound analysis and preparation. We also know that markets are about information – and that opportunities, where one person spots something everyone else has missed, is extremely rare – unless the logic of markets has been undone.

Some other forces have been at work here.

As GameStop reached the top and tumbled, retail investors cried foul as RobinHood and other sites suddenly stopped them trading. RobinHood found it had to pay $3 billion in additional margin calls to the clearing houses. It had to raise new capital to cover its positions as the DTCC closed in on its operations. Retail investors found themselves trapped in illiquid positions.

The market remains what it always has been – seriously loaded against the unprepared retail investor. They are furious with RobinHood.

The lesson? There is no such thing as a free trading app.

The lesson? There is no such thing as a free trading app. Firms like RobinHood make their money selling their orders to large firms like Citadel Securities to execute their stock and option orders. Interestingly, Citadel was also the firm that bailed out the Melvin Capital hedge fund, after GameStop shorts nearly sunk it. Some estimates suggest that 27% of the US Stock market order flow now goes through Citadel, as well as 46% of retail volume. It made $1 billion in Q4 2020 from its execution platform.

What the madness of GameStop illustrates is the danger of gamifying stock investments and the way Wall Street works. Zero commission sites have made millions for their operators, but they exist to channel orders to firms like Citadel – which has made billions in effectively risk-free profits, by executing retail orders. It encouraged the retail boom by allowing RobinHood and others to offer commission-free trading apps to unprepared retail investors.

Who goes to jail? No one I expect…