One Year On: How Has COVID-19 Changed Business?

The first UK-wide lockdown was announced on 23 March 2020. How far have we come since then? 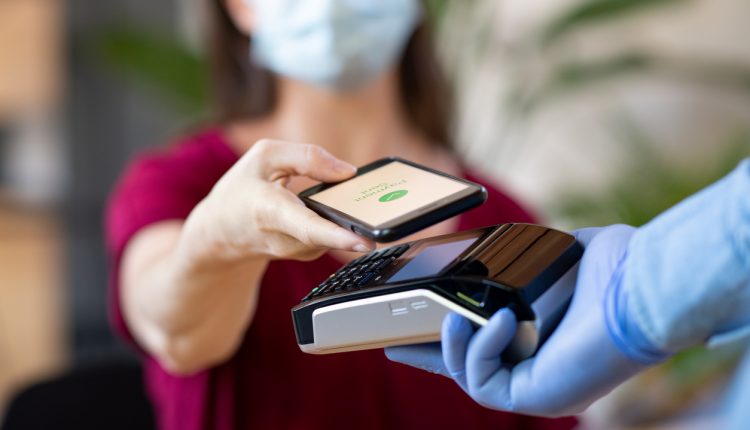 On 11 March, amid the rapid growth of coronavirus cases across Asia, Europe and the Americas, the WHO made the assessment that COVID-19 could be characterised as a pandemic. Since then, there have been 2.7 million COVID-19 deaths worldwide, more than those caused by any other infectious disease for over a century. Once-common ways of living and working have been upended, forcing businesses and the recession-stricken global economy to adapt.

Below, Finance Monthly looks back at some of the most significant ways in which the pandemic has changed the world of business – in some cases permanently.

The impact of the COVID-19 pandemic is not identical across each sector, but almost all industries saw an unprecedented shift in the way they operate. For physical retail and hospitality this meant mass closures and furloughed staff, while for other businesses it meant a spike in remote working as offices were forced to close.

In April, when the first nationwide lockdown was in effect, 46% of the UK workforce did at least some work at home, with 86% doing so as a direct result of the pandemic. The shift away from the office was even more pronounced in the US, with an estimated 56.8% of employed Americans working from home at least some of the time. The “new normal” of work has brought increased flexibility to many jobs but also created new difficulties as traditional avenues for networking and employee onboarding have been restricted.

Some, like Goldman Sachs CEO David Solomon, believe the current state of affairs is an “aberration” that will die out once the pandemic is under control. However, among SMEs there is every indication that the shift to remote working will be permanent. Most firms have seen workplace productivity remain steady or even improve after shifting to a remote working model, and physical offices remain a significant overhead for smaller companies. With some analysts estimating that as much as 70% of the US workforce will be spending time working remotely by 2025, it’s easy to imagine that a good number of firms will seize the opportunity to change their working models for good.

Most firms have seen workplace productivity remain steady or even improve after shifting to a remote working model.

One sector where remote working has proven to be impossible, of course, is international travel. Shifting restrictions of cross-border movement have made many journeys impossible, with catastrophic consequences for businesses that depend on them – particularly airlines, as the collapses of Flybe and Virgin Australia have demonstrated. Countries with economies dependant on tourism, such as Fiji, attempted to court wealthy international visitors during the summer months, with mixed success.

The UN estimates that upwards of $1.3 trillion of revenue in the global tourism sector was lost in 2020 alone – “more than 11 times the loss recorded during the 2009 global economic crisis,” according to the World Tourism Organisation, which also warned that between 100 and 120 million jobs in the sector had been placed at risk.

Now, there is renewed hope for a revived post-COVID travel industry – but mostly for the vaccinated. Though “vaccine passports” have not yet been officially implemented, companies like P&O Cruises expect such a system to have been adopted in time for the summer holiday season. British Airways has jumped ahead of the curve with plans to launch an app-based digital pass named VeriFly, which will require customers with two doses of a COVID-19 vaccine to log their details before being allowed to travel. The system is set to be rolled out in time for the easing of international travel restrictions on 17 May, though it remains uncertain how the global health crisis may have developed by then.

Hand in hand with the flight from physical offices, the pandemic has brought the benefits and foibles of digital tools into focus. Nowhere was this more apparent than in the financial services sector; in a single week during March 2020, the use of fintech apps and mobile banking services leapt 72% in Europe. Trading apps gained millions of active users on the back of stock market volatility and stay-at-home orders, sending Robinhood daily trading averages above 4.3 million in June.

In a single week during March 2020, the use of fintech apps and mobile banking services leapt 72% in Europe.

More traditional institutions have been forced to adapt to meet their more tech-savvy challengers as their legacy systems come under increasing strain. For major banks, with profit margins cut drastically by pandemic-induced credit loss provisions, this has meant placing greater focus on improving their online portals and security measures and diverting resources from the high street. HSBC has announced plans to close 82 of its UK branches as a direct consequence of this shift in strategy. Barclays and Lloyds Bank intend to shut down 63 and 56 branches respectively, while the Bank of Ireland aims to close 103 – more than a third of its locations.

While troubling for businesses and individuals that have historically relied on traditional lines of communication, the shift towards digital banking has been in the making since long before COVID-19. Along with the decline of transactions made through physical currency (estimated to make up only 9% of payments by 2028), the pandemic has forced an acceleration in financial attitudes born from necessity and convenience.

The shift towards digitised platforms is not unique to the financial services sector. A year after the onset of COVID-19, it is obvious that the businesses which gained the most were those with a substantial online presence. According to a UNCTAD study, both developed and developing nations saw a historic rise in eCommerce sales even as individual customer expenditure fell. US and Canadian eCommerce orders in particular grew 129% year-on-year from April 2019 to April 2020.

This move was hardly unprecedented; the 2003 SARS crisis left a lasting impact on business by launching the growth of Alibaba, JD.com and other Chinese businesses that have since become giants. Indeed, the strongest rises in online shopping during the COVID-19 era were seen in Turkey and China, with Chinese communication platforms WeChat, DingTalk and Tencent Conference benefiting from heightened interest from businesses just as Slack, Zoom and Microsoft Teams did in western markets.

Of those western companies, perhaps the biggest winners of the pandemic have been Facebook – owner of WhatsApp, Instagram and Facebook Messenger, the three most-used communication platforms of 2020 – and Amazon, which delivered record revenue growth of 38% to $386 billion through the last year. The accelerated growth of America’s largest tech giants, and the arguably monopolistic powers that they enjoy, has drawn renewed attention from US lawmakers and threats of tighter legal controls on the tech sector.

Whether or not any such changes are made, it is unlikely that they will reverse the explosive growth of eCommerce that the pandemic has spurred. Where pre-COVID analysis of online retail had expected the sector to grow by 18.4% for 2020, the year’s actual growth was closer to 46%; a change in business climate that might have taken multiple years to come to fruition under ordinary circumstances. We can only speculate at what other lasting changes will come of this unprecedented year once governments and firms have left the worst of the pandemic behind.