Bill Blain delves into the ins of outs of the ongoing Credit Suisse saga, exploring what the future holds for the bank. 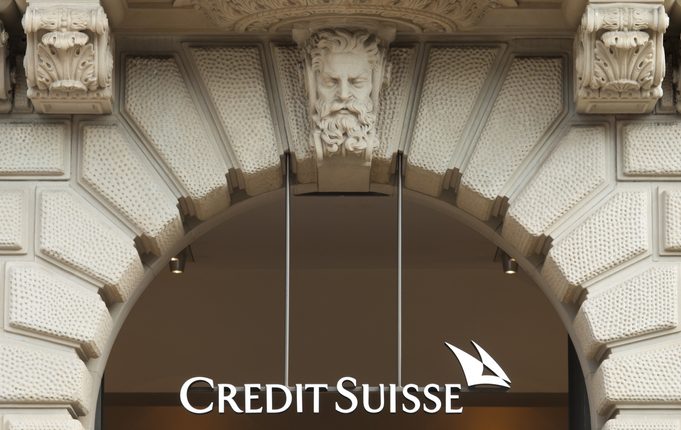 Pity former Lloyds Bank CEO Antonio Horta-Osorio when he steps in as chairman of Credit Suisse this May. He faces a banking nightmare.

These are not happy days for the Swiss bank. Credit Suisse has suffered enormous losses after being caught up to $10 billion on the wrong side of the Greensill ($3 billion and counting) and Archegos ($5 billion and maybe plus) debacles. The bank looks like a proof of Murphy’s Law: if it can go wrong, it will go wrong. But that is too simplistic – Credit Suisse has nobody to blame but itself. It created the internal conditions and mechanisms that led it into crisis. Its failure has earned it the disparaging moniker of “The Deutsche Bank of Switzerland”.

CS is being investigated into the respective lending snafus by the Swiss regulator. After denying absolutely it would be forced to raise new capital – it has sold a convertible bond issue to get its Tier 1 capital level back about 13% after the regulator intervened on risk and capital management.

Yet, if you visit Credit Suisse’s Private Banking website, it features the usual videos of smug client couples enjoying their wealth on luxury yachts. It makes all the usual hackneyed claims about being a “trusted partner” at “every life stage” with institutional experience of 164 years in business, numerous best banks awards and “Swiss-class customer service”.

How would you price the bank? When it comes to private banking, reputation is everything – especially for Credit Suisse which was busily leveraging its “gold-plated reputation” while “pivoting” its High-Net-Worth and Ultra-HNW businesses to Asia in the expectation it would attract new Asian money.

Let’s not overstate the crisis. The bank is not about to sink – but it is badly holed below the waterline. The head of the investment bank, Brian Chin and chief risk and compliance officer Lara Warner have walked the plank along with dozens of minor players. There were rumours circulating weeks ago that Warner’s position was untenable in the wake of the Greensill farce. Now the rumours say CS’ risk management systems were overwhelmed and simply unable to cope.

As a result of the crisis, the bank has dramatically scaled back leverage by cutting investment banking exposures – causing a mini-crisis for a number of medium-sized hedge funds. It has also trimmed its prime brokerage, the facilitation services it offers to hedge funds and family offices like Archegos. Staff in the bank’s once well-regarded investment banking division are said to be mass mailshotting their CVs and looking to exit the firm. Meanwhile, the private bankers are furious at the damage done to their franchise.

The bank now has to rebuild its reputation brick by brick. It’s not something that will happen overnight. It has to demonstrate it can’t happen again, that the culture has changed, and more competent management is in place. That means years of underperformance, losses and disaffection lie ahead before a new bank emerges, free of the current scandal – if it can.

No matter how cheap the bank’s stock looks today, should investors buy it cheap today, betting the new management can rebrand, remarket and regain market share? That’s a big ask when the key question isn’t whether banks like Credit Suisse will survive, but why should they? There are now multiple FinTech, funds and alternative wealth managers offering better, cheaper and bespoke wealth management services.

When I was a young banker, Credit Suisse First Boston and its militant, quasi-religious derivatives arm, Credit Suisse Financial Products, were among the most feared firms on the street. Their defining speciality was arrogance: you were unlikely to be good enough to be their client, and the rest of the street didn’t dare ask them for favours. It survived the global financial crisis that began in 2007, battered but relatively intact and was able to rebuild its capital levels on the back of its position as market leader. It walked while the US banks ran to grab market share.

I never understood why everyone thought the appointment of Tidjane Thiam as CEO was such a pivotal moment pointing to a splendid future for the bank. He proved another damp squib – setting it on its current road to nowhere as “a leading private bank and wealth manager with strong investment banking capabilities”. Take a look at the stock price for a view on how well that worked – down 45% since 2009. TJ’s reign ended in farce as he sent spies to follow rivals who dared to defect from the bank[1].

Next month, Horta-Osoria, the much-lauded Portuguese banker who “saved” Lloyds, takes over as the new CS chairman – everyone hopes he will successfully reinvigorate the bank, overhaul its creaking systems, and put it back on a route to profit and relevance. Really? Lloyds (and previously Santander/Abbey) is nothing like CS, and to be frank, the sleep-deprived banker did not exactly leave Lloyds looking a bright shiny success story, as the stock has flatlined for 12 years.

Let’s not overstate the crisis. The bank is not about to sink – but it is badly holed below the waterline.

What the Archegos losses show is CS not only got scammed in their role as a prime broker to the dodgy family office – failing to dig behind the veil of multiple total return swap positions the firm held with multiple broker counterparties. They were also slow off the block when the other prime brokers caught in Archegos’ web blinked and started selling. Goldman, Morgan Stanley and Deutsche Bank apparently got out scot-free!

Being blindsided by the rest of the market is a critical failing, despite banking analysts twittering about transparency, oversight, and investigating the apparent fraud. But what really caused one of the largest, most successful and prestigious banks on the planet to stumble twice, or what now appears to have been obviously flawed lending decisions?

It’s all about how banks remain on top of markets while managing risk and risk-taking culture. Do you take a risk based on gut feel or on what a spreadsheet tells you? Do you invest based on documentation and reports, or on the bigger picture of where a deal might go? Do you trust the traders or the risk management officers? Is the market about what spreadsheets tell you, or is it just a vast voting machine that repeatedly trumps common sense?

What the CS crisis proves is that risk is not a formula – it’s cryptography, experience and the art of finance combined. If you can’t see the wood for the trees – then risk management will fail.

Compare and contrast how Credit Suisse and Goldman Sachs fared in this farce. “Family office” Archegos was designed and structured specifically to arbitrage the system – largely unregulated, and able to do whatever it wanted. Despite founder Bill Hwang’s chequered past and previous history, the banks were keen to deal with him and seek profits.

Goldman Sachs’ risk managers took note of Hwang’s convictions and apparently turned him down a couple of times before the account was finally opened, at which point the Squid went in aggressively to win his business. Eyes wide open.

Credit Suisse seems to have made the same mistake twice: being unable to process and manage the expectations of bankers wanting to do the business in either high-yielding supply-chain finance with Greensill, or the complex derivative trades with Archegos, against the risks of what the counterpart was. In short – they didn’t know the client. Eyes wide shut to the dangers.

I’m sure Goldman understood perfectly what it was dealing with – and made its decisions accordingly.

The question is where does CS go from here? Trying to be a top private wealth manager and leading investment bank hasn’t worked. It’s no longer first division in either. In the CSFB days, it played with the big boys of Wall Street. Now it’s an also-ran. Rather like Deutsche Bank, CS has probably lost its relevance.